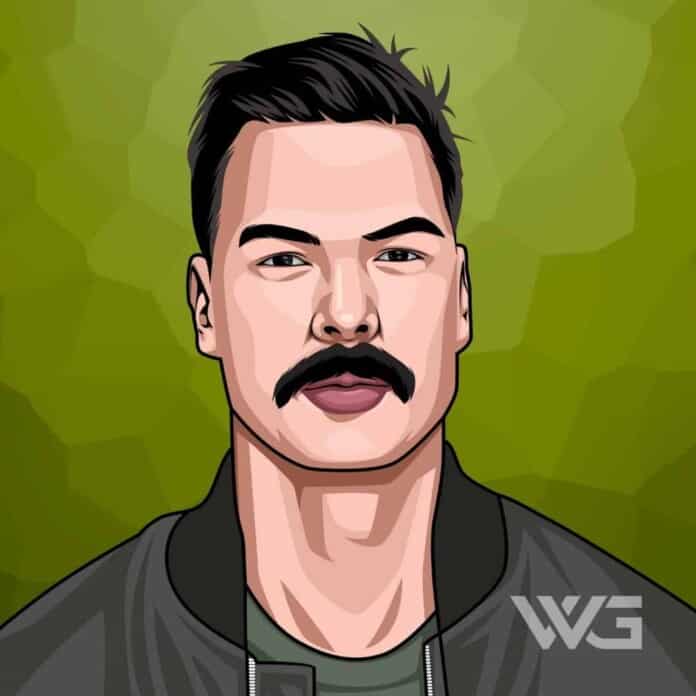 What is Dr. Disrespect’s net worth?

As of February 2023, Dr. Disrespect’s net worth is roughly $6 Million.

Dr. Disrespect is an American Twitch streamer and internet personality from California. Beahm has garnered over 3.7 million followers on the platform and is most known for playing battle royale video games, such as H1Z1, PlayerUnknown’s Battlegrounds, Black Ops 4: Blackout, and Apex Legends.

Beahm’s first video was posted on January 11, 2010, showing the gameplay of Call of Duty: Modern Warfare 2. He was featured in multiple videos for the gaming channel Machinima, mostly playing Call of Duty.

Beahm went inactive from YouTube in late 2011 and did not release any content for nearly five years.

In March 2011, Guy Beahm started working with ‘Sledgehammer Games’ as a community manager. He also became an expert in multiplayer games online. It was around this time Beahm came up with his Dr. DisRespect persona while playing ‘Halo 2’ on Xbox.

Following that, his videos like ‘Dr. DisRespect Gaming: Bleeding Scar-H EP1’ and the ‘Dr. DisRespect: The Theater Realm’ series made him incredibly popular in the game streaming community. It was his funny, boastful, and over-the-top commentary that endeared him to fans.

He also became active on Twitch around the same time, gaining more traction in the streaming community.

Dr. Disrespect was also promoted to Multiplayer Level Designer by ‘Sledgehammer Games’ in 2012, for ‘Call of Duty: Advanced Warfare’. He designed multiplayer maps like ‘Quarantine’, ‘Horizon’, ‘Slideshow’, etc. Designing some of the most admired maps of such a high-profile game was an incredible accomplishment.

Here are some of the best highlights of Dr. Disrespect’s career:

“I decided to change my gamer tag from ‘Diarrhea Panic.’ The Doctor character originated from playing Halo 2 on the Xbox, and it had proximity chat where you could engage with someone in real-time on the microphone, and I loved that; I ate that up.” – Dr. Disrespect

“They funded my studio, rent and broke down the revenue made from streaming. It came down to my wife, and she said to try to stream and see where it went.” – Dr. Disrespect

I always had him on the third monitor when I worked at Sledgehammer, and he’s always a fun watch. He’s someone I looked up to for how he handled his audience and himself; I’ve always enjoyed how he read his donations because he reads every single one. He’s an inspiration.” – Dr. Disrespect

“A lot of it is determined with what games come out, and you play off the entertainment ideas that will organically surface. I don’t know if I want to do Twitch forever because I’m not in my 20s, but we’ll see.” – Dr. Disrespect

Now that you know all about Dr. Disrespect’s net worth, and how he achieved success; let’s take a look at some of the lessons we can learn from him:

As long as karma exists, the world changes. There will always be karma to be taken care of.

2. What Goes Around Comes Around

You can’t get away with screwing people over your whole life. What goes around comes around. That’s how it works. Sooner or later the universe will serve you the revenge that you deserve.

3. Everyone Is Responsible For Their Actions

Each individual is solely responsible for his or her own actions, and every action will produce a reaction equal in every way to the suit of the action.

How much is Dr. Disrespect worth?

Dr. Disrespect’s net worth is estimated to be $6 Million.

How old is Dr. Disrespect?

How tall is Dr. Disrespect?

Dr. Disrespect is an American Twitch streamer, online gamer, YouTuber, and social media influencer. Known for his unconventional persona, wearing a mullet wig, mustache, and sunglasses; he is quite famous for his entertainment skills.

A prolific gamer, he often streams on Twitch battle royale games like ‘H1Z1: King of the Kills’and ‘Apex Legends’.

What do you think about Dr. Disrespect’s net worth? Leave a comment below.