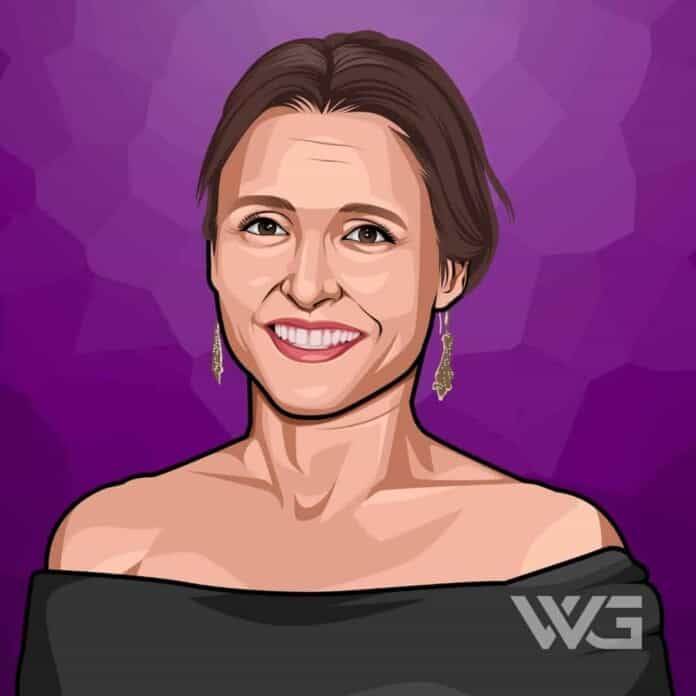 What is Julia Louis Dreyfus’ net worth?

As of November 2022, Julia Louis Dreyfus’ net worth is estimated to be roughly $250 Million.

Julia Louis-Dreyfus is an American actress, comedian, producer, and singer from New York. She is best known for her work in the television comedy series ‘Saturday Night Live’ and ‘Seinfeld’.

Dreyfus is one of the most awarded actresses in American television history, winning more Emmy Awards and more Screen Actors Guild Awards than any other performer.

Julia Scarlett Elizabeth Louis-Dreyfus was born on the 13th of January, 1961, in New York City.

Her American-born mother, Judith, was a writer and special needs tutor, and her French-born father, billionaire Gérard Louis-Dreyfus, chaired the Louis Dreyfus Company.

Her paternal grandfather, Pierre Louis-Dreyfus, was president of the Louis Dreyfus Group.

Louis-Dreyfus was asked to join the cast of NBC’s Saturday Night Live at the age of 21. She was a cast member from 1982 to 1985 and she was the youngest female cast member in the history of the program at that time.

During her time on SNL, she appeared alongside several actors who would later rise to prominences, such as Eddie Murphy, Jim Belushi, Billy Crystal, and Martin Short.

Following her 1985 departure from SNL, Louis-Dreyfus appeared in several films, including the Woody Allen-directed ‘Hannah and Her Sisters’, ‘Soul Man’, and ‘National Lampoon’s Christmas Vacation’.

In 2001, she made several special guest appearances on Seinfeld co-creator Larry David‘s show ‘Curb Your Enthusiasm”, playing herself fictionally trying to break the “curse” by planning to star in a show in which she would play an actress affected by a Seinfeld-like curse.

Here are some of the best highlights of Julia Louis Dreyfus’ career:

“If you feel rooted in your home and family, if you’re active in your community, there’s nothing more empowering. The best way to make a difference in the world is to start by making a difference in your own life.” – Julia Louis-Dreyfus

“Doing actual comedic material is just about the most joyful endeavor ever. That’s the truth.” – Julia Louis-Dreyfus

“There is sexism — I’m not denying its existence. just pay it no nevermind and say, ‘Get out of my way.’” – Julia Louis-Dreyfus

“It is, I think, harder for women. I haven’t quite figured it out, and all of my women friends haven’t figured it out -how the hell do you do this? How do you work and have families?” – Julia Louis-Dreyfus

“Before computers, telephone lines, and television connect us, we all share the same air, the same oceans, the same mountains, and rivers. We are all equally responsible for protecting them.” – Julia Louis-Dreyfus

“Elaine is just in pain. I think Elaine has become a very, very sad woman. She is someone who is in deep need of many hours of analysis and I like to think that I’m not that type of person.” – Julia Louis-Dreyfus

Now that you know all about Julia Louis Dreyfus’ net worth, and how she achieved success; let’s take a look at some of the lessons we can learn from her:

1. Be Your Own Happiness

Take responsibility for your own happiness, never put it in other people’s hands.

How much is Julia Louis Dreyfus worth?

Julia Louis Dreyfus’ net worth is estimated to be $250 Million.

How old is Julia Louis Dreyfus?

How tall is Julia Louis Dreyfus?

Julia Louis-Dreyfus is an American actress who is probably most famous for playing the role of Elaine Benes on the long-running television sitcom “Seinfeld”.

She played the role of Elaine on Seinfeld for nine seasons between 1989 and 1998. She is one of the most awarded actresses in American history.

As of November 2022, Julia Louis Dreyfus’ net worth is approximately $250 Million.

What do you think about Julia Louis Dreyfus’ net worth? Leave a comment below.