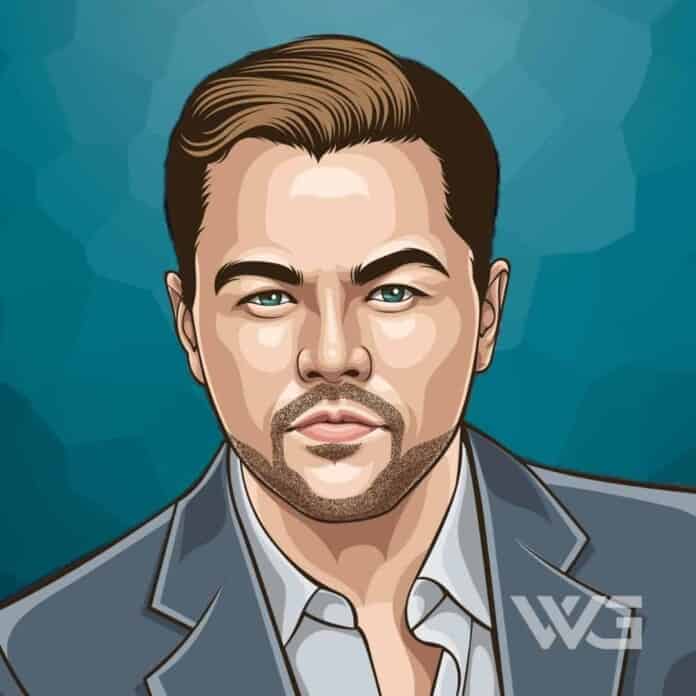 What is Leonardo DiCaprio’s net worth?

Leonardo DiCaprio is an American actor and producer from Los Angeles, California. Over the years, he’s gone to incredible lengths to ensure the films that he starred in were of the highest quality possible.

We’ve all seen him star in some incredible films over the past 20 years or so, and Leonardo DiCaprio’s net worth is estimated to be a heavy $260 Million.

DiCaprio was born in Los Angeles, California on the 11th November, 1974. He doesn’t have any siblings, and his father is a comic book artist/distributor.

Leonardo attended Seeds Elementary School and John Marshall High School a few blocks away, after attending the Los Angeles Center for Enriched Studies for four years. He also spent time in Germany with his grandparents when he was younger.

He eventually dropped out of high school, but still managed to earn his GED a while later.

DiCaprio’s career began with his appearance in several commercials and educational films. One of the first major films that Leonardo was featured in, was Romeo & Juliet. Within the next couple of years, he also starred in The Beach and Titanic.

All three of these films put him on the map and ensured him a lot more roles and income in the early 2000s. DiCaprio has shown true dedication to each one of his roles, and quite frankly, this dedication has only grown with his age.

Most recently in the filming of The Revenant, he acted out a lot of things that most actors would simply use props for. For example, he slept in real animal carcasses and ate raw bison liver. Those were not props used for the production. All that was real.

DiCaprio, throughout his career, has worked with some incredible names, including Jamie Foxx, Brad Pitt, Jonah Hill, and Margot Robbie.

As of February 2023, Leonardo DiCaprio’s net worth is estimated to be $260 Million.

Here are some of the best highlights from Leonardo’s career:

“Don’t think for a moment that I’m really like any of the characters I’ve played. I’m not. That’s why it’s called ‘acting’.” – Leonardo DiCaprio

“If you can do what you do best and be happy, you’re further along in life than most people.” – Leonardo DiCaprio

“I get a friend to travel with me… I need somebody to bring me back to who I am. It’s hard to be alone.” – Leonardo DiCaprio

“I’m not the kind of person who tries to be cool or trendy, I’m definitely an individual.” – Leonardo DiCaprio

“Brothers don’t necessarily have to say anything to each other – they can sit in a room and be together and just be completely comfortable with each other.” – Leonardo DiCaprio

“The good thing about acting is that it always keeps you on your toes… It’s not like any other job where you can go in and do the same thing as yesterday.” – Leonardo DiCaprio

View our larger collection of the best Leonardo DiCaprio quotes!

3 Keys to Success from Leonardo DiCaprio

Leonardo has stated multiple times that he loves what he does, and he takes advantage of all the opportunities he can get.

The only way to become really good at something is to love what you do. Without that passion, you will never push yourself to become the best at it.

2. Don’t Take Anything for Granted

This should be a given, but don’t take anything for granted. Nothing in life is guaranteed, people can easily forget those that helped them reach success once they’re finally there.

Be grateful, appreciate what you have.

3. Get Out of Your Comfort Zone

We know that when acting, DiCaprio is willing to put himself into uncomfortable situations and try things that he has never tried before.

Don’t be afraid to get out of your comfort zone; it is the only way to make yourself grow as an individual, faster than you ever have before.

How much is Leonardo DiCaprio worth?

Leonardo DiCaprio’s net worth is estimated to be $260 Million.

How old is Leonardo DiCaprio?

How tall is Leonardo DiCaprio?

With DiCaprio being one of the most dedicated actors this century, he has rightly earned every penny that’s held to his name. Leonardo DiCaprio’s net worth, once more, is roughly $260 Million.

What do you think about Leonardo DiCaprio’s net worth? Leave a comment below.

Demetrious Johnson was part of the title scene in the UFC for years, and being a headliner allowed him to become one of the highest earners in the company's history.

What is Lance Armstrong's net worth?  Introduction As of ,...