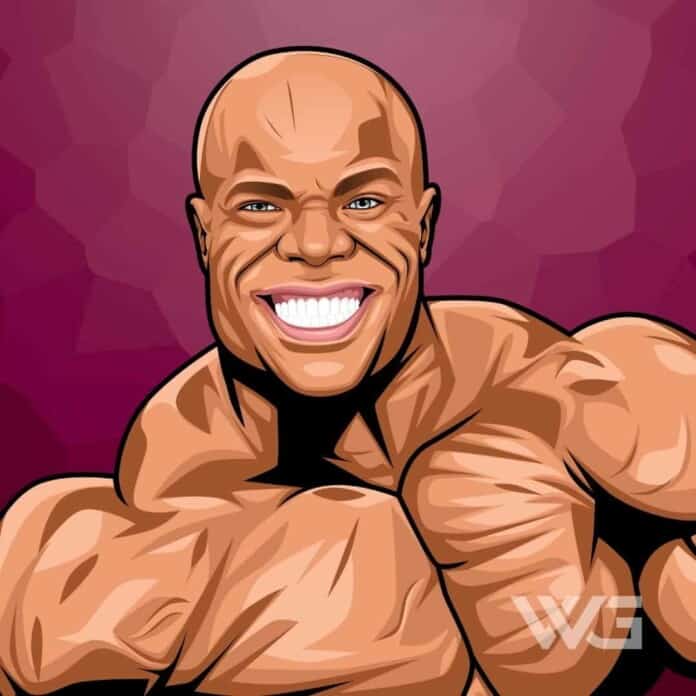 What is Phil Heath’s net worth?

As of February 2023, Phil Heath’s net worth is $8 Million, which makes him one of the richest bodybuilders in the world.

Phil Heath is an American professional bodybuilder and the current Mr. Olympia. He made the news recently for his latest win, which meant he now has the same number of Mr. Olympia wins as Arnold Schwarzenegger. That number being 7.

Phil Heath was born on the 18th December, 1979, in Seattle, Washington. Heath was very passionate about basketball as a youngster, and got himself a scholarship in the University of Denver because of his b-ball skills.

Whilst on this scholarship, he studied information technology and business administration; and played shooting guard on the Division I team for the university.

Phil Heath started bodybuilding in 2002 when he was 23 years old. He won his first competition in 2003, a year later, and went on to compete in a wide range of competitions; including the NPC, IFBB, and Mr. Olympia contests.

Recently Phil Heath won his 7th Mr. Olympia title; putting himself tied with the same number of wins as Arnold Schwarzenegger, which is an amazing achievement.

Will he continue competing, and keep smashing the competition?

Throughout his career, Heath has dedicated himself entirely to mastering his craft and improving his skillset. Check out Phil Heath’s workout routine on our fitness site, Jacked Gorilla.

Phil Heath’s net worth is now $8 Million, making him one of the richest bodybuilders in the world.

Here are some of the best highlights from Phil Heath’s career:

“Being negative and lazy is a disease that leads to pain, hardship, depression, poor health and failure. Be pro-active, and give a damn to achieve success!” – Phil Heath

“If it was easy everyone would be a champion, so you’ve got to decide if you’re that person that’s going to be a champion.” – Phil Heath

“The mind-set of a champion is that I put myself in a certain situation to win, I don’t play to lose, I don’t prepare to lose, I hate second place and I definitely don’t like silver.” – Phil Heath

“Arrogance is an exaggeration of the truth.” – Phil Heath

“Actually to be a champion your goal is to be a little bit better each day, making sure that every day is an opportunity to be at your best.” – Phil Heath

“Sometime you need to get your ass handed to you. That lights a fire under your butt.” – Phil Heath

3 Keys to Success from Phil Heath

What can we learn from Phil Heath’s success in bodybuilding? You’re about to find out. Here are 3 keys to success from Phil Heath, thanks to Venture Beat:

1. March to the beat of your own drum

Heath has been able to avoid injury throughout his professional career by training intelligently. He has been criticised in the past for not training with as heavy poundage as say the legendary, Ronnie Coleman, but it would be a mistake to fault Heath’s work ethic

Heath took a sensational third place in his first Mr. Olympia competition in 2008. He joined the ranks of the great Lee Haney and Dorian Yates to take a top three placing in a first attempt at a Mr. Olympia and became the first rookie to place in the top three since Flex Wheeler in 1993.

The next year, Heath was pinned as a favourite to take the Mr. Olympia title. A day before the Friday pre-judging, he caught a stomach virus which caused him to stand in front of the judging panel 10 pounds lighter than intended. Heath ended in a disappointing fifth place that year.

3. The media will talk. Accept it, but remember that you’re in control.

How much is Phil Heath worth?

Phil Heath’s net worth is estimated to be $8 Million.

How old is Phil Heath?

How tall is Phil Heath?

Phil Heath is one of the richest bodybuilders in the world, and his latest victory to give him seven Mr. Olympia wins is truly inspiring. Phil Heath’s net worth in 2021 is $8 Million.

What do you think about Phil Heath’s net worth? Leave a comment below.