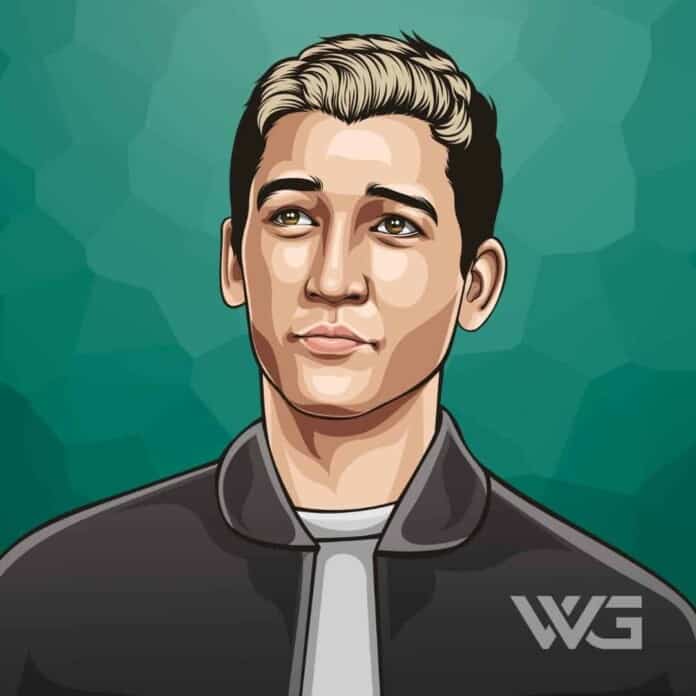 What is Miles Teller’s net worth?

As of February 2023, Miles Teller’s net worth is estimated to be roughly $10 Million.

Miles Alexander Teller is an American actor from Downington, Pennsylvania.

He initially gained recognition when he starred in his debut movie Rabbit Hole (2010), in which Nicole Kidman handpicked him for the role. After his success in Rabbit Hole, he continued to flourish as an actor.

He’s about to star in the role of “Gilbert” in the upcoming movie The Ark and the Aardvark.

Miles Teller was born in Downingtown, Pennsylvania on the 20th of February, 1987. He grew up with his parents and two sisters. His grandfather was of Jewish-Russian descent. When Teller was at the age of 12 he and his family moved to Citrus County, Florida.

Teller went to Lecanto High School where he was the president of a drama club and also the drummer of a church group band. He had a lot of talents during his years in high school, like playing guitar and playing baseball.

He earned a Bachelor of Fine Arts degree from Tisch School of the arts at New York University, whilst he also studied method acting at the Lee Strasberg Theatre and film institute.

Teller appeared in many short films before he made his first film debut in Rabbit Hole (2010), where the famous Australian actress Nicole Kidman handpicked him for the role in the film. In 2011 he was in the cast of the musical film, Footloose.

In 2013 he began to build a large fan base, and starred in 21 & Over directed and written by Scott More and Jon Lucas. He also won the Dramatic Special Jury Award for Acting at the 2013 Sundance Film Festival for his performance in The Spectacular Now.

Alongside the American actors Michael B. Jordan and Zac Efron, he co-starred in the comedy The Awkward Moment in 2014.

He was nominated for The Satellite Award for Best Actor and the BAFTA Rising Star Award.

Teller portrayed Peter Hayes in Divergent (2014) followed by the sequels Insurgent (2015) and Allegiant (2016)  which made him further recognized.

Since then, Teller has starred in many new releases such as War Dogs, Bleed For This, and Only The Brave.

Here are some of the best highlights of Miles Teller’s career:

“For me, I still have feelings for all of my ex-girlfriends. In different parts of my life, I would miss that person. There’s something that drew me to that person, and I shared something with them.” – Miles Teller

“When I was in high school, there was ‘Superbad’ and ‘The Girl Next Door’ and ‘Wedding Crashers’ and all these great movies. You hope to be a part of something that’s smart, funny and in that Todd Phillips-vein. You want to make something like ‘Superbad.’ That movie was so good and so funny.” – Miles Teller

“First play I ever did was ‘Footloose.’ I played the part of Willard when I was 16. I think I wore my drama teacher’s jeans and her belt – that’s how small I was. I know a lot of Willard’s backstory from the musical that’s not explored in the film. Like he’s got this whole relationship with his mama, and he sings this song ‘Mama Says.” – Miles Teller

“I don’t know if there’s an actors’ slow-pitch softball league I could join. My agency has a team, but they say it would be a conflict of interest for the people they rep to play because I could hit a pop-up and they’d have to drop it on purpose.” – Miles Teller

“So I think that in the beginning of your career you’re just looking to work. Luckily for me, my first movie was ‘Rabbit Hole’ and I got to work with incredible people, a Pulitzer Prize-winning writer, John Cameron Mitchell, and all the actors involved. So it’s tough, man, because you want to have credibility.” – Miles Teller

View our larger collection of the best Miles Teller quotes!

How much is Miles Teller worth?

Miles Teller’s net worth is estimated to be $10 Million.

How old is Miles Teller?

How tall is Miles Teller?

Miles Teller is quickly gaining steam as one of the biggest actors in Hollywood. He has been working with Hollywood stars like Zac Efron, Jonah Hill and Shailene Woodley.

As of February 2023, Miles Teller’s net worth is estimated to be roughly $10 Million.

What do you think about Miles Teller’s net worth? Leave a comment below.