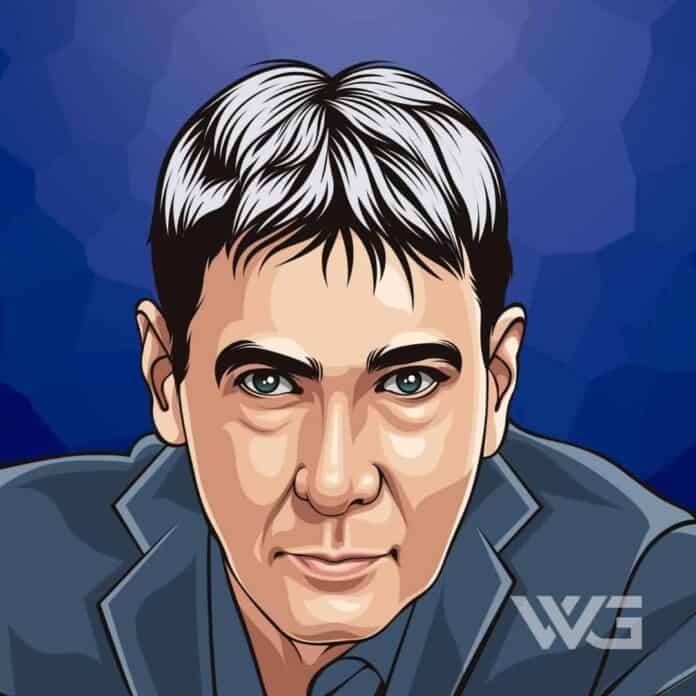 What is Harrison Ford’s net worth?

As of November 2022, Harrison Ford’s net worth is estimated to be roughly $300 Million.

Harrison Ford is an American film producer and actor from Chicago. He gained recognition when he starred in his debut film Dead Heat on a Merry-Go-Round in 1966.

After his debut performance, he decided to persevere with his acting and starred in movies like A Time For Killing and Luv (1967).

Harrison Ford was born in Chicago on the 13th of July, 1942. His father was an advertising executive and his mother was a former actress. She was also Jewish, and his father was Catholic.

Ford graduated from Maine East High School in 1960. He appeared in several radio shows in his school and he also took drama classes.

He started to gain a serious interest in building an acting career, and in 1966 he starred in his debut movie Dead Heat on a Merry-Go-Round.

In his early career, Ford was frustrated about his lack of success as an actor, so he became a carpenter to supplement his income. The director George Lucas gave him his first important film role in 1973 when he starred in American Graffiti.

In 1977 Ford collaborated with Lucas again searching for success, and he finally got the role as Han Solo in Star Wars. His performance helped him to raise his profile and after that, he could be in the film’s two sequels.

Around this time, Harrison Ford starred as another legendary film character to the big screen, Indiana Jones: Raiders of the Lost Ark, directed by Steven Spielberg. It spawned to several sequels, and after his success in the Indiana Jones films, he starred in Blade Runner (1982) directed by Ridley Scott.

Ford became a top movie star and he enhanced his reputation as a dramatic actor with several significant roles in the ’80s. He has achieved among many awards, including an Academy Award for his performance in 1985’s Witness, and for his role in Star Wars.

In the early 2000s, he starred in the latest sequel of Indiana Jones; the movie reached the top spot at the box office and in its opening weekend, earned 786 million worldwide.

Ford is going to star in the upcoming sequel of Indiana Jones 5, which will be on the big movie screen in 2020.

Here are some of the best highlights of Harrison Ford’s career:

“I realized early on that success was tied to not giving up. Most people in this business gave up and went on to other things. If you simply didn’t give up, you would outlast the people who came in on the bus with you.” – Harrison Ford

“May the Force be with you’ is charming but it’s not important. What’s important is that you become the Force – for yourself and perhaps for other people.” – Harrison Ford

“I don’t mind doing interviews. I don’t mind answering thoughtful questions. But I’m not thrilled about answering questions like, ‘If you were being mugged, and you had a lightsaber in one pocket and a whip in the other, which would you use?” – Harrison Ford

“The focus and the concentration and the attention to detail that flying takes is a kind of meditation. I find it restful and engaging, and other things slip away.” – Harrison Ford

“On the first ‘Indiana Jones’ movie, I tore an ACL in one of my knees – can’t remember which knee. The scene in which I was fighting the big German mechanic on an airplane called a flying wing, I was run over by the landing gear and injured my knee, but I can’t remember which one it was. Lots of bumps and injuries along the way.” – Harrison Ford

View our larger collection of the best Harrison Ford quotes!

Now that you know all about Harrison Ford’s net worth, and how he achieved success; let’s take a look at some of the lessons we can learn from him:

Nature doesn’t need people, people need nature. Our nature survives the extinction of the human being and goes on just fine. Human culture and human beings can’t survive without nature. We need our nature.

The most important thing is to be able to see yourself. As having commonality with other people and not determine, because of your good luck, that everybody is less significant, less interesting, less important than you are.

It’s a privilege to be able to be involved with talented people. Great collaboration is key and hard work.

How much is Harrison Ford worth?

Harrison Ford’s net worth is estimated to be $300 Million.

How old is Harrison Ford?

How tall is Harrison Ford?

Harrison Ford is one of the most worldwide famous actors in the film industry. He has appeared in movies like Star Wars and Indiana Jones, which have become two of the most noticeable and popular movie series’ of all time.

Today he is still a successful actor and he has a lot of upcoming projects. He has collaborated with brilliant actors such as Mark Hamill, Carrie Fisher, and Sean Connery.

What do you think about Harrison Ford’s net worth? Leave a comment below.