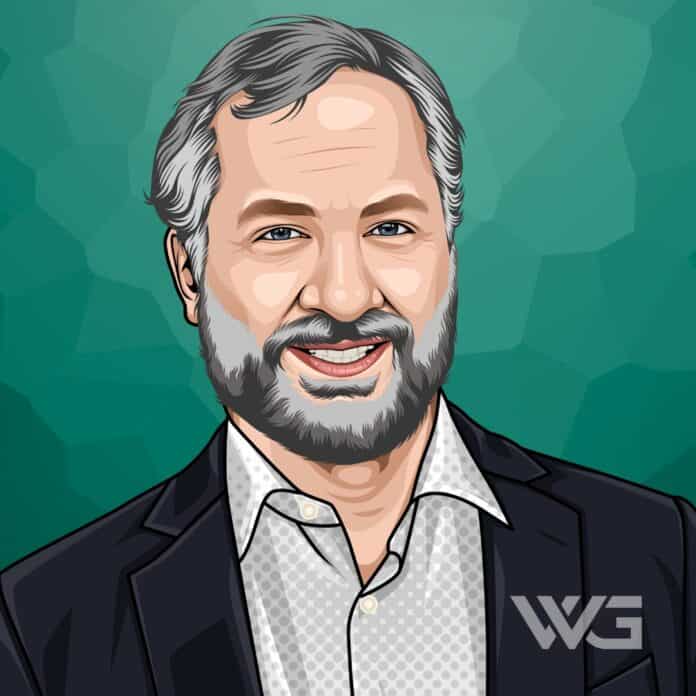 What is Judd Apatow’s net worth?

Judd Apatow is not only a renowned comedian, but is also the founder of Apatow Productions, a production company through which he’s created well-known television series such as Girls, Love, as well as Freaks and Geeks.

Judd has also produced legendary films, including Pineapple Express, The Cable Guy featuring Jim Carey, and The Big Sick, receiving many awards for his genius work over the years.

He has two other siblings and was born to Maury Apatow, who is a real estate developer. His father is Bob Shad, the founder of the Mainstream Records music label.

Judd’s parents got divorced when he was 12 years old, and he found himself staying with his father and on occasion visiting his mother. It was his mother who introduced him to the comedy world after he went to visit her at her job in a comedy club.

During his teenage years, Judd started working as a dishwasher at the Long Island Comedy Club. He attended Syosset High School and discovered his passion for playing jazz. His love for comedy was ignited while hosting his school’s radio station.

He had the great idea of calling comedians who inspired him, to interview for his school’s radio station.

He worked as a stand-up comedian from when he was 17 years old, continuing throughout his high school years. Judd graduated in 1985 and decided to attend the University of Southern California. It was there that he enrolled in the screenwriting program.

Unfortunately, he ended up dropping out of university during his second year after forming a bond with a well-known actor Adam Sandler. He ended up moving in with the famous actor, which helped create a path to a seriously successful career in comedy.

Judd met a manager named Garry Shandling, which led to him being hired as a writer for the 1991 Grammy Awards.

During the 1990s, Judd was involved with major television shows such as Freaks and Geeks, The Ben Stiller Show, and The Larry Sanders Show.

Judd made his debut as a director when releasing the hit film, The 40-Year-Old Virgin, in 2005. The film starred Seth Rogan, Paul Rudd, and Steve Carell. This was the movie that gave him a name in the film industry and put him on the map.

Not only was Judd climbing the Hollywood ladder at a rapid rate, but with the release of his first film, he had created a whole new comedic genre.

Judd decided to partner up with world-renowned Seth Rogan and created the masterpiece Knocked Up. After his two big hit films, comedians everywhere were fighting to be a part of Judd’s exclusive production company.

Apatow’s company became internationally well-known due to it having elite talents such as Seth Rogan, Steve Carell, Paul Rudd, and Will Ferrell on his team.

This led to the release of two comedic films, Funny People, which was released in 2009 and, This is 40, released in 2012. These films were, unfortunately, not as successful as his previous work.

He decided to become more involved in television series and created hilarious shows such as Girls, Bridesmaids, and Love.

It is notoriously difficult for comedians to make money in Hollywood, as the competition is fierce and public opinion is hard to keep up with.

Judd was lucky enough to team up with the who’s who of comedy and his films and television shows took off spectacularly.

With the success of his recent documentary about the world-famous comedian, George Carlin, Judd has opened another avenue for his creative talents.

His use of interviews to bring out the story of Carlin’s incredible life was perfectly done, with audiences getting to know the real George Carlin by the end.

Judd could never have imagined that his career would be as successful as it turned out, given the difficulties he initially faced.

However, with loads of talent and the ability to hook up with the right people at the right time, Judd was able to earn millions from his craft.

Here’s a breakdown of Judd Apatow’s annual net worth:

Judd is immensely wealthy, with a lifestyle and career that is the envy of his fans and critics alike.

He’s taken his skills to new heights by branching out into documentaries and it will be interesting to see how he moves on from here.

Judd Apatow was in the process of filming The Cable Guy in 1995 when he first met Leslie Mann.

The two hit off and two years later, in 1997, the couple got married. They have two daughters, Iris and Maude, who have been cast in various roles for their dad’s films.

The Apatow family have a mansion in Los Angeles and are currently all living under one roof.

Judd is one of the most popular and awarded comedians in Hollywood with a host of accolades to his name.

As early as 1993, he was acknowledged by Ben Stiller for his role in making a success of Ben’s show.

Here are some of the more memorable moments from Judd Apatow’s career:

Apatow is not only well-liked by his peers, but is a firm critic’s favorite for his insightful and entertaining productions.

His acting abilities are also legendary, with his voice being used in one of their episodes where he played himself.

How Does Judd Apatow Spend His Money?

Judd is a well-known philanthropist who works with NGO organizations across the globe on a variety of projects.

He also appreciates the value of having a solid property portfolio, with one of his $4.47 million properties in Los Angeles being sold in 2010 for $6.49 million.

Judd then purchased another home in 2005, located in Beverly Hills, for $1.65 million. He also bought Marty Adelstein’s home in Brentwood for $18.25 million.

Apatow is also the owner of a condo in Hawaii valued at $4.9 million, which he purchased in 2009.

Judd Apatow has always known that he wanted to be in show business, but it took an interview with the famous comedy actor Jerry Seinfeld to cement the idea.

Taking his love of acting and his talent for comedy, Judd launched himself onto the comedy scene with enthusiasm.

Here are some of the best highlights of Judd Apatow’s career:

Judd’s friendship and later business relationship with Seth Rogan resulted in a string of successful shows. Recently, Judd co-produced a romantic comedy called Bros in 2022 to much acclaim.

Judd is acutely aware of his relationship with the audience during his shows, and it is important to him that they get the joke.

He also wants to try new material with each project and isn’t afraid to try something different, even if it doesn’t quite work out the way he wants it to.

Here are our favorite quotes from Judd Apatow:

For all his joking around, Judd is a workaholic who is never satisfied until his work is done exactly right.

Now that you know all about Judd Apatow’s net worth, here are some of the best success lessons to learn from Judd Apatow:

1. When You Do Something, Do It To The Best Of Your Abilities

Judd was very critical of his work and would not release just any film until he was happy with it. Except for a hiccup or two, Judd has gone on to release masterpieces that will be remembered for years to come.

Judd was around lots of big-time stars, but this never made him question his position or feel inferior.

He has always been confident in his abilities, which made him one of the biggest stars in Hollywood.

3. Experimentation Is Part Of The Process

In everything, experimenting is always key when taking one idea and creating a whole new twist on it altogether.

Judd believes in experimenting when filming, so that he can capture things never caught on film before.

Judd has created and directed masterpieces throughout his career and will go down in film history for his unique comedic tactics.

He always knows how to put on a funny show or produce a new joke when he’s working with the elite of Hollywood and that makes him a sought-after commodity.

What do you think about Judd Apatow’s net worth? Leave a comment below.

What is Thom Yorke's net worth?  Introduction  Thom Yorke is an...