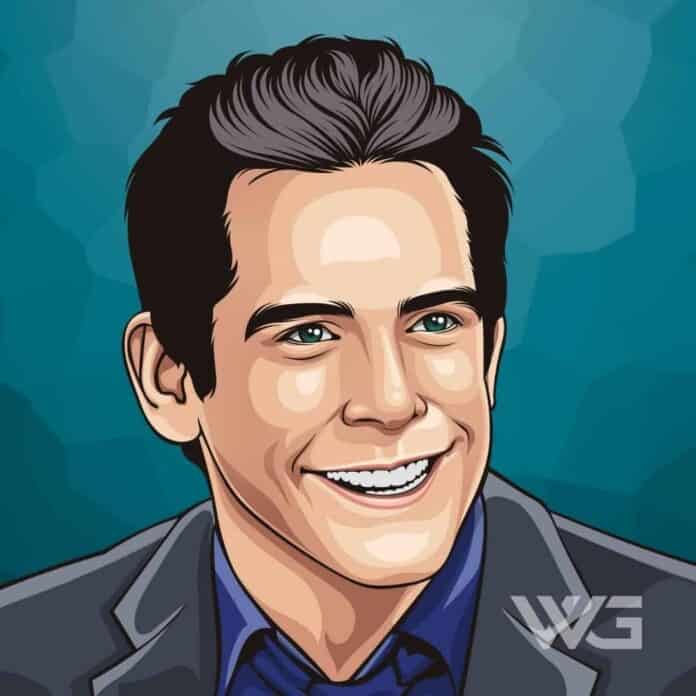 What is Ben Stiller’s net worth?

Ben Stiller is an American actor, comedian, and producer from New York.

Ben Stiller was born on the 30th of November, 1965, in New York City. Stiller is the second child of famed comedians Jerry Stiller and Anne Meara.

He was raised on Manhattan’s Upper West Side, and he attended the University of California at Los Angeles but left only after 9 months.

Two years later, Stiller made his big screen debut in ‘Fresh Horses’ starring alongside Brat Pack. He described the backstage atmosphere there as “very negative” and, disillusioned, left for Los Angeles after just five weeks as an SNL writer.

Stiller began working on ‘The Ben Stiller Show’ that aired on MTV before being picked up by FOX for a brief run. The Ben Stiller Show became a fertile breeding ground for young, hip comics, with Bob Odenkirk, Andy Dick, and Janeane Garofalo.

He returned to the big screen in the David O. Russell comedy ‘Flirting with Disaster’ and ‘The Cable Guy’.

It was Stiller’s starring role in the gross-out comedy ‘There’s Nothing about Mary’, alongside Cameron Diaz and Matt Dillion, that gave him worldwide fame.

The following year, the comedian co-wrote the mock self-help book, Feel This Book: An Essential Guide to Self-Empowerment, Spiritual Supremacy, and Sexual Satisfaction, with Garofalo.

In 2004, Stiller teamed with Owen Wilson for an update of the classic TV action comedy Starsky & Hutch and played Vince Vaughn’s nemesis in the comic spoof Dodgeball. He also paired with Jennifer Aniston for the romantic comedy Along Came Polly.

Stiller directed and starred in ‘Tropic Thunder’ and the remake of ‘The Secret Life of Walter Mitty’, drawing mixed reviews. During this period, he also appeared alongside Eddie Murphy in the comedy caper ‘Tower Heist’, and reunited with Vince Vaughn for ‘The Watch’; also starring Jonah Hill.

The funny-man then prepared to reprise one of his most famous roles with Zoolander 2, set for a 2016 release.

Here are some of the best highlights of Ben Stiller’s career:

“I was a bad student. I liked archaeology actually, I was interested in maybe becoming an archaeologist but I was such a bad student and had such bad grades that I wasn’t going to get into any really good college so I fell back on acting.” – Ben Stiller

“It’s important that we came here, just to touch base here in this great country… When I was about 16 I came with my dad for a couple of weeks and had a great time and I’ve wanted to come back, it’s been way too long. So, I’m very happy to be here and I want to come back longer with the rest of my family.” – Ben Stiller

“I was staying on Eric Schaeffer’s couch in New York, and he said, “I’ve got this movie. Can you do five days on it?” And I was like, “Yeah, anything. Twenty-four hours times five is 120 hours. Oh, great, I’ll fill 120 hours of my life with something.” So I did that and it was fun, and then I did Flirting with Disaster.” – Ben Stiller

“When I didn’t have a family, I was much more of a workaholic. I still like to work, but I also want to be home with them. As you get older, you realize you need balance. If it’s not fun, what’s the point?” – Ben Stiller

Now that you know all about Ben Stiller’s net worth, and how he achieved success; Let’s take a look at some of the most hilarious lessons we can learn from him:

Pics or it didn’t happen? You know it happened and you don’t need to prove it to anyone. Sure you want to capture the moment, but don’t let that stop you from living in it.

All the app updates in the world have nothing on beautiful, fleeting human interaction.

3. Learn how to bake

Or befriend someone who knows how. Because you never know when you’ll need a cake so good, it’ll be the way to a warlord’s heart and homeland.

How much is Ben Stiller worth?

Ben Stiller’s net worth is estimated to be $200 Million.

How old is Ben Stiller?

How tall is Ben Stiller?

Ben Stiller is one of the most hilarious and talented actors in the world. Stiller has worked with some of the best stars including Cameron Diaz and Matt Dillion.

What do you think about Ben Stiller’s net worth? Leave a comment below.