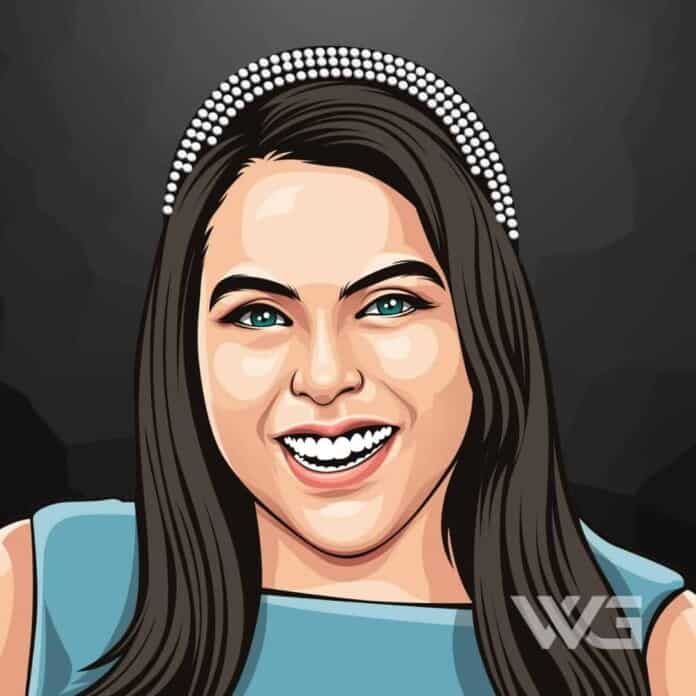 What is Beanie Feldstein’s net worth?

As of January 2023, Beanie Feldstein’s net worth is estimated to be $3 Million.

Beanie Feldstein is an American actress from Los Angeles.

Elizabeth Greer “Beanie” Feldstein was born on the 24th of June, 1993, in Los Angeles. Feldstein is the daughter of Sharon Lyn, a costume designer and fashion stylist, and Richard Feldstein, a tour accountant for Guns N’ Roses.

Feldstein made her acting debut by appearing in the ABC comedy series ‘My Wife and Kids’ in 2002. In 2012, she played Megan in the musical television pilot ‘Madison High’.

In 2015, Feldstein appeared as a guest in the third season of Netflix’s comedy series ‘Orange Is the New Black’

Feldstein had a significant role in the comedy ‘Neighbors 2: Sorority Rising’, alongside Seth Rogen and Zac Efron. The film was released on May 20, 2016, by Universal Pictures.

In 2016, it was announced that Feldstein would play Minnie Fay in the 2017 Broadway production of ‘Hello, Dolly!’, alongside Bette Midler, making her Broadway debut.

On August 29, 2019, it was announced that Feldstein would be starring in Richard Linklater’s film adaptation of ‘Merrily We Roll Along’, which would be shot over the course of twenty years.

Here are some of the best highlights of Beanie Feldstein’s career:

“The expression that friends are the family you choose is so powerful because most people are close with their families, and when you add people into that level of trust, love, and loyalty, it’s a really meaningful thing. The fact you’re actively choosing each other is so beautiful at its core.” – Beanie Feldstein

“I feel really lucky in that all of the projects I worked on I’ve been comfortable saying, ‘I don’t want to wear this.’ No one has forced me into being anything I don’t want to be. On ‘Neighbors,’ being chubbier than the other two actresses, I was like, ‘Am I gonna get the chubby girl wardrobe?’ But I ended up liking my wardrobe the best.” – Beanie Feldstein

“If I were to talk to my younger self, I would say, ‘Girl, you’re gonna be on Broadway one day.’ I sometimes think about my younger self knowing that and how ridiculously she’s sobbing somewhere, so I would love to tell her that it’s all going to happen.” – Beanie Feldstein

Now that you know all about Beanie Feldstein’s net worth, and how she achieved success; let’s take a look at some of the best lessons we can learn from her:

Life is not always perfect. Like a road, it has many bends, ups, and downs, but that’s its beauty.

Sometimes when you least expect it, the tables turn and that scary feeling that has taken hold of you for so long somehow turns into hope.

Know who you are, and be it. Know what you want, and go out and get it!

How much is Beanie Feldstein worth?

Beanie Feldstein’s net worth is estimated to be $3 Million.

How old is Beanie Feldstein?

How tall is Beanie Feldstein?

As of January 2023, Beanie Feldstein’s net worth is estimated to be $3 Million.

What do you think about Beanie Feldstein’s net worth? Leave a comment below.