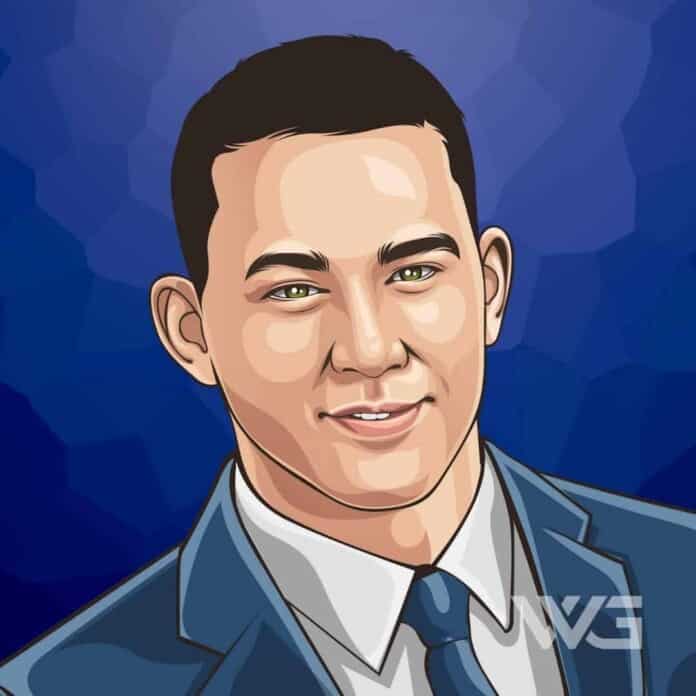 What is Channing Tatum’s net worth?

As of February 2023, Channing Tatum’s net worth is roughly $80 Million.

Channing Tatum is an American actor, making his debut in 2005 in the film Coach Carter, with Samuel L. Jackson.

Tatum has starred in a wide range of films, and depending on your movie taste, you probably know him from the likes of either; 21 Jump Street, Magic Mike, Step Up, or Dear John.

Channing Tatum was born on the 26th April, 1980, in Cullman, Alabama. His mother Kay was an airline worker, and his father Glenn was a construction worker. Tatum also has a sister called Paige.

Channing Tatum’s family moved to Mississippi when he was only 6 years old; and as a child he struggled with ADD and Dyslexia, which caused a lot of problems in school.

However, Tatum was very much into sports, including football, soccer, baseball, track and more.

He graduated from Tampa Catholic High School, and briefly attended Glenville State College in West Virginia on a football scholarship, but dropped out.

Before Channing Tatum was a famous movie star, he worked as a model for the likes of Armani, and Abercrombie and Fitch. He was even voted one of the top 50 most beautiful faces in 2001 by Tear Sheet Magazine.

From modelling, Tatum transitioned into TV commercials, landing gigs for Mountain Dew and Pepsi in 2002. His first ever film debut was in 2005 when he starred in Coach Carter.

Since then, he’s made a highly successful career out of acting, and the films he’s starred in show that Tatum can do it all. From Magic Mike, to Dear John, to 21 Jump Street; diversification is one of Channing’s strong suits.

Tatum has worked with stars such as Jonah Hill and Mila Kunis.

As of February 2023, Channing Tatum’s net worth is estimated to be $80 Million.

Here are some of the best highlights of Channing Tatum’s career:

“Life is too short to miss out on the beautiful things like a double cheeseburger.” – Channing Tatum

“I don’t know if I’m very complicated at all. I wish I was, I wish I was one of these deep, intricate people. But I just love having fun really.” – Channing Tatum

“Someone who doesn’t take herself too seriously and can be a goofball. Because everyone’s a nerd inside, I don’t care how cool you are.” – Channing Tatum

“I’ve always had way too much energy so I’m always looking for new things to do to channel that energy.” – Channing Tatum

“I read so slow. If I have a script, I’m going to read it five times slower than any other actor, but I’ll be able to tell you everything in it. It kills me that there are standardized tests geared towards just one kind of child.” – Channing Tatum

“I believe in love, I believe in good stories. I play really hard on the weekends because I like to have those stories. My wife and I go off and do craziness all the time. We’re just like, ‘What can we go get into this weekend?’ Then we have other ones where we just sit and do nothing and then we have work that we do. It’s all memories.” – Channing Tatum

How much is Channing Tatum worth?

Channing Tatum’s net worth is estimated to be $80 Million.

How old is Channing Tatum?

How tall is Channing Tatum?

Channing Tatum has built a highly successful acting career, and hopefully after reading this article, you can see why.

As of February 2023, Channing Tatum’s net worth is estimated to be $80 Million.

What do you think about Channing Tatum’s net worth? Leave a comment below.