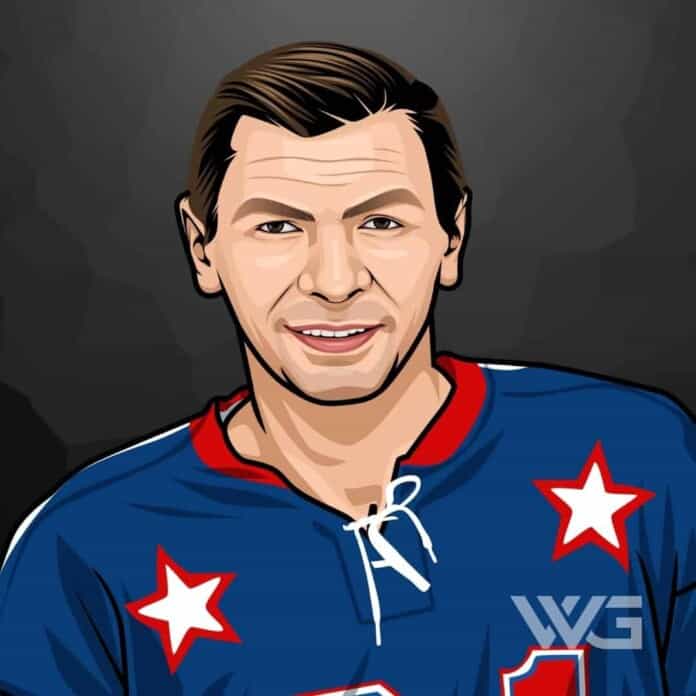 What is Stan Mikita’s net worth?

Mikita played for the Chicago Black Hawks of the National Hockey League. He is regarded as one of the best centers of the 1960s. In 2017, he was named as one of the 100 Greatest NHL Players. Mikita was the first Slovak player to win the Stanley Cup in 1961.

Stanley Mikita was born on the 20th of May, 1940, in Sokolče, Slovak Republic. Mikita was raised in a small farming community there until 1948.

Mikita later moved to St. Catherine, Ontario as a young boy. He was adopted by his aunt and uncle, Anna and Joe Mikita, who gave him their surname. He has mentioned in interviews how proud he was of his Slovak origin.

After three junior seasons with the St. Catharines Teepees of the Ontario Hockey Association, he was promoted to the Chicago Black Hawks in 1950 – 1960. The following year, the Black Hawks won their third Stanley Cup.

The following season was his breakout year. Mikita was a star as the center of the famed “Scooter Line.” Mikita led the league in scoring four times in the decade.

Mikita was the most penalized player in the league during his early years. He then decided to play a cleaner game, and he went on to win the Lady Byng Memorial Trophy. His drastic behavior change came after he returned home from a road trip.

During his career in 1973, he teamed up with Chicago businessman Irv Tianybik to form the American Hearing Impaired Hockey Association. He founded the Stan Mikita School for the Hearing Impaired. He was inspired by his friend, who had a deaf son. Mikita helped bring the Social Olympics to Chicago.

In 1972, Mikita played two games of the Summit Series for Canada against the Soviet Union. He also played several exhibition games for Czechoslovakia in summer 1967 when he came to his country of origin to visit his family.

How Did Stan Mikita Spend His Money?

Mikita spent money on his home in Burr Ridge, Illinois, before his passing.

Here are some of the best highlights of Stan Mikita’s career:

“A friend of mine has a son who became deaf through meningitis. He called me one spring and asked me to keep a week out of my schedule because he wanted to start a school for deaf kids. I wanted to help.” – Stan Mikita

“I was adopted by my aunt and uncle in the days when it was still communist, or at least communism was coming in we’re into Czechoslovakia. The only way I could get out was through adoption. My mother would have a meeting where they said it would be the best things for me.” – Stan Mikita

“Maybe I was the oddity as far I was playing that long. My first linemates up here, Ted Lindsey was my first love plan. He’s still competitive at age 68. My first real line that they call the scooters was Kenny Warren from my birthday.” – Stan Mikita

“Because of a couple of bad injuries that I had, probably the most vital part of our body our head. I got my ear cut off in Pittsburgh with the helmet through, and the puck came up and hit me. The other one was in Toronto, a guy named Kent Douglas, he was a defenseman he used the thickest handled stick I’ve ever seen.” – Stan Mikita

“Most great inventions it was by accident. I didn’t realize I was going to leave so early this from the surf, but I don’t know, but I’ll never forget what my father told me when I first got over to Canada. I try to live that philosophy.” – Stan Mikita

Now that you know all about Stan Mikita’s net worth and how he achieved success; let’s take a look at some of the lessons we can learn from him:

There are rough players, and there are dirty players.

If you’re playing a game, you have to focus on the price. If you’re in it to win it, success will come.

It’s important to enjoy each moment of the passion you have in life. Have fun while it lasts.

How much is Stan Mikita worth?

Stan Mikita’s net worth is estimated to be $10 Million.

How old is Stan Mikita?

How tall is Stan Mikita?

Stan Mikita was a Slovak Canadian professional hockey player who was best known for being one of the best centers of the 1960s. Mikita was born in the Slovak Republic, and he passed away in 2018.

He was a center who shot right-handed. From 1956 to 1969, he played for the St. Catharines Teepees of the Ontario Hockey League.

Mikita played his entire career for the Chicago Black Hawks of the NHL from 1958 to 1980. He was the first Slovak-born player ever to win the Stanley Cup.

He has a statue outside of the United Center in Chicago. Mikita was inducted into the Hockey Hall of Fame.

What do you think about Stan Mikita’s net worth? Leave a comment below.