What is Emilia Clarke’s net worth?

As of 2021, Emilia Clarke’s net worth is approximately $20 million.

Emilia Clarke is an English actress from Westminster, London. After making her screen debut in a short film, her television debut came with a guest appearance in an episode of the British soap opera ‘Doctors’ in 2009.

Since then we have seen her in movies and TV-shows such as ‘Games of Thrones’, ‘Me Before You’ and ‘Last Christmas’.

Emilia Clarke was born on the 23rd of October, 1986, in Westminster, London. Clarke grew up in Berkshire and Oxfordshire and her father was a theatre sound engineer from Wolverhampton.  Her mother is the vice-president of marketing for a global management consultancy.

Her interest in acting was sparked at the age of three after seeing the musical Show Boat, on which her father was working. She was educated at Rye St Antony School, Headington, and at St Edward’s School, Oxford, leaving in 2005.

Clarke’s early acting work includes two stage plays at St. Edwards and ten plays at the Drama Centre London. Her initial TV performances were in an episode of the soap opera’ Doctors’ and in the television film ‘Triassic Attack’. In 2011, the actress was cast as Daenerys Targaryen in HBO’s fantasy series ‘Game of Thrones’.

Her performance earned positive reviews and she won the Ewwy Award for Best Supporting Actress in a Drama in 2011.

Clarke then appeared in the American science fiction movie ‘Terminator Genisys’. The movie was a commercial success though it received poor reviews. Her performance was praised by critics. She next had a role in the flick ‘Me Before You’ in 2016.

The film was a major hit. That year, she also voiced the character of Bridget in an episode of ‘Robot Chicken’. The actress then did the film ‘Voice from the Stone’ in 2017.

The same year, she also did voice work for an episode each of the animated series ‘Animals’ and ‘Thunderbirds Are Go’ respectively.

Here are some of the best highlights of Emilia Clarke’s career:

“Personally, I’d like as many children as I can pop out, I reckon. You come from a happy family; you want to create a happy family. And in the same breath, I’d like to be on stage at England’s National Theatre, doing Miller and Chekhov. Give me a Sam Mendes/Tennessee Williams combination that would be glorious. And to be making some Oscar-worthy movies with Scorsese. I’m always looking for the hard road. That way, you remain interested and interesting. Hopefully.” – Emilia Clarke

“My life is unrecognizable compared to what it was – ‘Game of Thrones’ has opened doors that were never there before. But it can be dangerous to see it in those terms, I think. It’s best to take it as it comes and work as hard as you can, and hopefully, the other things fall into place.” – Emilia Clarke

“I was at a Golden Globes after party and Channing f**king Tatum came up to me, and his stunning missus, Jenna Dewan. And they said, ‘We call each other moon of my life and my sun and stars’ and all that. I was like, ‘I cannot contain this. Please, can we all have something sexual together? You’re both beautiful. Even just a hug’.” – Emilia Clarke

Now that you know all about Emilia Clarke’s net worth, and how she achieved success; let’s take a look at some of the best lessons we can learn from her:

1. Embrace Who You Are; No Matter What Anyone Has to Say About It

Louisa is often judged for her bubbly personality. Will calls her “chatty” and makes a big deal that she basically doesn’t shut up around him.

She is always judged for her fashion sense where Will claims she “raids her grandmother’s wardrobe” and her boyfriend Patrick claims her one pair of shoes look “leprechaun drag queens”. But, Lou never gives a damn and continues to live her days dressed as she likes.

2. You Only Get One Life

It’s actually your duty to live it as fully as possible. Will teaches many valuable lessons including this one; never waste the life you have been given, as there is no point in regret or simply existing.

Through his quadriplegia and battle to accept his new life, he teaches us to live in the moment and make the best out of every opportunity. I’ll be honest, I have had several occasions of hearing Sam Claflin’s voice in my head saying these words to me when I am down in the dumps.

3. When You Truly Love Someone, You Will Do What is Best For Them and Not For You

Lou battles with what is right versus what is best for Will. Of course, she uses the excuse that Will is being selfish for wanting to end his life but by the end, she realizes it was her that had been selfish. She wanted Will to stay no matter how much pain he was in.

She realized “You can’t change people for who they are, you can only love them.”

Emilia Clarke is best known for her role in the HBO series ‘Game of Thrones’. She made her television debut with a guest role in an episode of the English soap opera ‘Doctors’.

She later went on to play her breakthrough role as Daenerys Targaryen in the fantasy series ‘Game of Thrones’ for which she earned several awards and nominations.

What do you think about Emilia Clarke’s net worth? Leave a comment below. 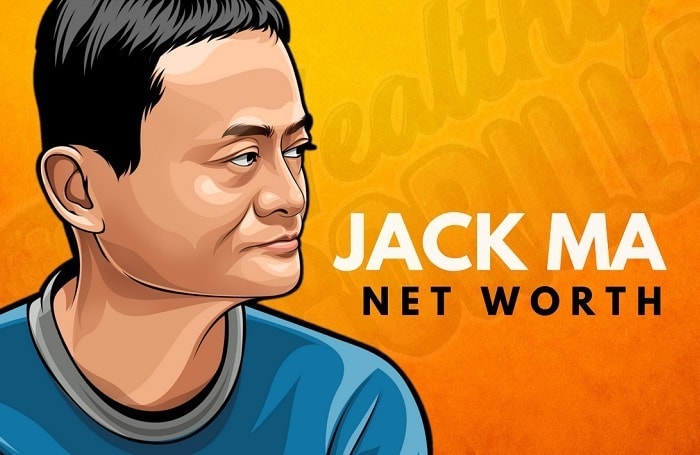