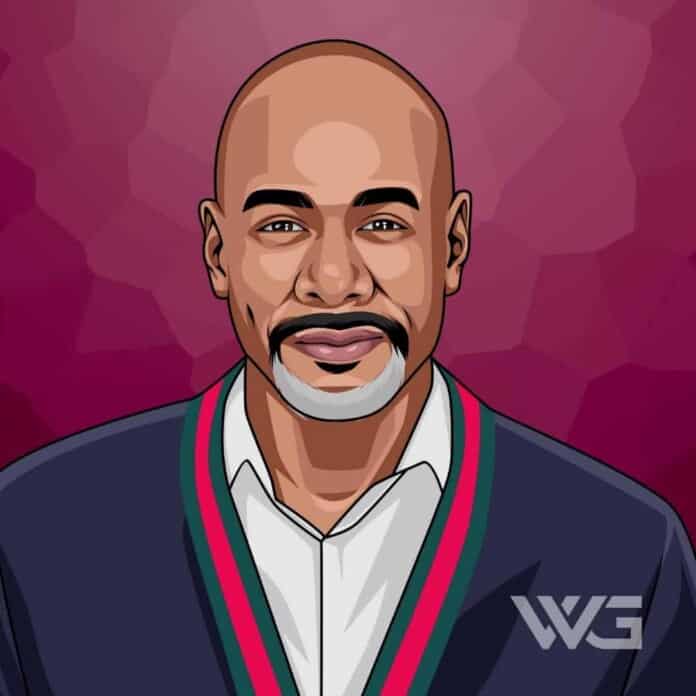 What is Michael Elliot’s net worth?

As of February 2023, Michael Elliot’s net worth is roughly $1 Million.

Michael Elliot’s foray into writing movies began in 1997 after he relocated to Los Angeles and found himself unemployed.

Armed with a computer, a book on screenwriting (purchased at The Writers Store), and a Blockbuster Card, Elliot began teaching himself to write screenplays.

Approximately 13 months later – without the help of an agent or manager – Elliot hatched an unorthodox submission strategy that landed his spec script on the desk of an executive at 20th Century Fox.

Here are some of the best highlights of Michael Elliot’s career:

“I feel like, it gives me an edge, the business is tough, the chances of success are like trying to make it in the NBA, there’s a lot of disappointment, there’s just so many reasons to quit.” – Michael Elliot

“My friend came by and encouraged me to write one more script, I believe that was God. If you listen to that song, you realise where Brown Sugar came from.” – Michael Elliot

“I feel like you have to be bold, you have to be audacious; I think that when you are bold and audacious, there’s genius in that. There’s a level of self-belief and obviously a belief in God. There was a moment for me when I realised that this business is highly subjective.” – Michael Elliot

“On one of those days they made love and she says ‘now what are we going to do?’ I wrote that question on a napkin and that became the end of my first act.” – Michael Elliot

“He shared a story with me about Florence B Price Elementary School and Jackie Robinson Elementary School in Chicago, and their destruction at the hands of Chicago Public Schools. It’s a tragic story that is echoed around the country, where the voices of communities are ignored and politics takes over.” – Michael Elliot

Now that you know all about Michael Elliot’s net worth, and how he achieved success; let’s take a look at some of the lessons we can learn from him:

We become happier not by accumulating more things but by creating richer experiences.

Your self-identity is what really determines your income, influence, impact, and lifestyle. Retrain that and your bigness comes out to play.

The more you serve, the more joyful you’ll become.

How much is Michael Elliot worth?

Michael Elliot’s net worth is estimated to be $1 Million.

How old is Michael Elliot?

Michael Elliot exact birth date is unknown, and so we’re unable to confirm his current age.

How tall is Michael Elliot?

Michael Elliot is an American screenwriter and producer who wrote and produced the television movie Carmen: A Hip Hopera in 2001. In 2011 he won an Image Award for Outstanding Writing in a Motion Picture (Theatrical or Television) for ‘Just Wright’.

As of February 2023, Michael Elliot’s net worth is roughly $1 Million.

What do you think about Michael Elliot’s net worth? Leave a comment below.