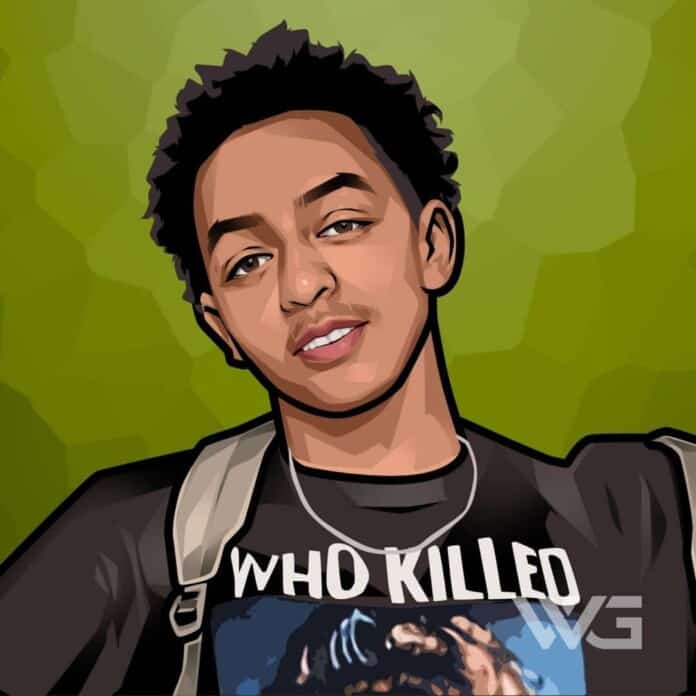 Salim the Dream Net Worth

What is Salim the Dream’s net worth?

Salim The Dream is an American Instagram star and social media personality.

He is well known for his pranks on social media,. He came into the limelight after joining a prank group called NELK.

Sirur’s parents originally come from Somalia. He has two brothers and one sister.

There is not much information about his family. He likes to keep his personal and family life private, away from the social world.

Salim the Dream joined the prank group, NELK in 2020.

As a result of joining the prank group, he made a lot of funny pranks that caught people’s attention. One of the early videos he made with the prank groups was uploaded on the 4th of February in 2020. The video had the title, ‘Terrifying a Cringy Tik Toker!’.

NELK was formed by Kyle Forgeard and Jesse William Sebastiani. In 2019, Steve Deleonardis joined the group 2019. The group made a video with the title, ‘Taking a Virgin to the Club,’ which was uploaded on the 20th of April, 2021. Today it has gained over  5 million views.

Besides his collaboration with NELK, he has his own YouTube channel. It currently has 398 thousand subscribers. In 2019, he uploaded his debut prank video with the title ‘Parking Ticket Prank.’

On the 21st of April, 2019, he uploaded another video with the title ‘Blasting Embarrassing Videos In The Libary.’ After two years, he made his comeback on his YouTube channel.

Here are some of the best highlights of Salim the Dream’s career:

3 Cool Lessons from Salim the Dream

Now that you know all about Salim the Dream’s net worth and how he achieved success; let’s take a look at some of the best lessons we can learn from him:

Don’t compare yourself to others. Choose to be happy and live your own life. I bet that Salim the Dream doesn’t compare himself to others, since he loves what he is doing.

People are too serious nowadays, don’t care about that, be the authentic you.

Do what you love, and love what you do, simple. You can become rich, by doing pranks. If you have an idea about your career, do it. Today you can make money by even creating the smallest thing.

How much is Salim the Dream worth?

Salim the Dream’s net worth is estimated to be $800 thousand.

How old is Salim the Dream?

How tall is Salim the Dream?

Salim The Dream is a well-known YouTuber and a prankster. He is one of the most trending pranksters on YouTube right now. He rose to fame after he joined the prank group, NELK. Today, his popular YouTube channel has over 300 thousand subscribers. One of his most famous videos is ‘Taking People’s Luggage At Baggage Claim.’

How come this prankster has gone on to become one of the richest YouTubers out there? Lately, people have started to watch more and more pranking videos, simply because it’s enjoyable to watch other people’s reactions.

What do you think about Salim the Dream’s net worth? Leave a comment below.