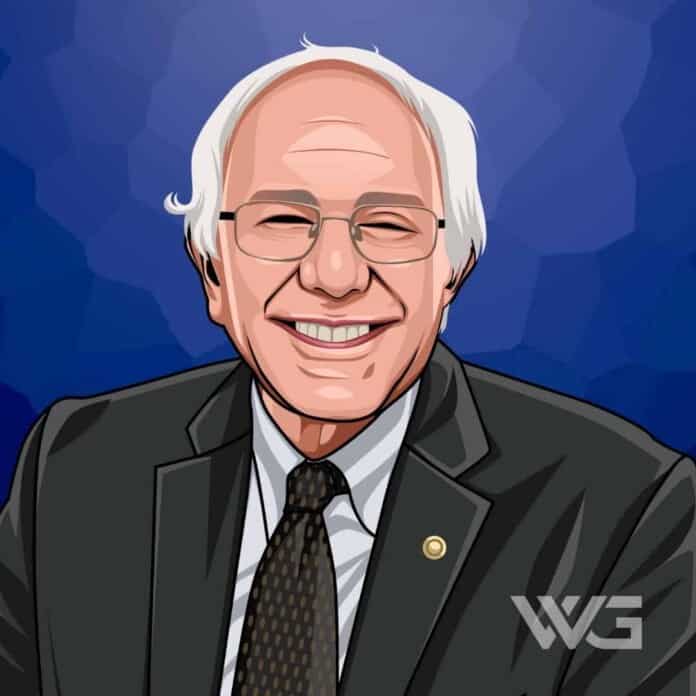 What is Bernie Sanders’ net worth?

As of December 2022, Bernie Sanders’ net worth is roughly $3 Million.

Bernard Sanders is an American politician who probably is best known for serving as the Junior United States senator. He has also served as U.S. Representative for the large congressional district from 1991 to 2007.

He is one of the longest-serving independents in congressional history. Sanders lost the race for president of the United States in 2016 and 2020.

Bernie Sanders was born on September 8, 1941, in New York. His father, Elias, was born in Austria-Hungary to a Jewish working family. In 1921, his father immigrated to the United States. Sander’s mother, Dorothy, was born in New York.

Sanders was raised in the Jewish faith, and his early education was carried out at James Madison High School. The school was the first place where he was able to manifest his leadership skills. He was captain of the track team and ran for the student body presidency – unfortunately, with little success.

His campaign was based around helping orphans of the Korean War, and he still continued his efforts after losing the election.

Sanders first became interested in politics when he was really young. He became aware of the fact that politics is important when he looked back at how Adolf Hitler won an election in 1932, and 50 million people died as a result.

He lost both of his parents at a young age. He was 19 when his mother died, and two years later, he lost his father as well.

Sanders studied at Brooklyn College for a year before transferring to the University of Chicago. He graduated with a degree in political science in 1964.

During his studies, he was very active in the civil rights movement; he joined the Young People’s Socialist League and participated in protests against racial discrimination on the campus of the University of Chicago.

These protests contributed to the ending of racial segregation in private university housing in 1963.

In the 1960s and 1970s, Sanders was part of a few peace and anti-war movements while still being a great supporter of the veterans’ benefits.

After he graduated, Sanders returned to New York to work in different professions. Later he moved to Stannard, Vermont, where, amongst other things, he used his talents to write for The Vermont Freeman.

Bernie Sanders made several unsuccessful bids for public office as a member of the anti-war Liberty Union Party in the 1970s before he left the group in 1979.

His first achievement in his political career was winning the election for the Mayor of Burlington, Vermont. He served in this role from 1981 to 1989, being reelected three times.

In 1990, he secured a seat as an independent in the U.S. House of Representatives. Known for criticizing both parties, he wasn’t very popular amongst his peers. Sanders openly voiced his critique of the politicians siding with the wealthy instead of working toward eliminating class differences.

He was opposed to 2001’s Patriot Act and the war in Iraq.

In 2006, Sanders switched to the Senate, running against Republican businessman Richard Tarrant. He managed to win.

A few years later, he made the news with his more than 8-hour filibuster against the extension of George W. Bush-era tax cuts for the wealthy. Over the years, he proved to be a big opponent of military conflicts, always standing with the people.

He was an advocate for the Affordable Care Act, and in 2005, he was named the “amendment king” by Rolling Stone as one of the senators with the highest number of amendments passed in the Senate.

As a senator, Bernie Sanders made many bills the law, including the Veterans’ Compensation Cost-of-Living Adjustment Act of 2013. He co-sponsored the Medicare for All bill as well as voted against the Troubled Asset Relief Program, also known as The Wall Street Bailout.

He is not only a big supporter of better health care for all but also an activist for causes like environmental protection, LGBTQ rights, pro-choice rights, anti-death penalty, and feminist issues.

In April 2015, Sanders announced that he was seeking the presidential nomination for the Democratic Party. This longtime independence made the party switch largely.

Sanders made history as the only presidential candidate ever to be invited to the Vatican to speak on moral, environmental, and economic issues. He was one of the few people who financed their campaign primarily from donations. He actually broke the fundraising record for the amount of money raised from contributions of U.S. citizens.

Sanders raised over $96 million, but that didn’t secure his success during the campaign, and the Democratic nomination went to Hillary Clinton. Sanders endorsed her on July 12, 2016.

After Trump’s stunning 2016 Election Day win over Clinton, Sanders vowed he would continue to stand up to the new president when necessary. He kept his word and, in the past few years, he frequently voiced his criticisms of the Trump administration.

After Trump’s victory, he pushed for reforms in Democratic Party. He wrote in New York Times that “the British elections should be a lesson for the Democratic Party”, urging the Party to cut its ties with “overly cautious, centrist ideology.”

In 2020, Sanders ran for the presidency once again. This time he also heavily relied on private donations, rising $10 million in the first week of his campaign. Ultimately he decided to stand down from the race for the nomination, endorsing his rival and former vice president, Joe Biden, on April 13, 2020.

He married his first wife, Deborah Shiling Messing, in 1964. The couple had a summer house in Vermont, but their marriage ended in 1966. Sanders had a son (his only biological child) in 1969 with his then-girlfriend Susan Campbell Mott.

In 1988, he married Jane O’Meara Driscoll, president of Burlington College. Sanders and his wife own several properties, including a row house in Capitol Hill, a house in Burlington and a summer home in North Hero, located by the Lake Champlain.

His wife, Jane Sanders, has three children from a previous relationship, which Bernie considers his own. The politician has seven grandchildren, of whom three are through his son Levi and four through his stepchildren.

How Does Bernie Sanders Spend His Money?

Sanders’ wealth is not substantial compared to the fellow millionaires he often had to combat on the political stage. His primary sources of income are his senatorial salary and book royalties, which allowed him to enter a millionaires’ club.

He found his place in the upper middle class and then earned his millionaire status through his political work and his best-selling book, but he is met with criticism as his socialist views clash with his status.

Sanders and his wife bought their primary home in Chittenden County, Vermont, by taking a $324,000 mortgage from Congressional Federal Credit Union. Allegedly, they own a condo in Washington, D.C. as well, which they bought with a 30-year mortgage.

Here are the best highlights of Bernie Sanders’ career:

“There is far too little discussion in Washington about the collapse of the middle class, almost no discussion at all about the incredible income inequality and wealth inequality in this country, and the fact that we’re moving toward an oligarch form of society.” – Bernie Sanders

“What being a socialist means is… that you hold out… a vision of a society where poverty is absolutely unnecessary, where international relations are not based on greed… but on cooperation… where human beings can own the means of production and work together rather than having to work as semi-slaves to other people who can hire and fire.” – Bernie Sanders

Now that you know all about Bernie Sanders’ net worth and how he achieved success; let’s take a look at some of the best lessons that we can learn from him:

1. Think About Our Future

We need to think about our future, and the climate change isn’t just a problem for the future.

How much is Bernie Sanders worth?

Bernie Sanders’ net worth is estimated to be $3 Million.

How old is Bernie Sanders?

How tall is Bernie Sanders?

Bernie Sanders is a successful politician who has been a United States Senator representing Vermont since 2007. His income comes from publishing his book Our Revolution in 2016, as well as other very successful books.

As of December 2022, Bernie Sanders’ net worth is roughly $3 Million.

What do you think about Bernie Sanders’ net worth? Leave a comment below.