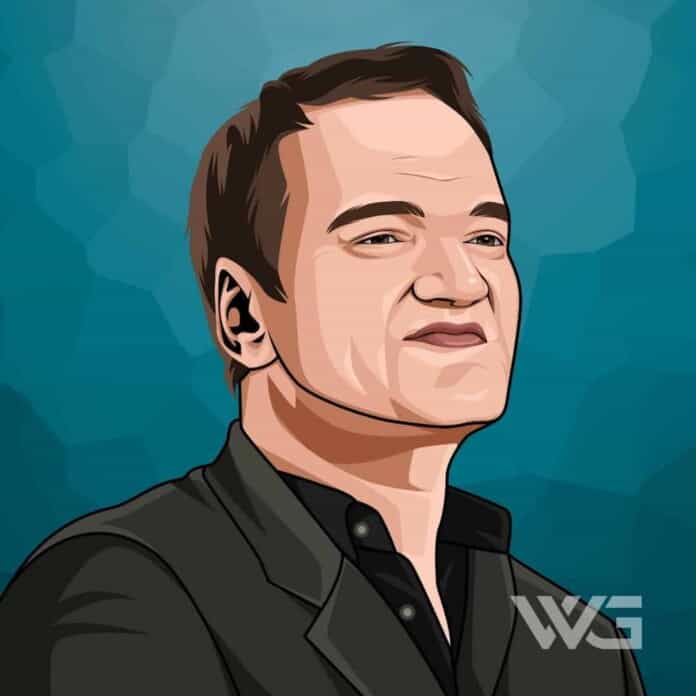 What is Quentin Tarantino’s net worth?

As of November 2022, Quentin Tarantino’s net worth is roughly $120 Million.

Tarantino is one of the best producer and directors in the industry, and he is best known for the movies such as ‘Pulp Fiction’ and ‘Django Unchained’.

Quentin Jerome Tarantino was born on the 27th of March, 1963 in Knoxville, Tennessee. He is the son to Tony Tarantino, an actor and Connie McHugh, a nurse.

Tarantino debuted as a director with the film, ‘Reservoir Dogs’, which released in 1992. The film became an instant hit and was screened at the Sundance Film Festival the same year.

In 1994, ‘Pulp Fiction’ was released and received numerous awards for its ingenious direction and non-linear story line. It became so popular that he was nominated for the category of ‘Best Director’ for the Academy Awards.

In 1996, he starred in and wrote the script for the Robert Rodriguez film, ‘From Dusk till Dawn’. He then directed a Blaxploitation film, ‘Jackie Brown’, which was an adaptation of the novel, ‘Rum Punch’.

Here are some of the best highlights of Quentin Tarantino’s career:

“If you have the passion to do it, and you do it and it doesn’t work out — I worked for 3 years on a 16mm movie that became nothing but guitar picks. And I was very disappointed when I realized it wasn’t any good. But it was my film school — and I actually got away really cheap. When it was all over I knew how to make a movie.” – Quentin Tarantino

“You should be able to criticize civil servants for what you think is wrongdoing without being painted as a cop-hater. I don’t feel the police are all corrupt, however, I do feel they are suffering from institutional racism and there needs to be a top-to-bottom examination of the way they practice and the way they criminalize young black and brown males.” – Quentin Tarantino

“Emotion will always win over coolness and cleverness. It’s when a scene works emotionally and it’s cool and clever, then it’s great. That’s what you want.” – Quentin Tarantino

“If there is something magic about the collaborations I have with actors it’s because I put the character first.” – Quentin Tarantino

“One of the things about writing a novel is you can do it any way you want. It’s your voice that’s important and I see absolutely no reason why a screenplay can’t be the same. It makes it a hell of a lot easier when you’re the writer and the director.” – Quentin Tarantino

Now that you know all about Quentin Tarantino’s net worth, and how he achieved success; let’s take a look at some of the lessons we can learn from him:

Tarantino never really steals anything. He takes a story or genre he loves and then completely molds it into his own, often times improving on the original work.

People often don’t say what’s really on their minds; they talk over each other, they talk in broken sentences and they often rant on what they had for lunch or their favorite TV show.

Tarantino has almost raised this true-life element to an art form.

3. Take A Popular Genre And Flip It On Its Head

The characters plan the heist, the heist falls apart, and eventually the cops show up to take everyone down.  This type of story has been told in a million cop shows and movies.  Yet, in Tarantino’s version, this story seems original.

How does he do this?

How much is Quentin Tarantino worth?

Quentin Tarantino’s net worth is estimated to be $120 Million.

How old is Quentin Tarantino?

How tall is Quentin Tarantino?

Quentin Tarantino has grown to become one of the biggest names in Hollywood.

Not only has he managed to gather a cult following for his films, he, unlike his previous generation of filmmakers, has understood in entirety, what ‘kind’ of films get the audiences flocking to cinema halls.

As of November 2022, Quentin Tarantino’s net worth is estimated to be roughly $120 Million.

What do you think about Quentin Tarantino’s net worth? Leave a comment below.