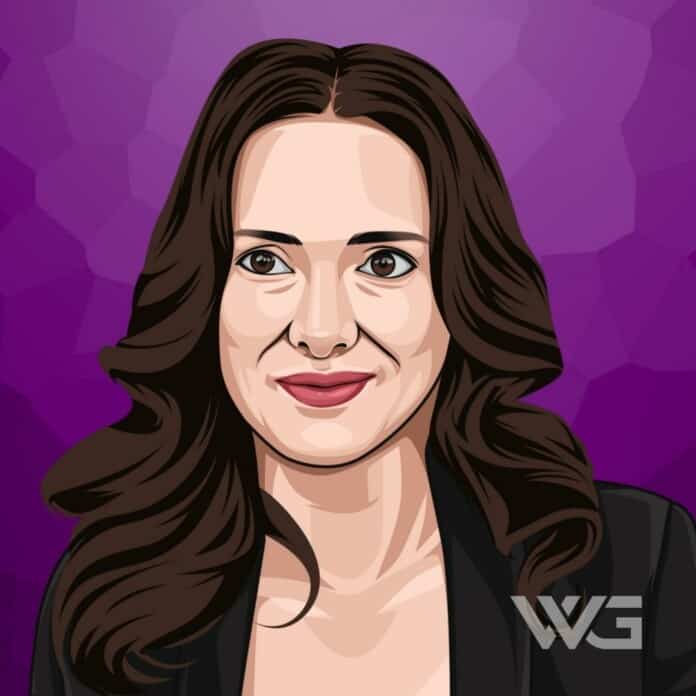 As of November 2022, Winona Ryder’s net worth is approximately $18 Million.

Winona Ryder is an American actress from Minnesota. She is the recipient of a Golden Globe Award and has been nominated for two Academy Awards, a BAFTA Award, and four Screen Actors Guild Awards.

Ryder an avid reader as a young girl and developed an interest in acting after her mother showed her some movies. She enrolled at the American Conservatory Theater to receive acting lessons when she was 12 in 1983.

Ryder landed her first screen role in 1986 when she was chosen to play a small role in the coming-of-age film ‘Lucas’. It was during this time that she adopted the screen name, Winona Ryder. Her first substantial role came in the form of the character Veronica Sawyer in the black comedy 1988 ‘Heathers’ which parodied teenage suicides.

She played Kim, the love-interest of an artificial man named Edward in the romantic fantasy film ‘Edward Scissorhands’ in 1990. The movie was directed by Tim Burton and starred Johnny Depp in the title role. The film was a big commercial hit.

In 1994 she played the tempestuous Jo in the movie ‘Little Women’ along with Trini Alvarado, Claire Danes, and Kirsten Dunst. Ryder was nominated for an Academy Award for the Best Actress for this role.

In 2010 she played Lois Wilson in the television movie ‘When Love Is Not Enough: The Lois Wilson Story’ which premiered on CBS. In the movie, she portrayed the role of a college-educated woman who marries a man of modest means and how the two go about building their lives together.

Here are some of the best highlights of Winona Ryder’s career:

“I was very lucky because Tim Burton really gave me a career. I don’t think Hollywood would’ve known what to do with me. If I hadn’t done ‘Beetlejuice,’ I think I would’ve just gone back to my school.” – Winona Ryder

“I thought it was a cool parallel. Being replaced by the young thing. I know that it definitely happens in Hollywood. It’s harder to find good roles, and suddenly there are new girls. I’m at that age I’ve been warned my whole life about.” – Winona Ryder

“My dad took me to all the best rock and punk shows when I was growing up and music has always been a part of my life. So I’m very interested in the music scene and I suppose that’s why I’ve ended up going out with musicians. Dave Pirner is still one of my best friends.” – Winona Ryder

“Money doesn’t matter on a deeply personal level. It doesn’t make you feel any happier. But of course, I am very aware that I don’t have to worry about earning a living or about those very important practical things that most people have to worry about on a very real level.” – Winona Ryder

Now that you know all about Winona Ryder’s net worth, and how she achieved success; let’s take a look at some of the lessons we can learn from her:

1. Don’t Be Afraid Of Being Weird

2. Never Let The Groups You Hang Out With Define You

Do what you know is right, and hang out with the people who make you feel the best.

Sometimes the ideas of what we think we will be are crushed by, well, life. The path we see for ourselves isn’t remotely where we are right now. But you know what? Be happy. Interests change, dreams change, and we change.

How much is Winona Ryder worth?

Winona Ryder’s net worth is estimated to be $18 Million.

How old is Winona Ryder?

How tall is Winona Ryder?

Winona Ryder is a versatile actress who had won several awards and accolades for portraying a variety of roles over a wide genre of films that include comedy, horror, drama, and science fiction. She entered Hollywood as a teenager and made her debut in the film ‘Lucas’.

As of November 2022, Winona Ryder’s net worth is estimated to be $18 Million.

What do you think about Winona Ryder’s net worth? Leave a comment below.