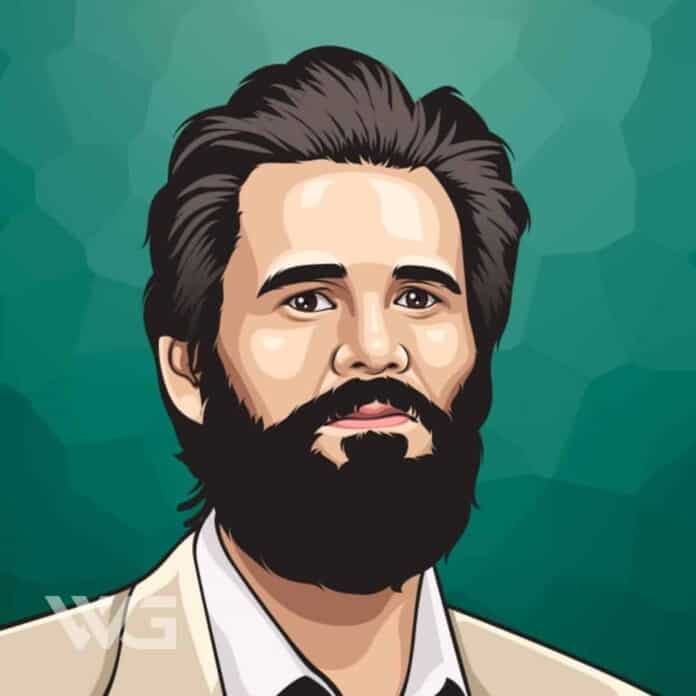 What is Jim Carrey’s net worth?

As of February 2023, Jim Carrey’s net worth is estimated to be $180 Million, putting him on the list of the richest comedians in the world.

Jim Carrey is a Canadian-American actor, comedian, and screenwriter.

He’s known for his incredible work in the comedy category of the film industry. Carrey brought a fresh style to film comedy, which gained him millions of followers throughout his career.

Jim Carrey was born on the 17th January, 1962, in Newmarket, Ontario, in Canada. Carrey has three older siblings, and his family was raised in a Catholic household.

Even from the mere age of just 10 years old, Jim had already found a love for being an impressionist. He wrote a letter to the Carol Burnett Show explaining his talent for impressions, and asked to be considered for an appearance on the show.

The family lived in Ontario for eight years, and Carrey attended Aldershot High School as a teenager.

When Carrey first set out to become an entertainer, he struggled. His father drove him to various comedy clubs in Toronto, where his act failed to impress, and the chances of success looked dim.

However, after gaining the experience, and working on his act, he returned to the stage and received many positive reviews. To the point at which he started getting paid gigs.

Jim Carrey has always been a big believer in visualisation. So much so, that before he reached fame in the film industry, he wrote a cheque to himself for $10 million.

He placed the cheque in his wallet and kept it there as a reminder and motivator that one day he’d be worth that much.

In 1994, Carrey cracked his way into the film industry and began starring in films such as Ace Ventura, The Mask, and Dumb & Dumber.

Jim Carrey and his unusual, yet brilliant acting style was a success.

In the early 2000s, we saw Carrey star in Bruce Almighty, Eternal Sunshine of the Spotless Mind, Me, Myself & Irene, and more.

As of February 2023, Jim Carrey’s net worth is estimated to be $180 Million, making him one of the richest actors/comedians in the world.

Here are some of the best highlights of Jim Carrey’s career:

“Behind every great man is a woman rolling her eyes.” – Jim Carrey

“I think everybody should get rich and famous and do everything they ever dreamed of so they can see that it’s not the answer.” – Jim Carrey

“Desperation is a necessary ingredient to learning anything, or creating anything. Period. If you ain’t desperate at some point, you ain’t interesting.” – Jim Carrey

“If you aren’t in the moment, you are either looking forward to uncertainty, or back to pain and regret.” – Jim Carrey

“Life opens up opportunities to you, and you either take them or you stay afraid of taking them.” – Jim Carrey

“I wake up some mornings and sit and have my coffee and look out at my beautiful garden, and I go, ’Remember how good this is. Because you can lose it.’” – Jim Carrey

View our larger collection of the best Jim Carrey quotes!

3 Keys to Success from Jim Carrey

Here are 3 success lessons we can all learn from Jim Carrey’s success as a comedian and actor:

You read the quote above where Carrey mentioned sipping his cup of coffee and looking at out at his garden in the morning, right?

From this, we learn to constantly express gratitude for the small things in life, and appreciate what we have.

Carrey wrote a cheque for $10 million to himself and kept it in his wallet. This, for him, was a constant reminder that he believes he’ll achieve this income in the future.

Well… it worked, didn’t it?

Carrey has remained incredibly humble despite his success and often says how much he wishes to take care of the people around him. Being humble is something that a lot of characters lose after achieving fame.

How much is Jim Carrey worth?

Jim Carrey’s net worth is estimated to be $180 Million.

How old is Jim Carrey?

How tall is Jim Carrey?

Jim Carrey is one of the most unique and successful comedians/actors of all time. Whether you love him or hate him, you have to admire his success.

What do you think about Jim Carrey’s net worth? Leave a comment below.