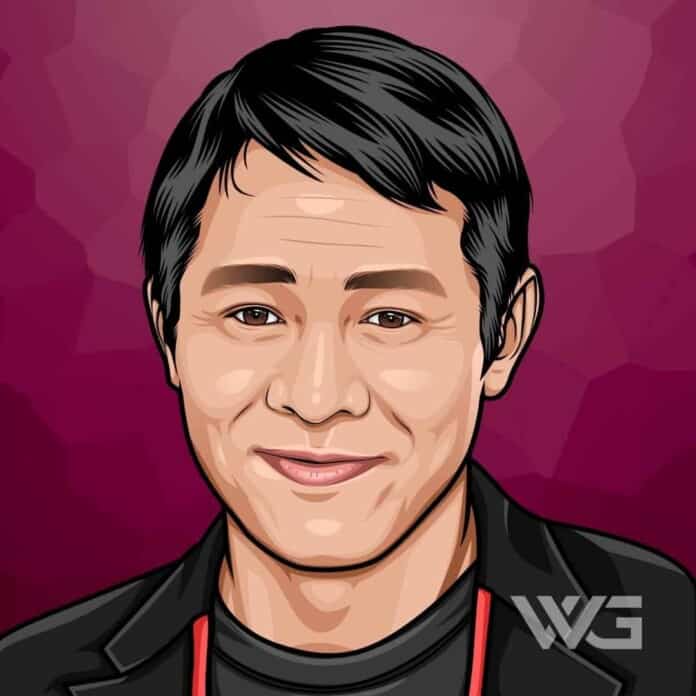 What is Jet Li’s net worth?

Iconic Hong Kong action star Jet Li is one of the most successful Asian actors of modern times, starring in a long list of blockbuster action movies.

His work in Hollywood has featured some of action cinema history’s legendary stars, with Li’s impressive net worth increased through his many brand endorsements.

Jet Li was born Li Lianjie in Beijing, China, on April 26th, 1963, the youngest of four children with one brother and two sisters.

His talent for Wushu was spotted when he was eight years old, leading Li to join the Beijing Wushu Team, where he was taught by coaches Li Junfeng and Wu Bin.

While competing in the Chinese Wushu Championships, he won fifteen gold medals and one silver medal.

Jet Li’s martial arts successes early in life helped him to make the transition to movies, beginning with the 1982 action film Shaolin Temple.

Further smash hits released in Hong Kong, including the Once Upon A Time In China trilogy and Fist of Legend, a remake of Bruce Lee’s Fist of Fury, consolidated his reputation as a solid leading actor.

His breakthrough in Hollywood movies came in 1998 with his villainous performance in the Mel Gibson blockbuster, Lethal Weapon 4.

The huge success of this movie opened the door to work with some of the richest directors in the world alongside stars such as Morgan Freeman in the film Unleashed.

Li has worked with Jason Statham on several occasions, first appearing with the star in 2001’s The One and reuniting with him for The Expendables with an all-star cast including Arnold Schwarzenegger and Sylvester Stallone.

More recently, Li played the role of Emperor of China in Disney’s live-action remake of their classic animated movie, Mulan.

The star of numerous blockbuster action movies both in Hong Kong and America, Jet Li has drawn considerable earnings over his career.

With a career spanning decades and featuring several blockbusters and cult movies, Jet Li’s net worth has continued to increase over time.

Here’s a breakdown of Jet Li’s annual net worth:

Jet Li’s first marriage to Huang Qiuyan was in 1987, and he has two daughters from the relationship, Si and Taimi.

He married his current wife, Shanghai-born actress Nina Li Chi, in 1999, with whom he has two additional daughters, Jane and Jada Li.

A keen practitioner of Tibetan Buddhism, Jet Li is a student of Lho Kunsang, and he also enjoys spending his time playing badminton and table tennis.

Jet Li’s illustrious career as one of the greatest martial arts stars of all time has not gone unnoticed by various awards ceremonies.

Here are some highlights from Jet Li’s career:

How Does Jet Li Spend His Money?

Jet Li is known to have invested considerable sums of money in real estate over the course of his career, including some of the most expensive houses you can buy.

This includes Pudong, China, which is reportedly worth around $40 million, as well as properties elsewhere around the world.

Like fellow Hong Kong action star Jackie Chan, Li has an impressive collection of some of the most expensive cars in the world, including a Rolls-Royce and Ferarri.

Here are some of the best highlights of Jet Li’s career:

With his experiences in the East and West, Jet Li has offered some unique insights into culture and lifestyles that we can all learn from.

Here are our favorite quotes from Jet Li:

Now that you know all about Jet Li’s net worth let’s explore some of the insights from his life that can inspire us to be better people.

Here are some of the best success lessons to learn from Jet Li:

1. Humility Is Your Best Defense Against Life’s Problems

Ego is the biggest cause of many failures, so keeping this in check with a healthy dose of humility is essential to make sure you remain grounded.

2. Happiness Is Always With You

When you’re feeling down in the dumps, remember that happiness is a frame of mind and can be called upon when you need it the most.

3. Don’t Take The Opinions Others Have Of You To Heart

If you place too much weight on the opinions of others, you won’t get far in life. Take their views with a pinch of salt and consider it background music to your life.

That concludes this overview of Jet Li’s net worth, exploring his career highlights and the hit movies that have made him incredibly wealthy.

With Li continuing to release movies and launch business ventures, his net worth will change, so check back in the future as we’ll update it with the latest information.

What do you think about Jet Li’s net worth? Leave a comment below.