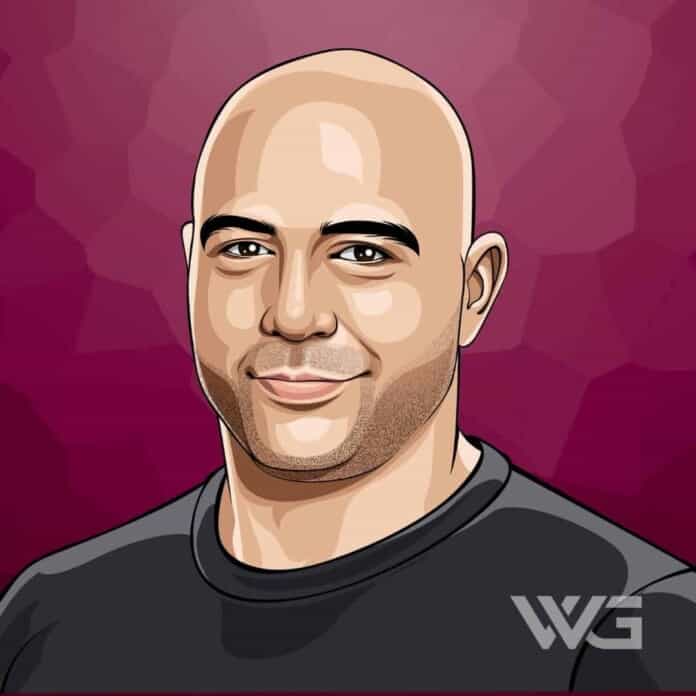 What is Joe Rogan’s net worth?

As of February 2023, Joe Rogan’s net worth is roughly $120 Million, making him one of the richest comedians in the world. Joe Rogan is an American stand-up comedian, martial arts color commentator, and podcast host.

You may only know him from one of these things, as he has a very diverse career. Whether you know him through comedy, MMA or his enlightening podcast, you’ll know how successful Joe Rogan is.

Rogan began a career in stand-up in August 1988, and he’s now grown to become a famous individual among multiple types of audiences.

Joe Rogan was born on the 11th of August 1967, in Newark, New Jersey. Rogan is of Italian and Irish descent. His father worked as a police officer, but left the family when Rogan was only 7 years old, and his parents divorced.

At this time, Rogan and his mother moved from New Jersey to California, and he attended Newton South High School. He developed an interest in martial arts as a teenager and competed in Taekwondo, as well as kickboxing.

However, he stopped at the age of 21, due to suffering from headaches.

Joe Rogan began his career in 1988 as a stand-up comedian, but he never really had any intention of making a career out of it. He was always more interested in martial arts. However, the stand-up career became very successful, and he was able to sign deals with the likes of Disney.

In 1997, Rogan went a step further and became an interviewer and color commentator for the UFC. Rogan has worked on a lot of different projects throughout his career, many of which we’ll feature in the highlights section.

The Joe Rogan Experience Podcast was launched in 2009 and has since become one of the most popular podcasts available. Most likely due to the interesting characters and conversations that tend to be featured on the show.

In 2020, Rogan signed a deal worth $120 Million with Spotify to host The Joe Rogan Experience podcast exclusively on their platform, for both the audio and video versions.

How Does Joe Rogan Spend His Money?

Joe Rogan is a successful comedian, actor, and host of Fear Factor. Rogan is also known for being the host of his own podcast, The Joe Rogan Experience. He earns $100,000 per episode. His expenses start wit his own home in California.

The home is located in a gated community in the hilled area of Bell Canyon. When Rogan bought his home it cost $2.2 million. He has set up a 14,000 square-foot recording studio that he has spent millions on getting it just right.

Rogan has an indoor archery range with a digital target. He has an expensive bow model that costs over $1200. Last but not least, he has an awesome collection of Casio G-Shock watches.

Here are some of the best highlights of Joe Rogan’s career:

“When someone comes along and expresses him or herself as freely as they think, people flock to it. They enjoy it.” – Joe Rogan

“That’s my only goal. Surround myself with funny people, and make sure everyone has a good time and works hard.” – Joe Rogan

“It’s painful for me to watch someone who isn’t funny. It’s horrifying to sit in the back and watch some guy who just totally sucks.” – Joe Rogan

“Never stay in a bad marriage, and don’t hang around with psycho coke fiends.” – Joe Rogan

“The only time I commit to conspiracy theories is when something way retarded happens. Like Lee Harvey Oswald acting alone.” – Joe Rogan

“The misconception is that standup comics are always on. I don’t know any really funny comics that are annoying and constantly trying to be funny all the time.” – Joe Rogan

“I don’t care if you’re gay, black, Chinese, straight. That means nothing to me. It’s all an illusion.
The audience changes every night. You’re the same person. You have to speak your mind and do the stuff that you think is funny and makes you laugh.” – Joe Rogan

View our larger collection of the best Joe Rogan quotes!

How much is Joe Rogan worth?

Joe Rogan’s net worth is estimated to be $120 Million.

How old is Joe Rogan?

How tall is Joe Rogan?

Joe Rogan is one of the richest comedians in the world and has done a great job of diversifying his career over the years. I personally didn’t even come across Joe Rogan due to comedy. It was because of his podcast that I became a fan.

What do you think about Joe Rogan’s net worth? Leave a comment below.