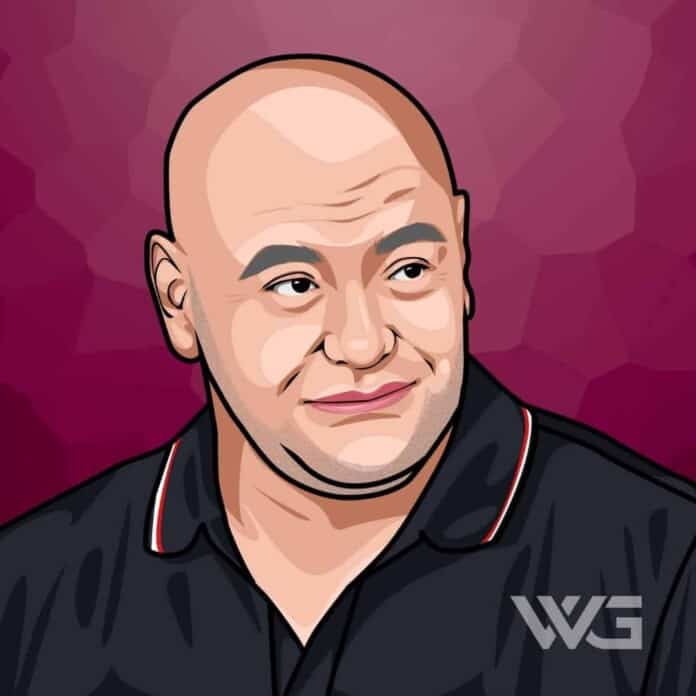 What is Dana White’s net worth?

Dana White is the current president of the Ultimate Fighting Championship (UFC). He quickly grew the company from a small enterprise to a multibillion-dollar enterprise. Under his presidency the UFC has grown and dominated the MMA world.

Dana White was born in Manchester, Connecticut on July 28, 1969. His father left at an early age and his mother and her family raised him and his sister for most of their lives.

The family transitioned between Boston, Las Vegas, and Maine. Eventually, he graduated from Hermon High School in Maine in 1987.

White began his career as a manager for Tito Ortiz and Chuck Liddell. Through this work he heard that a buyer was needed for the UFC, and he contacted two of his friends who purchased it. They placed White as president upon purchase.

In 2016 the company was sold to a group of investors, but White remained President of the organization.

With White as President the UFC has dominated the mixed-martial arts world and has fights in 175 countries, and over 100 training facilities. The pay-per-view fights have reached over a billion households and continue to hold a strong presence in Las Vegas.

Other highlights of the UFC since White became president are The Ultimate Fighter reality show, the acquisition of PRIDE fighting championships, and female mixed martial art fighting.

Today, Dana White’s net worth is estimated to be $500 Million.

Here are some of the best highlights of Dana White’s career:

“He was down in Miami, and I said, ‘You know what? I just found out the UFC is for sale. What do you think? And he said, ‘That’s interesting.’ A month later we owned it.” – Dana White

“They were college educated, they were good guys. There was so much misconception about the sport and the guys that fight.” – Dana White

“What would happen if we got out there and really promoted it in the right way and let people know what kind of athletes these are.” – Dana White

“If I’m not spending time with my family, then there is nothing I would want to do. No games, no hobbies, no special interests. This company, those fighters, this job, they’re my hobby. This is my life. It’s my everything.” – Dana White

“We’ve been at the tipping point for awhile now. We finally got to the point where we couldn’t be denied anymore. We’ve been kick boxing and wrestling’s asses for the last year and a half. We’re selling out venues; we’re breaking records everywhere we go.” – Dana White

“It was pretty cool. If you would have asked me ten years ago if this is where I would have been in ten years, I would have laughed in your face.” – Dana White

“A lot of times, kids go to college and take a major because they do what they think they’re supposed to do. I told them I believe 90 percent of America gets up in the morning and drives to a job they hate. That could have happened to me in the hotel industry.” – Dana White

“We didn’t buy this to make billions of dollars. We saw something in this sport and in the fighters that we thought was incredible.” – Dana White

View our larger collection of the best Dana White quotes!

How much is Dana White worth?

Dana White’s net worth is estimated to be $500 Million.

How old is Dana White?

How tall is Dana White?

Dana White’s shrewd business skills and passion for mixed-martial arts has led him to grow the UFC from near bankruptcy to a multi-billion dollar industry.

The UFC has become a household name that has reached billions of people across the globe. Dana White’s net worth is reflective of the work and dedication he has poured into his company.

What do you think about Dana White’s net worth? Leave a comment below.

John McEnroe is regarded by many as the greatest tennis player of the modern era who earned a fortune on tennis courts around the world.