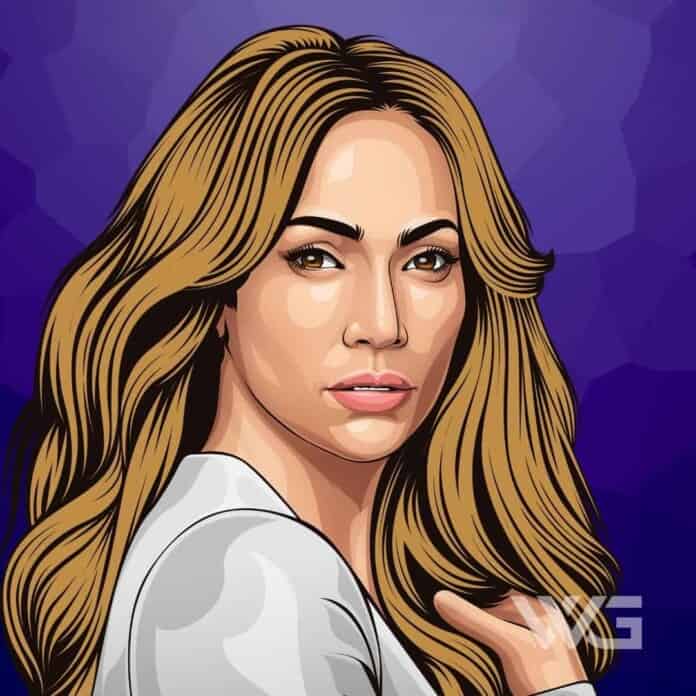 What is Jennifer Lopez’s net worth?

As of February 2023, Jennifer Lopez’s net worth is estimated to be roughly $400 Million.

She initially gained recognition when she starred in her first leading role in Selena (1997). She received a Golden Globe Award nomination after starring in that movie.

Jennifer Lynn Lopez was born in Bronx, New York on the 24th of July, 1969. Both of Lopez’s parents are from Puerto Rico, and she has two sisters; Leslie and Lynda.

Lopez grew up with her parents and sisters in a poor neighboorhood in Castle Hill.

At the age of five, she began to take dancing and singing lessons. Lopez’s parents wanted Jennifer and her sisters to do their singing and dancing performances at home to “stay out of trouble” from the poor streets.

Lopez spent her academic career at Preston High School. When she reached her last year in High School she learned about film casting. In 1986 she auditioned in the low budget movie My Little Girl, a movie which was written and directed by Connie Kaiserman.

Jennifer Lopez started her career as a dancer, appearing in various music videos and in stage musicals. In 1990 she earned a spot as a Fly girl in Fox comedy In Living Color. Lopez worked as a backup dancer in 1993 and went on tours with Janet Jackson.

Lopez’s debut single “If You Had My Love” was released 1999, and after that, she made her first album On The 6 She was the first one to be on the 100 hottest Billboard after Britney Spears released her single “Baby One More Time””.

A week after her second album dropped she starred in a movie with Matthew McConaughey The Wedding Planner.

This big success made Lopez the first woman to have a number one album and movie in the U.S. In 2001, Lopez started her own fashion brand, where she specialized her clothes to women with all shapes.

J.Lo is the best selling album of Lopez’s career, and it has sold over 3.8 million copies in the U.S and over 12 million worldwide to date.

Since then Lopez has been a very successful singer and actor, and she has been working with celebrities like Sean Penn, George Clooney, and Woody Harrelson.

She has an upcoming project with her make up collection with Inglot Cosmetics, and she will also star as drug lord Griselda Blanco in a television movie for HBO.

Here are some of the best highlights of Jennifer Lopez’s career:

“Beauty is only skin deep. I think what’s really important is finding a balance of mind, body, and spirit. Someone said to me not too long ago, “Until you’re twenty, you have the face you are born with, and after that, you have the face you deserve.”, and I really loved that – the idea that you wear who you are on your face.” – Jennifer Lopez

“If you kiss on the first date and it’s not right, then there will be no second date. Sometimes it’s better to hold out and not kiss for a long time. I am a strong believer in kissing being very intimate, and the minute you kiss, the floodgates open for everything else.” – Jennifer Lopez

“Beauty is only skin deep. I think what’s really important is finding a balance of mind, body, and spirit.” – Jennifer Lopez

View our larger collection of the best Jennifer Lopez quotes!

Now that you know all about Jennifer Lopez’s net worth, and how she achieved success; let’s take a look at some of the success lessons we can learn from her:

If you can’t find it, make it. Everything is possible as long as you make it happened, not in the future but in the present.

3. Work With What You Got

Playing to your strengths and working hard can get you incredibly far in your career. Play and work with what you’ve got.

How much is Jennifer Lopez worth?

Jennifer Lopez’s net worth is estimated to be $400 Million.

How old is Jennifer Lopez?

How tall is Jennifer Lopez?

Jennifer Lopez is one of the most successful leading ladies in Hollywood, not only known from her songs but also her movies.

Today Jennifer Lopez is not only a singer and actress but a fashion designer, dancer, director, entrepreneur and a television producer.

As of February 2023, Jennifer Lopez’s net worth is roughly $400 Million, which makes her one of the richest singers in the world.

What do you think about Jennifer Lopez’s net worth? Leave a comment below.