Which are your favorite Alex Trebek quotes?

Alex Trebek is a Canadian-American television personality, game show host, and actor. He is best known as the host of the syndicated game show ‘Jeopardy!’.

In 1991, he made broadcast history when he became the first person to host three American game shows at the same time. Trebek has hosted several other game shows, including ‘The Wizard of Odds’, ‘Double Dare’, ‘High Rollers’, ‘Battlestars’, ‘Classic Concentration’, and ‘To Tell the Truth’.

Here’s our collection of the best Alex Trebek quotes:

1. “I’d be lying if I said the journey had been an easy one. There were some good days but a lot of not-so-good days. I joked with friends that the cancer won’t kill me, the chemo treatments will. There were moments of great pain. Moments when certain bodily functions no longer functioned and some massive attacks of great depression that made me wonder if it was really worth fighting on.” – Alex Trebek

2. “I apologize to her (wife) and explain that it has nothing to do with my love for her or my feelings for her. It just has to do with the fact that I feel like I’m a terrible burden to her. And that bothers me tremendously.” – Alex Trebek

4. “If you can’t be in awe of Mother Nature, there’s something wrong with you.” – Alex Trebek

5. “It’s a quality program, and I think I do a good job hosting it, and when I start slipping, I’ll stop hosting.” – Alex Trebek

6. “Take your job seriously, but don’t take yourself too seriously.” – Alex Trebek

7. “Maybe I’ll take a little better care of myself, but I wouldn’t count on it.” – Alex Trebek

9. “My job is to provide the atmosphere and assistance to the contestants to get them to perform at their very best. And if I’m successful doing that, I will be perceived as a nice guy, and the audience will think of me as being a bit of a star.” – Alex Trebek

10. “It’s not a show about good and evil, but it’s a show about right and wrong, and the bracing certainty that he expresses is so rare in our muddled lives.” – Alex Trebek

12. “Sometimes you look at something, you look at someone, and you know. I mean, you’ve heard stories of people who meet and decide within half an hour; I knew this was going to be the person I’d end up with. With Jeanie, that’s how it was. I wasn’t looking for love. But I recognized at a gut level that here was someone who was going to complete me as a human being.” – Alex Trebek

14. “Sex? Unfortunately, as you get older – and I shouldn’t admit this – there are other things that become more important in your daily life.” – Alex Trebek

15. “There’s a certain comfort that comes from knowing a fact.” – Alex Trebek

16. “Merv Griffin, who developed Jeopardy! and Wheel of Fortune, had a great line once. I used to personally answer all the mail that came into Jeopardy! whether it was favorable or unfavorable, and Merv said, You know how I handle the nasty mail? I said no. He just grabbed it and folded it up and crunched it up and threw it in the wastebasket. He said I don’t bother with it.” – Alex Trebek

18. “It’s always tough for caretakers because she has to deal with her worrying about my well-being and also dealing with.… I’m not always the most pleasant person to be around when I’m experiencing severe pain or depression, and she has to tread lightly around me.” – Alex Trebek

19. “I go through these cycles where I read a lot and then watch TV a lot.” – Alex Trebek

20. “The secret to happiness, of course, is not getting what you want; it’s wanting what you get.” – Alex Trebek

21. “I don’t spend any time whatsoever thinking about what might have been.” – Alex Trebek

22. “It’s very important in life to know when to shut up. You should not be afraid of silence.” – Alex Trebek

23. “I’m curious about everything. Even subjects that don’t interest me.” – Alex Trebek

25. “I tried to do my best impression of The Jonas Brothers, but no matter how hard I tried I ended up looking cool!” – Alex Trebek

27. “People ask me, How would you do as a contestant on the show? And I tell them I would do fairly well among senior citizens, but against a good thirty-year-old, I would have trouble because I cannot recall information as quickly as I used to. You used to say something and I would go, boom, right away, very sharp. Now it’s like, Oh, yes, but wait a minute, uh, uh.” – Alex Trebek

28. “I think what makes ‘Jeopardy!’ special is that among all the quiz and game shows out there, ours tends to encourage learning.” – Alex Trebek

29. “My heart seems to heal, so that speaks well for my future.” – Alex Trebek

30. “I had only been a citizen for two weeks when I received a summons to appear for jury duty!” – Alex Trebek

31. “I have an Apple computer, which I use to play Spider Solitaire and do research on the Internet.” – Alex Trebek

33. “When I finish as the host of ‘Jeopardy!’ I’m going to go up to Taft in central California. They have a small college there that teaches you about oil drilling.” – Alex Trebek

34. “My dad drank pretty heavily, and he never missed a day of work in his life. So I never looked at drinking as a serious problem, but drugs to me are a serious problem. I think it’s a generational thing. I think older people don’t feel as uncomfortable around drinkers as they do around dopers.” – Alex Trebek

35. “You should never wear a baseball cap when working in close quarters in the attic: You never see that beam above you!” – Alex Trebek

36. “Don’t tell me what you believe in. I’ll observe how you behave and I will make my own determination.” – Alex Trebek

37. “We are all experts in our own little niches.” – Alex Trebek

38. “Originally, I think, I wanted to be an actor. But I got into broadcasting by accident, if you will because I needed money to pay for my college education. I applied for a summer announcing job at a couple of radio stations.” – Alex Trebek

39. “The sun is up in the sky. There’s nothing you can say that’s going to change that. You can’t say, The sun’s not up there, there’s no sky.” – Alex Trebek

40. “The only reason I got into broadcasting was, I needed money to pay for my junior and senior years at college, and they hired me, those fools!” – Alex Trebek

42. “I believe the ‘Jeopardy!’ test is more difficult than being a contestant on the program.” – Alex Trebek

43. “My life has been a quest for knowledge and understanding, and I am nowhere near having achieved that. And it doesn’t bother me in the least. I will die without having come up with the answers to many things in life.” – Alex Trebek

44. “I would have loved to have a role in the HBO series ‘Deadwood.’ It was Shakespeare in the Old West.” – Alex Trebek

45. “My life is what it is, and I can’t change it. I can change the future, but I can’t do anything about the past.” – Alex Trebek

46. “When you’re in your 30s and actively pursuing a career and a home life, a wife and children, you’re busy doing as opposed to busy thinking. As you get older, even as you don’t have as much time, I think you tend to think more and reflect more on what is happening in your own life.” – Alex Trebek

48. “Have you ever met a successful person who wasn’t restless- who was satisfied with where he or she was in life? They want new challenges. They want to get up and go…and that’s one of the reasons they’re successful.” – Alex Trebek

49. “I’m going to keep hosting as long as I can and as long as my skills don’t diminish.” – Alex Trebek

Thanks for checking out this collection of quotes from Alex Trebek! Don’t forget to share them on social media with your friends and family.

Which are your favorite Alex Trebek quotes? Leave a comment below. 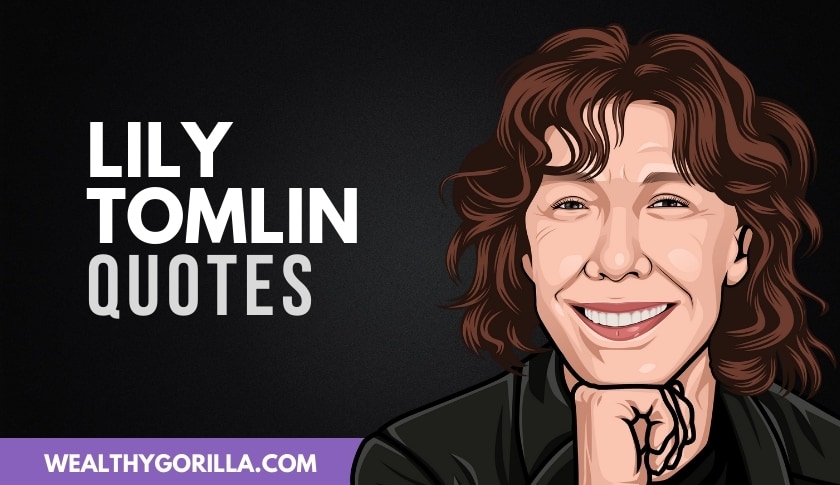 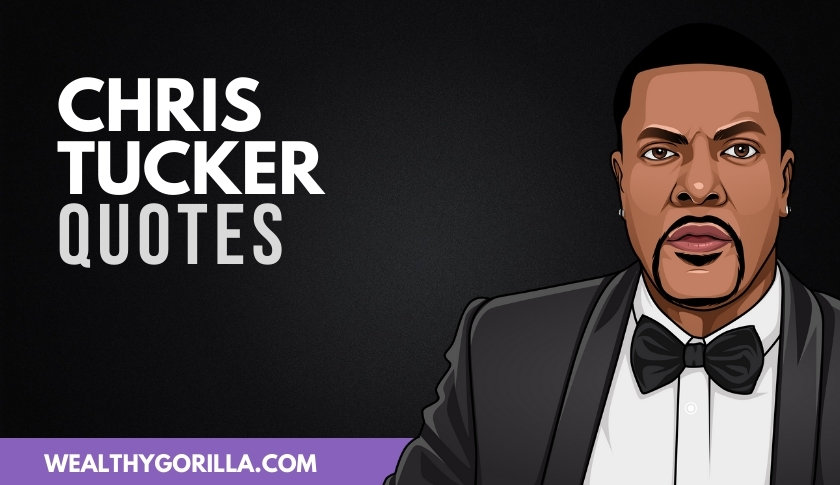 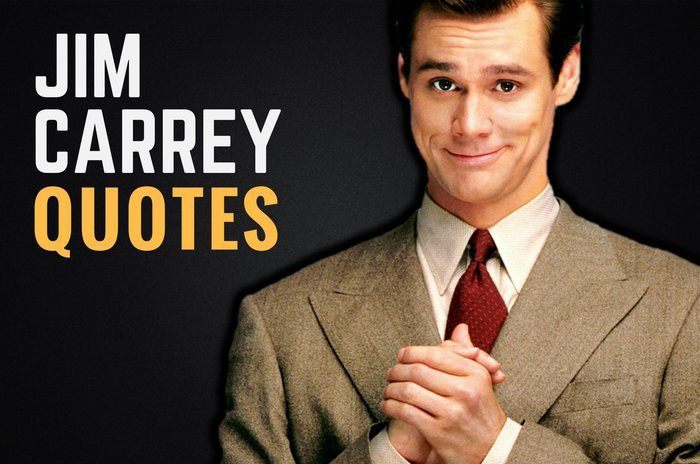