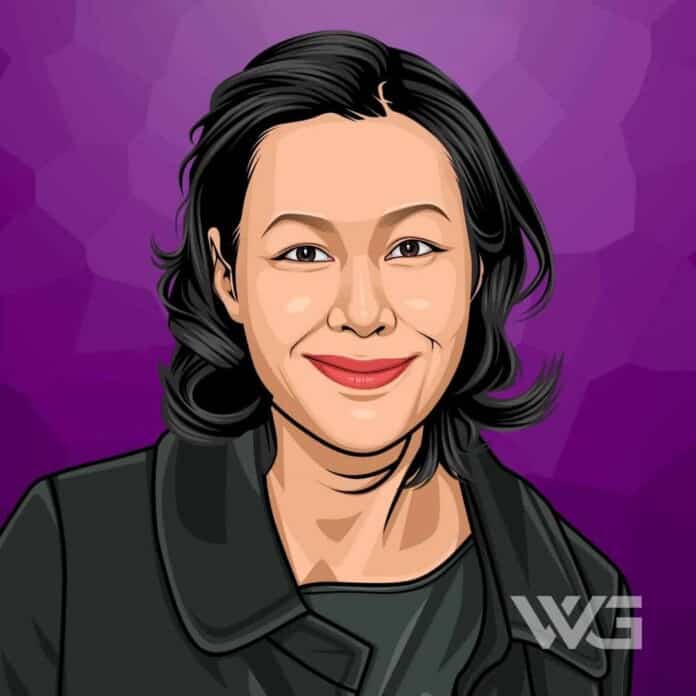 What is Ann Curry’s net worth?

Ann Curry is an American journalist and photojournalist.

She has covered numerous disasters, including the Indian Ocean tsunami in 2004.

Ann Curry was born on the 19th of November, 1956, in Agaña, Guam. Curry is the daughter of Hiroe Nagase and Robert Paul “Bob” Curry.

Her mother is Japanese, and her father is an American from Pueblo, Colorado. Her parents met when her father worked as a streetcar conductor.

Curry lived in Japan for many years as a child and attended the Ernest J. King School on the United States Fleet Activities Sasebo naval base in Sasebo, Nagasaki.

Later, she moved to Ashland, Oregon, where she graduated from Ashland High School.

In 1978, Curry began her broadcasting career. In 1980, she moved to NBC affiliate KGW in Portland to become a reporter and anchor.

Four years later, Curry moved to Los Angeles as a reporter for KCBS-TV.

A few years following, Curry joined NBC News. She served as a substitute news anchor for Matt Lauer from 1994 to 1997 at Today.

In 2005, Curry was named co-anchor of Dateline NBC with Stone Phillips. She was the primary substitute on NBC Nightly News from 2005 to 2011.

Curry traveled to Iran in 2009, where she interviewed then-President of Iran Mahmoud Ahmadinejad days before Ahmadinejad traveled to America to speak in front of the United Nations General Assembly.

Curry made her first post-departure on Today in 2012.

She reported a story during the show’s coverage at the 2012 Summer Olympics in London. She announced to leave NBC News in 2015 officially.

How Does Ann Curry Spend Her Money?

Ann Curry spends some of her money on charity work.

Curry has helped organizations such as Alzheimer’s Association, American Cancer Society, buildOn, Hearts of Gold, Locks Of Love, PeacePlayers International, Save the Children, Soles4Souls, and Susan G. Komen for the Cure.

Here are some of the best highlights of Ann Curry’s career:

“People close to me called me ‘Curry in a Hurry.’ I was moving through life at 100 miles an hour trying to further my career and be a great mom and make everyone happy.” – Ann Curry

“I don’t want to be specific about any particular person because obviously, we’re in a situation where there has been tremendous pain on all sides, and especially by the victims. And I, as a human being — and especially one who, you know, suffered public humiliation even though I did nothing wrong, and know what that means.” – Ann Curry

“Put your head down. It’s not about you. If you want to go into journalism because you want to be popular, forget it. You’re in the wrong thing — go be an actress or a singer, you know, go do something else.” – Ann Curry

“It’s not like there’s one answer. It’s not two plus two equals four. It requires judgment. Nobody comes out of school knowing how to be a journalist. Nobody. Not me, not anybody. It’s about the mistakes you make that teach you how to be better. And it’s about the judgment that eventually you glean.” – Ann Curry

“I think it’s, in general, overdue. We clearly are waking up to a reality and injustice that has been occurring for some time. I think it will continue to occur until the glass ceiling is finally broken.” – Ann Curry

Now that you know all about Ann Curry’s net worth and how she achieved success; let’s take a look at some of the lessons we can learn from her:

If you can have faith in your real self, you’ll suffer less. Be bold about who you really are.

Journalism is an act of faith in the future.

Maybe the best thing you’ll ever do, you haven’t even thought of yet.

Beauty doesn’t matter because, in the end, we all lose our looks, and all we have is our heart.

How much is Ann Curry worth?

Ann Curry’s net worth is estimated to be $20 Million.

How old is Ann Curry?

How tall is Ann Curry?

Ann Curry is an American television personality and journalist who lived in Japan for several years as a child.

She attended the Ernest J. King School on the United States Fleet Activities Sasebo naval base in Sasebo, Nagasaki.

She later moved to Oregon, where she graduated from Ashland High School and the University of Oregon with a bachelor’s degree in journalism.

What do you think about Ann Curry’s net worth? Leave a comment below.