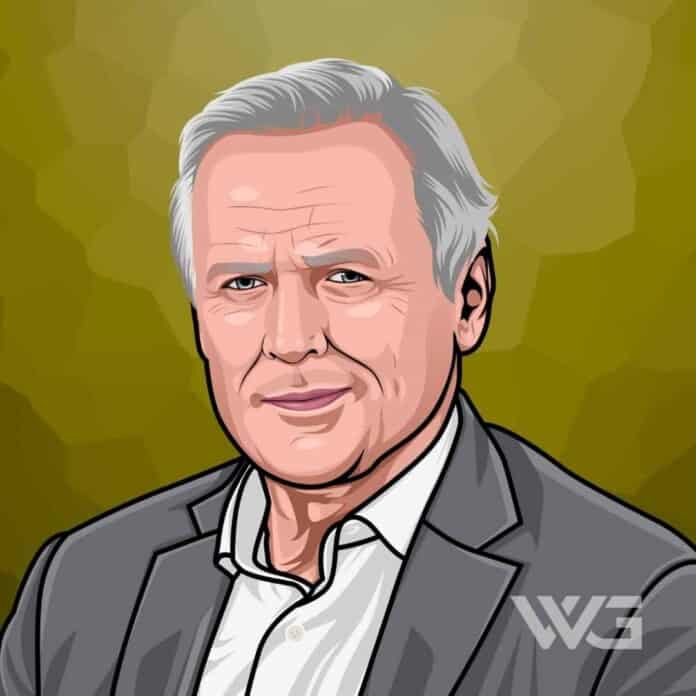 What is John Grisham’s net worth?

John Grisham is an American novelist, politician, and activist.

Grisham’s books have been translated into 42 languages and published worldwide. He graduated from Mississippi State University and received a J.D. degree from the University of Mississippi School of Law in 1981.

John Ray Grisham Jr. was born on the 8th of February, 1955, in Jonesboro, Arkansas. His father was a construction worker, and his mother was a homemaker. When he was 4 years old, his family settled in Southaven, Mississippi.

Grisham wanted to be a baseball player as a child. Grisham gave up playing baseball at the age of 18, after a game in which a hostile pitcher aimed a beanball at him.

Grisham practiced criminal law for a decade and represented the seventh district in the Mississippi House of Representatives from 1984 to 1990 as a Democrat.

His book ‘A Time to Kill’ was published in 1989. One of his first bestsellers came with his second novel ‘The Firm.’ The title stayed on The New York Times bestseller list for 47 weeks. He gave up practicing law following this success.

Grisham was on a hot streak having the second bestselling book of the year in 1992 and 1993. Titles from these years include ‘The Pelican Brief,’ ‘The Client,’ ‘The Rainmaker,’ and ‘The Runaway Jury.’

As of this year, nine of Grisham’s novels have been adapted into films. ‘The Firm’ starred Tom Cruise and Holly Hunter; it grossed $270 million at the box office.

Among the other adaptations of Grisham’s work are 1994’s ‘The Client,’ featuring an Oscar-nominated performance from Susan Sarandon, and the 2003 television film ‘A Painted House,’ starring Scott Glenn and Logan Lerman.

How Does John Grisham Spend His Money?

Grisham has supported some charities throughout his career, such as Ubuntu Africa.

Here are some of the best highlights of John Grisham’s career:

“I always try to tell a good story, one with a compelling plot that will keep the pages turning. That is my first and primary goal. Sometimes I can tackle an issue-homelessness, tobacco litigation, insurance fraud, the death penalty-and wrap a good story around it.” – John Grisham

“Nobody wants to read about the honest lawyer down the street who does real estate loans and wills. If you want to sell books, you have to write about the interesting lawyers – the guys who steal all the money and take off. That’s the fun stuff.” – John Grisham

“The company later went broke, and of course all blame was directed at the lawyers. Not once did I hear any talk that maybe a trace of mismanagement could in any way have contributed to the bankruptcy.” – John Grisham

“I’ve sold too many books to get good reviews anymore. There’s a lot of jealousy, because [reviewers] think they can write a good novel or a best-seller and get frustrated when they can’t. I’ve learned to despise them.” – John Grisham

“It’s amazing how lies grow. You start with a small one that seems easy to cover, then you get boxed in and tell another one. Then another. People believe you at first, then they act upon your lies, and you catch yourself wishing you’d simply told the truth.” – John Grisham

“Almost all of my books have been inspired by something I did, saw, or read about when I was a young lawyer in Mississippi many years ago, or something I read yesterday. And, yes, I am constantly trolling the news for stories about lawyers, firms, cases, courts, judges, appeals, litigation trends. That’s my world.” – John Grisham

Now that you know all about John Grisham’s net worth and how he achieved success; let’s take a look at some of the lessons we can learn from him:

There are three types of words: words we all know, words we should know, and words nobody knows. Don’t use the third category.

There’s always such a rush to judgment. It makes a fair trial hard to get.

Wrongful convictions happen every week in every state in this country. And they happen for all the same reasons. Sloppy police work.

How much is John Grisham worth?

John Grisham’s net worth is estimated to be $400 Million.

How old is John Grisham?

How tall is John Grisham?

John Grisham is an American author who has sold over 300 million copies of his books worldwide. He is known for his legal thrillers. In 1989, he made his novel debut with ‘A Time to Kill’; since then, he has written 28 consecutive number one bestsellers, with his books having sold 300 million copies. Grisham is an activist and politician, and he has served as a Democratic member of the Mississippi House of Representatives for six years.

What do you think about John Grisham’s net worth? Leave a comment below.