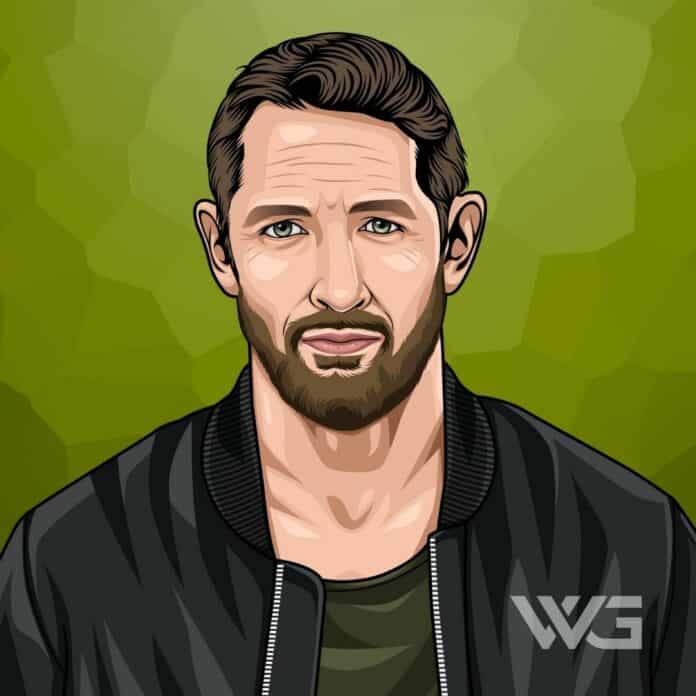 What is Wade Barrett’s net worth?

Wade Barrett is best known for his performances as a professional wrestler as well as his acting abilities.

You may recognise Wade for his leadership while working with The Nexus group in WWE, but he has many nicknames including, “Bad News Barrett” and “King Barrett”.

Starting as a bare-knuckle boxer and then moving on to become one of the top wrestlers in America, Barrett has succeeded beyond his wildest imaginings.

He’s earned a fortune through acting, appearing in moves such as “I Am Vengeance” and “Dead Man Down”.

As of February 2023, Wade Barrett’s net worth is estimated to be $7 Million.

One of his biggest inspirations as a kid, was Davey Boy Smith, a popular wrestler who influenced him greatly.

Bennett attended the University of Liverpool and graduated with a degree in marine biology. While starting his training as a wrestler, he also worked as a recruitment consultant as well as in a science lab.

His bare-knuckle boxing career left him with a disfigured nose from the many punches he took.

However, he hasn’t regretted his bare-knuckle boxer career as it was the reason he was able to become a champion in WWE.

Wade became a professional wrestler at the age of 21 and started to train with Al Snow and Jon Ritchie. In the beginning, he went by the ring name Stu Sanders and fought in a 30-man battle royal as his first televised match.

He started working with WWE in 2006, signing a contract in October and transferring to Florida Championship Wrestling, where he fought as part of the famous duo, “The Empire”.

During this time, he started using his birth name before changing his ring name temporarily to Lawrence Knight and also spent some time as a commentator for FCW alongside Dusty Rhodes.

Late in 2010, Wade was fired from Raw due to an event where Wade and some rookies destroyed the ring area during a match. This resulted in a feud between Bret Hart, the Raw General Manager, over their WWE contracts, but Bret Hart was then fired by Vince McMahon.

Wade won his first WWE Intercontinental Championship but was dropped from the Nexus Group when he lost The Miz WWE Championship, resulting in CM Punk removing his Nexus armband.

After losing his leadership over the group, Wade still appeared many times in the ring. Due to complications with his visa, he had to take some time away and travel back to the United Kingdom.

Barrett won a total of four WWE Intercontinental Championships and joined The League of Nations until his contract expired.

After he decided to leave wrestling, Wade ventured into acting, appearing in films such as, “Dead Man Down”, “Eliminators” and the sequels of “I Am Vengeance”.

Wade is currently working as the color commentator alongside Michael Cole on SmackDown.

After many fights both in the boxing ring and in WWE, Wade was able to pursue a career in acting.

He had earned a fortune from his fighting skills and decided that the idea of acting was more attractive than getting beaten up in the ring.

After leaving the world of wrestling, Wade found success in front of the camera. His martial arts skills served him well in his roles and resulted in him earning more than he’d done in the ring.

Wade Barrett has become wealthy through the careful investment of his winnings while working for WWE.

However, his move into the film industry could very well see him earn substantially more, with a lot less risk to his health.

Here’s a breakdown of Wade Barrett’s annual net worth:

Wade is no longer wrestling but he is still involved in commentating on matches in WWE.

Whether he returns will depend on how successful he is in his move to an acting career.

Wade has a history of dating well-known celebrities, including a relationship with a fellow wrestler, Alicia Fox, who is no longer with WWE due to being fired for drunkenness during a performance.

Currently, Wade is single and focusing on his acting career after acquiring his American green card in 2014.

He goes by his real name Stu Bennet when casting for acting roles and left wrestling due to being unhappy in the ring.

Although it wasn’t part of some master plan, acting was something he’d done with WWE movies before. He’d made some contacts in the industry, so it wasn’t a huge leap when the “I am Vengeance” script crossed his desk.

Wade has been through a lot in his career and has earned his right to be regarded as one of the best wrestlers in WWE.

Here are some of the more memorable moments from Wade Barrett’s career:

Wade Barrett is a seasoned fighter who can mix it up with the best of them. However, the roles he’s played have not always resulted in the fame or money that he was expecting.

How Does Wade Barrett Spend His Money?

From the start of his career, Wade believed in saving as much money as possible from his paychecks and investing rather than spending it.

After suffering an injury to his neck in 2015, he decided the risk of a more serious injury wasn’t worth the risk and decided to quit WWE.

Because he’d saved so much of his money, he was able to decide on his future without worrying that he didn’t have enough money to live on.

Wade believes in investing in real estate and owns a property in London that is reported to be worth $4 million.

He enjoys luxury vehicles and has been seen in some of the most expensive cars in the world, specifically large luxury cars that will accommodate his 6’7” frame.

Wade Barrett is now expanding his acting rolls to include appearances on television shows.

This championship wrestler knows that he can’t fight for ever and is looking at lucrative alternatives that will use some of his existing skills.

Here are some of the best highlights of Wade Barrett’s career:

Wade has made a lot of money in the ring and it was hard to give up because of the uncertainty of making films.

However, he has been successful so far and will no doubt continue to find roles that will suit his unique skill set.

As a wrestler, you have to be quick on your feet during interviews and in front of the crowd.

Wade has proven that he has the gift of the gab and can mix it up with the best of them in WWE.

Here are our favorite quotes from Wade Barrett:

Wade Barrett has always wanted to be a wrestler, and in the end, he achieved his goal. But now, his goals have changed and he is moving on to another more satisfying career in front of the camera.

Now that you know all about Wade Barrett’s net worth, here are some of the best success lessons to learn from Wade Barrett:

1. Always Stay True To Your Passion

Wade’s main reason for leaving wrestling was that it had not gone the way he wanted it to go. He started to lose his passion for wrestling, so he made a choice to follow another passion.

2. No Goal Or Passion Should Put Your Life On The Line

He started to realize just how much strain his body was taking and rather than neglecting his health and not being able to return, he decided to leave before it was too late.

3. Stand Up For What You Believe In

During the beginning of The Nexus Group, he almost lost his job, but instead of sitting back and letting it happen, he stood up and fought for his career. This resulted in him getting his contract back and securing his future.

Wade has claimed that no wrestler ever retires, as he would return to the ring if he was given the right opportunity.

Since the start of his career, he has been able to win multiple titles and has made a name for himself amongst wrestlers worldwide.

As of February 2023, Wade Barrett’s net worth is estimated to be $7 Million.

What do you think about Wade Barrett’s net worth? Leave a comment below.