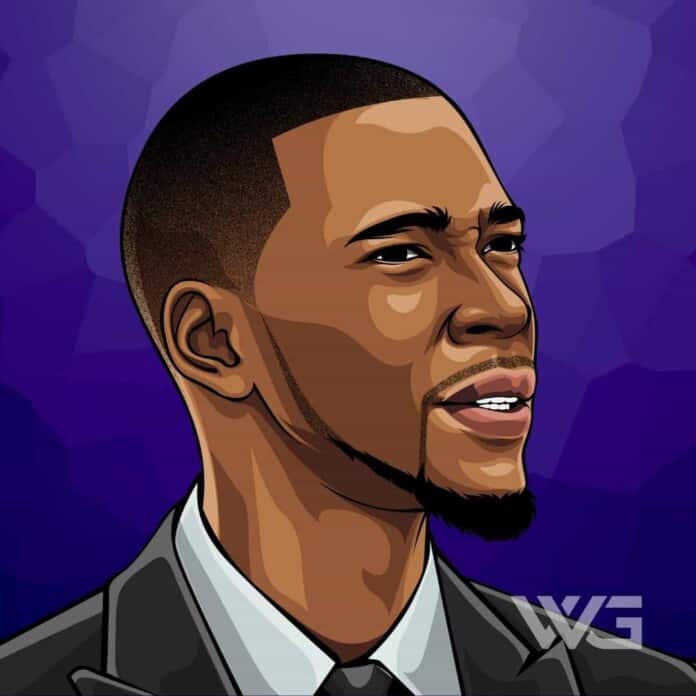 What is Jay Pharoah’s net worth?

Jay Pharoah is an American actor, stand-up, comedian, and rapper from Virginia. Pharoah joined the cast of NBC’s Saturday Night Live in 2010, for its thirty-sixth season.

In 2015, he was ranked the 55th greatest Saturday Night Live cast member by Rolling Stone magazine.

He began doing impersonations at age six and cites Gilbert Gottfried’s character in Aladdin, Iago, as his first voice, explaining, “My father put me in a talent competition a couple of months later, and out of the whole thing I got fifth place.”

Pharoah began his career by performing stand-up comedy in community theaters and at comedy clubs in Virginia when he was 16 years old. He at one point toured with Corey Holcomb and Charlie Murphy.

Pharoah became an internet phenomenon when his impersonation of Barack Obama became widely seen on YouTube. In early 2010, Pharoah appeared in a series of segments that aired on 106 & Park in promotion for the 2010 BET Awards.

He debuted his SNL impersonation of Barack Obama in the 38th season premiere on September 15, 2012, succeeding Fred Armisen in that role. Rolling Stone magazine described him as the “Jimmy Fallon of 2 Chainz impressions.

In 2014, he had a small role in the buddy cop film Ride Along, starring Ice Cube and Kevin Hart, and appeared in the independent film Balls Out, a sports comedy starring fellow SNL cast members, Beck Bennett, and Kate McKinnon.

Here are some of the best highlights of Jay Pharoah’s career:

“I am the product of hustlers who taught me how to do it. They gave me a hustler’s ambition. Not a bad thing to get from your parents. But hustling only gets you so far. You have to trust yourself. And you have to be ready to fall on your face and be okay when it happens.” – Jay Pharoah

“I will definitely drop bars, but that’s, like, a few minutes of my show. I do a part of my set where I do that, and then I’ll get back to the jokes. All the older people will look like, ‘What the hell is happening?’ The younger people are cheering, and the older people are like, ‘I’m scared. I don’t know what’s going on.'” – Jay Pharoah

Now that you know all about Jay Pharoah’s net worth, and how he achieved success; let’s take a look at some of the lessons we can learn from him:

Tenacity is the virtue of sticking it out and never throwing in the towel when things start to get tough.

Many people who have regrets are those who quit when success was almost within reach because the way was too hard. Just keep going.

Practice the art and virtue in all aspects of your life. When you de-clutter and remove the excesses in your life, you will gain more peace and appreciate life more.

3. It Takes A lot of Mental Willpower to Succeed Financially

Financial success does not happen overnight. Sometimes, you experience financial setbacks that will be very difficult to overcome. Facing this reality will help you face challenges on your way to financial success.

How much is Jay Pharoah worth?

Jay Pharoah’s net worth is estimated to be $4.5 Million.

How old is Jay Pharoah?

How tall is Jay Pharoah?

Jay Pharoah is an incredible comedian. He gained national recognition for his impressions of Barack Obama, which he uploaded to YouTube.

This led to appearances on such shows as, “106 and Park”, and then an invitation from “Saturday Night Live”.

He began performing on “Saturday Night Live” in 2010 and has become known for his impressions of such celebrities as Jay-Z, Denzel Washington, Eddie Murphy, and Lil’ Wayne.

What do you think about Jay Pharoah’s net worth? Leave a comment below.