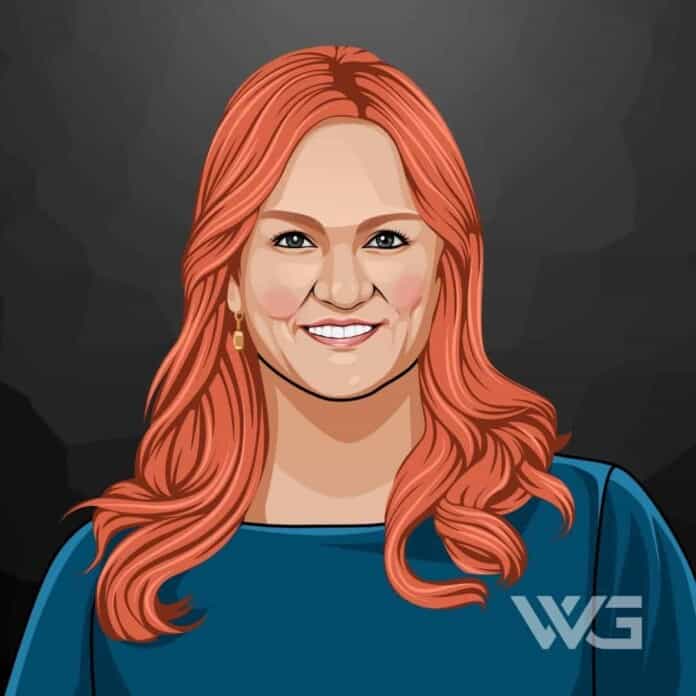 What is Ree Drummond’s net worth?

As of January 2023, Ree Drummond’s net worth is approximately $50 Million.

Drummond’s blog, ‘The Pioneer Woman’ documents her daily life as a ranch wife and mother. Her blog was named the ‘Weblog of the Year’ in 2009, 2010, and 2017 at the Annual Weblog Awards.

Anne Marie “Ree” Drummond was born on the 6th of January, 1969, in Oklahoma. Drummond grew up in a home with two brothers and a younger sister. In 1987, she graduated from Bartlesville High School.

In 1991, she graduated from the University of Southern California where she studied journalism. After she graduated she hoped to attend law school in Chicago, but her plans changed when she met and married her husband, Ladd Drummond.

Ree Drummond started her blog in 2006 and she soon set up a domain and titled it ‘thepioneerwoman.com.’ Drummond later started a blog titled ‘Confessions of a Pioneer Woman’ and ended up making that title to ‘The Pioneer Woman.’

Drummond normally posts cooking recipes and blogs about her life on the ranch as a wife and a mother. She homeschools her children, and this experience was also turned into some popular blogs. In 2007, she posted her first cooking blog, ‘How to Cook a Steak,’.

In April 2008, she organized a contest and asked her readers to submit their favorite recipes. The contest was a major success as she received more than 5000 recipes in less than a day of the launch of the contest on her blog.

Here are the best highlights of Ree Drummond’s career:

“I love black leggings with cowboy (I mean cowgirl!) boots and other-slightly fewer trendy-things like my boys’ Wrangler jeans and my husband’s worn deerskin work gloves. I love most things country, because the country, to me, is home.” – Ree Drummond

“I’ve set aside a nice chunk of my advertising revenue each month for giveaways, like a KitchenAid mixer. I like buying them for the audience because without the audience I wouldn’t have the blog or the revenue in the first place.” – Ree Drummond

“I’m as flawed as the next person. But maybe I inspire women because I’m an example that you should never assume that where you are in life or what you’re doing is going to remain exactly as it is forever.” – Ree Drummond

“I hate to play the I-live-in-the-country card, but it really takes all of the ‘pack the kids into the car and run from here to there’ out of the equation.” – Ree Drummond

“My head rested on his shoulder, my heart rested entirely in his hands, And in a whisper, my words escaped: “I love you.” He probably hadn’t heard them. He was too focused on the movie. But he heard me; I could tell. His arms enveloped me even further; his embrace tightened. He breathed in and sighed, and his hand played with my hair. “Good,” he said softly, and his gentle lips found mine.” – Ree Drummond

View our larger collection of the best Ree Drummond quotes!

Now that you know all about Ree Drummond’s net worth, and how he achieved success; let’s take a look at one of her best lesson that we can learn from her:

Go after what you really love and find a way to make that work for you, and then you’ll be a happy person.

How much is Ree Drummond worth?

Ree Drummond’s net worth is estimated to be $50 Million.

How old is Ree Drummond?

How tall is Ree Drummond?

Ree Drummond is an American blogger, author, and food writer who was born and raised in Oklahoma. She studied gerontology and journalism in college. In 2011, she started her own TV show titled ‘The Pioneer Woman’.

She has also written several books.

What do you think about Ree Drummond’s net worth? Leave a comment below.