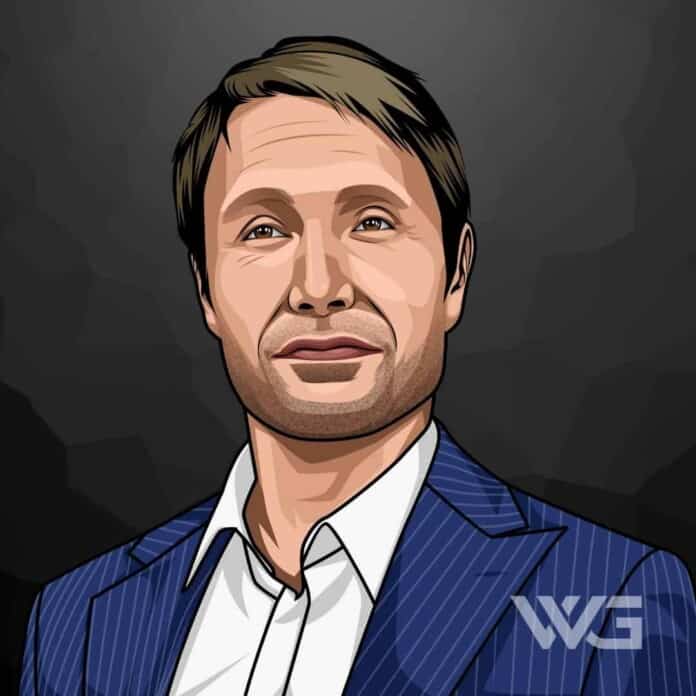 What is Mads Mikkelsen’s net worth?

Mads Mikkelsen is a Danish actor from Copenhagen. Mikkelsen began acting in 1996.

He rose to fame in Denmark as Tonny the drug dealer in the first two films of the ‘Pusher film’ trilogy, and in his role as the brash yet sensitive policeman, Allan Fischer, in Peter Thorsboe’s Danish television series ‘Rejseholdet’.

As of December 2022, Mads Mikkelsen’s net worth is roughly $14 Million.

Made Dittmann Mikkelsen was on the 22nd of November, 1965, in Østerbro, Copenhagen. Mikkelsen is the second son of Bente Christiansen, a nurse, and Henning Mikkelsen, a bank teller and trade union official.

In his youth, he trained as a gymnast, wanting to pursue athletics, but then studied dancing at the Balettakademien (ballet academy) in Gothenburg where he also became fluent in Swedish.

Mikkelsen made his film debut in 1996 as a drug dealer in Nicolas Winding Refn’s internationally successful film ‘Pusher’, which would later spawn two sequels. He went on to play marginalized, often comic roles in popular Danish movies.

In 1999, Mikkelsen had a leading role as Lenny, a shy film expert who suffers from an avoidant personality disorder, opposite Kim Bodnia in ‘Refn’s Bleeder’.

He played Comte de Rochefort in another box-office success, ‘The Three Musketeers’, in 2011, which earned poor reviews from critics. In 2012, he starred in ‘The Hunt’, for which he won the Best Actor Award at the Cannes Film Festival.

Mikkelsen starred in a survival thriller ‘Arctic’ in 2018, directed by the Brazilian filmmaker Joe Penna. He joined the cast for Doug Liman’s film ‘Chaos Walking’.

Here are some of the best highlights of Mads Mikkelsen’s career:

“If you believe in Odin and Thor, people laugh themselves to death. While it’s okay to believe in a man who turned water into wine and walked on water” – Mads Mikkelsen

“I would have turned any offer down if it had turned into a thriller. It’s not a question of whether he did it or not. I would have thought that was banal and uninteresting, and I wouldn’t care. And it could have also turned into a shoot-out because there were a lot of guns in the film.” – Mads Mikkelsen

“I do read some of the scripts from America and, even though the themes or subject of the film is very interesting, and some of the scenes are very interesting, there is a tendency that they have to explain everything. There will be no dilemma. This guy was evil, and this girl was very sweet. And in the end, we’d have to see eight endings because we’d also have to know what happened to the uncle. It’s like, “Are you kidding me?!” – Mads Mikkelsen

“I’m a beer man. I tried to drink whiskey and Scotch but I don’t get it. It smells like a girl who didn’t shower and just splashed a lot of perfume on.” – Mads Mikkelsen

“I guess they have to label someone the sexiest person in the world, and it is always someone who is on telly even if it’s the weatherman. For a couple of years, it was me and then it was someone else. It’s nicer being the sexiest man than the ugliest man. I live with it, and I don’t mind it, but I don’t go around with a big smile on my face every day.” – Mads Mikkelsen

Now that you know all about Mads Mikkelsen’s net worth, and how he achieved success; let’s take a look at some of the strongest lessons we can learn from him:

Do the kind of things that come from the heart, When you do, you won’t be dissatisfied, you won’t be envious, you won’t belong to somebody else’s things. On the contrary, you’ll be overwhelmed with what comes back.

Instead of complaining about the problem and blaming others, start finding the solution.

How much is Mads Mikkelsen worth?

Mads Mikkelsen’s net worth is estimated to be $14 Million.

How old is Mads Mikkelsen?

How tall is Mads Mikkelsen?

Mads Mikkelsen is a Danish actor who made his film debut in the internationally successful project, “Pusher”, and his since gone on to become one of Europe’s most celebrated actors. He has won numerous Danish and European acting awards.

As of December 2022, Mads Mikkelsen’s net worth is roughly $14 Million.

What do you think about Mads Mikkelsen’s net worth? Leave a comment below.