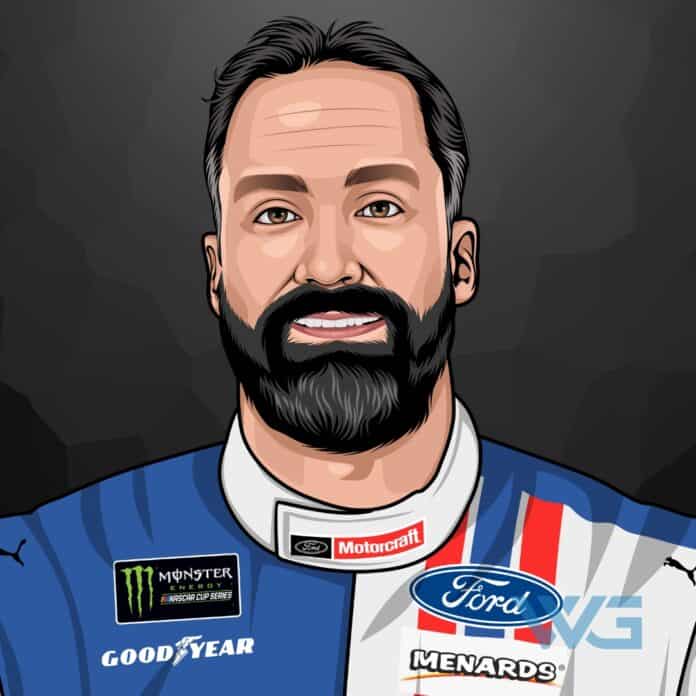 What is Paul Menard’s net worth?

John Paul Christian Menard started his NASCAR career in 2000 and, since then, has earned numerous racing titles.

While he started off racing full-time, he has cut back on the number of races he competes in each year, though he still manages to do well for himself.

Currently, Menard is part of the ThorSport Racing team, and despite his semi-retired status, he continues to compete part-time.

Paul began racing when he was only eight, winning the Briggs Junior Karting Class Championship in his hometown.

He started ice racing when he turned 15, and during the summers, he would race legend cars around short tracks in Wisconsin.

In 2000, he started racing in the NASCAR Re/Max Challenge series on a limited schedule and finished with 13 points.

In 2001 he officially started his rookie career and earned a pole position and a win at Road America, finishing the race ninth in points.

He joined Andy Petree Racing in 2003 and competed in NASCAR Cup, Truck, and Busch series events.

However, he subsequently left to join Dale Earnhardt, Inc., in 2004 and, during his time with the team, started competing full-time in 2007.

In 2009, Paul joined Yates Racing but only stayed with them until 2011 before joining Richard Childress Racing, where he remained until 2017.

While with Childress, he won his first and only Sprint Cup race at the Brickyard 400 in 2011, followed by the Nationwide race in 2014.

In 2018, Paul moved to Wood Brothers Racing and spent one season with them, where he earned his second NASCAR Series Pole Award.

After leaving Wood Brothers, Menard announced he was retiring from full-time racing, taking a year off from the track.

In 2021, he returned to racing part-time with ThorSport Racing and has since competed in the Circuit of the Americas and the spring Martinsville race.

While he isn’t one of the richest racing drivers in the world, Paul Menard has still earned himself a substantial fortune.

Although he hasn’t always earned millions every year, Menard has enjoyed some impressively large paydays.

Despite not being one of the highest-paid athletes in the world, Paul Menard has certainly secured enough money to live lavishly for the rest of his life.

Paul Menard married his wife, Jennifer Menard, in 2012, and together they have two children, a son, and a daughter.

Unfortunately, Menard likes to keep his personal life private and hasn’t shared much information about his life with fans.

In 2018, he even stood out as the only full-time Cup driver without a social media account, something that hasn’t changed since.

If he does decide to venture onto social media, we will be sure to keep you updated!

Paul Menard has won many races during his career, which has helped him become extremely wealthy.

While all of his titles are noteworthy, some stand out more than others due to their importance.

Here are some of Paul Menard’s best career victories:

He may not have won as many victories as Michael Schumacher, but Paul Menard has definitely secured a number of important racing titles.

Furthermore, as he continues competing, it is likely we will see him win even more important awards in the future.

How Does Paul Menard Spend His Money?

This home was sold in 2017 for $2.4 million, though he also owns another home in Davidson, North Carolina.

His other home was purchased in 2016 for $975k, and it sits on acres of land with five beds and five baths.

From images released of the home, it appears to have a large pool and an even larger garage where some of the most expensive cars in the world can be stored.

Paul Menard has reached many milestones during his career, which have helped him become a successful NASCAR racer.

However, some moments in his career have been more significant for their overall impact on his fame and fortune.

Here are some of the best highlights of Paul Menard’s career:

Despite not being as well-known as Dale Earnhardt Jr, Paul Menard has still experienced numerous high points in his career.

We also expect him to continue reaching new milestones as he continues competing with ThorSport Racing.

Paul Menard has enjoyed a long and successful career in NASCAR, earning millions with his talents behind the wheel.

In the past, he has often spoken about how he’s approached different races and continued to stay motivated.

Here are our favorite quotes from Paul Menard:

There is a lot we can learn from Paul Menard and his long career in NASCAR.

Now that you know all about Paul Menard’s net worth, we can take a look at what he can teach us about reaching our own goals.

Here are some of the best success lessons to learn from Paul Menard:

No one person can do everything on their own, which is why it is essential that you surround yourself with people who can help you when needed.

Having a team and a support network to assist you can help you progress toward your goals faster and also stop you from being overworked.

If you’re not motivated to get ahead, you will have a much harder time achieving your goals.

No matter how many setbacks you face, never stop getting back up and chasing your dreams because that’s the only way you’ll ever reach them.

Don’t let the success of others bring you down; instead, respect their achievements and use them to motivate yourself.

If you waste time with negativity, you’ll only slow your own progress down, which will never help you become successful.

Paul Menard has enjoyed a highly successful career in NASCAR, and he continues to compete today.

While he isn’t the wealthiest racer on the track, Menard has earned millions during his time behind the wheel, and his fortune is continuing to grow.

Make sure to check back often so that you won’t miss any updates impacting Menard’s wealth and racing career.

What do you think about Paul Menard’s net worth? Leave a comment below.