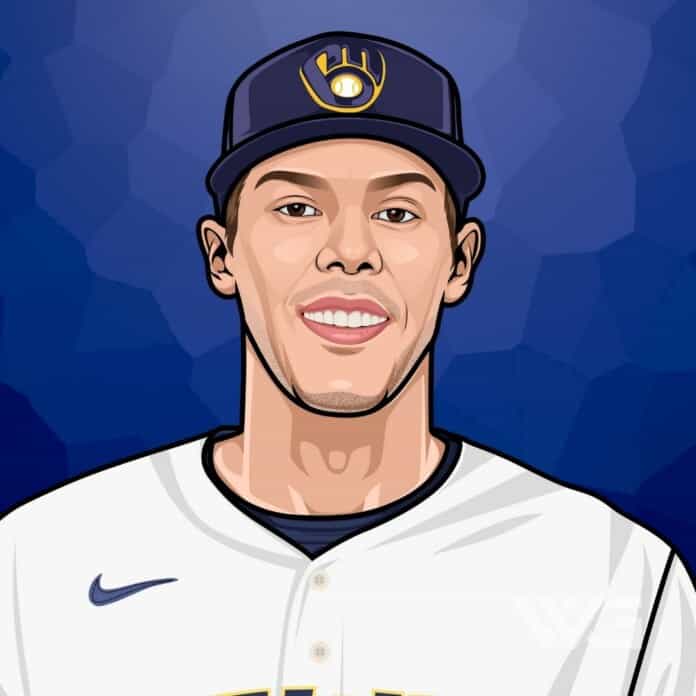 What is Christian Yelich’s net worth?

Yelich plays for the Milwaukee Brewers of MLB. Yelich previously played for the Miami Marlins. The Marlins selected Yelich in the first round of the 2010 MLB draft.

As of January 2023, Christian Yelich’s net worth is estimated to be $13 Million.

Christian Stephen Yelich was born on the 5th of December, 1991, in Thousand Oaks, California. Yelich attended Westlake High School. During his freshman year, he batted .373 with 25 hits and 16 strikeouts in 67 at-bats.

Yelich was offered a scholarship to play at the collegiate level with the Miami Hurricanes baseball team.

However, he was drafted by the Marlins 23rd overall in the 2010 Major League Baseball draft and agreed to a $1.7 million signing bonus on August 17.

In 2013, the Marlins promoted Yelich to the major leagues from the Double-A Jacksonville Suns. He had a fantastic 2014 season, batting .284 with 21 steals out of the leadoff spot for the Miami Marlins.

He also won a Gold Glove Award in left field, becoming the franchise’s youngest ever player and first outfielder to win the award. During the season,

Yelich was projected to bat third to start in 2016. He hit well in that spot and managed to increase his power output.

On April 23, in a game against the San Francisco Giants, Yelich hit three doubles, which tied a franchise record. Defensively, Yelich was a starting outfielder, alongside Ozuna and Giancarlo Stanton.

As of January 2023, Christian Yelich’s net worth is estimated to be roughly $13 Million.

Here are the best highlights of Christian Yelich’s career:

“Being a baseball player is most important, first, and foremost. Obviously, there are other obligations that come with everything. You just need to balance it and take it in stride, but at the same time, be mindful of your time and prioritize everything and what is most beneficial.” – Christian Yelich

“If you hit a routine fly ball in the big leagues, you’re out every time. If you hit a ground ball, you’re probably out a lot of the time as well. But there’s a happy medium in there, a way to swing where your misses can still lead to successes.” – Christian Yelich

“I never talked about launch angle, never mentioned the launch angle. I know there’s a lot of people probably hoping that I would say that because that’s just the trend in baseball.” – Christian Yelich

“Had a lot of friends, family friends, that had season tickets, and we’d all go when we were little kids. And you’d go after you played your own baseball game and change out of your uniform in the parking lot of Dodger Stadium to go put on street clothes and go watch the game.” – Christian Yelich

“It’s definitely different than living in Los Angeles or Miami Beach, but Milwaukee is still a great city in its own right. As far as the baseball goes, it’s been everything and more than I thought it was going to be.” – Christian Yelich

Now that you know all about Christian Yelich’s net worth, and how he achieved success; let’s take a look at some of his best lessons that we can learn from him:

There is only one way to happiness and that is to cease worrying about things that are beyond the power of our will.

Do your best to be happy, we’re human it’s normal to have bad days.

Have fun while it lasts, life is supposed to be fun.

How much is Christian Yelich worth?

Christian Yelich’s net worth is estimated to be $13 Million.

How old is Christian Yelich?

Christian Yelich was born on December 5, 1991, and is currently 31 years old.

How tall is Christian Yelich?

Christian Yelich is a famous baseball player who was traded to the Milwaukee Brewers and he was named NL MVP in his first year with the team. He is the eldest child of Stephen and Alecia Yelich.

His uncle, Chris Yelich, played for the UCLA Bruins. He is one of just four Brewers players to earn the Most Valuable Player Award in franchise history.

As of January 2023, Christian Yelich’s net worth is estimated to be roughly $13 Million.

What do you think about Christian Yelich’s net worth? Leave a comment below.