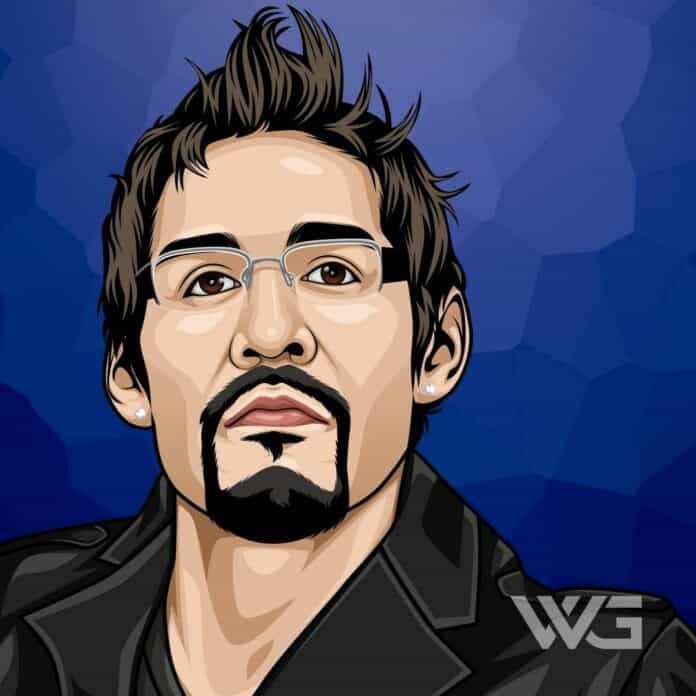 What is Antonio Margarito’s net worth?

Multiple Welterweight World Champion, Antonio Margarito, is one of the best boxers in welterweight history.

He had an extremely brief career as an amateur boxer before becoming a professional fighter, competing against top-flight boxers such as David Kamau, Alfred Ankamah, and Sergio Martinez during his career.

His boxing career has been marred by controversies surrounding cheating through the use of hand wraps containing calcium sulfate. But, there is still no doubting his ability in the ring based on his fight record.

As of November 2022, Antonio Margarito’s net worth is estimated to be $15 Million.

He moved to Tijuana with his father, Antonio Margarito Sr., and his mother, Consuelo Margarito, when he was only 2 years old.

He was brought up in a Christian household and continues to be a devout Catholic today, continuing the family traditions.

Antonio discovered his love for boxing when he and his brother Manuel Margarito visited the local boxing gym.

Antonio started his amateur career while still young and had to begin his professional boxing career at the age of 15 due to financial problems.

Unfortunately, his brother was found shot to death in his home when Antonio was 23 years old and remains an unsolved murder.

Antonio made his debut in the ring as a professional in 1994. By April of that year, he had already achieved his first knockout but also suffered his first defeat later in the same year.

His financial situation improved drastically as his career took off and he was able to help support his family.

In the beginning, he competed against Frankie Randall, Sergio Martinez, and many more top-flight boxers.

He then beat Diaz in the tenth round, by a knockout, to become the WBO Welterweight Champion for the first time in 2002.

Margarito made his debut in the light middleweight division, beating Maurice Brantley in 2003 with a 2nd round knockout.

Due to an issue regarding Antonio using calcium sulfate in his hand wraps, he was forced to take a break from boxing.

He made a comeback in 2010, in a fight against Roberto Garcia, winning the WBC International Light Middleweight title.

Antonio was rushed to the hospital after facing Manny Pacquiao in July 2010 for the WBC light middleweight championship. Pacquiao gave him a 10-round boxing lesson, ultimately fracturing his right orbital bone.

He decided to get his revenge and challenged Miguel Cotto the following year but was ultimately defeated and then retired.

Antonio made a comeback in 2016 and 2017, winning three matches. He decided to retire for good soon after the last match as he claimed that his body was not performing the same as it had before.

It is unfortunate that we didn’t get to see Antonio fight Fernando Vargas or Floyd Mayweather, but both these boxers turned down attempts at a match up with him.

Antonia Margarito entered professional boxing due to financial pressure facing his family when he was still just a child.

He was able to win a large amount of money at a young age, which then saved his family and set him on the path to stardom.

After more than 20 years in the professional boxing ring, Antonio’s body had taken a brutal beating.

After the Pacquiao fight, he was lucky to retain the vision in his right eye and his comeback in 2016 was certain to be short-lived.

Right from the start, Antonia’s motivation for climbing into the ring was money.

He used his first winnings when still a teenager, to help his family out of their financial difficulties and then made sure to save for his eventual retirement.

Here’s a breakdown of Antonio Margarito’s annual net worth:

After so many fighters end up broke or bankrupt a few short years after retirement, Antonio beat the odds and made sure that he had plenty of money stashed away for a rainy day.

His comeback in 2016 was more about his wish to be a champion than the money, but it almost cost him the sight in his right eye.

Antonio married his childhood sweetheart Michelle in 1999. Unfortunately, they decided to file for divorce but remarried before divorcing in 2011 once again.

He then married Lorena Vidales and went on to have two children, Antonio Margarito Jr., and Antonello Margarito.

Antonia and his family now live in Los Angeles, California, in a mansion far removed from the crowded house he and Michelle shared when they were first married, in Tijuana.

The neighborhood was very rough, with hundreds of murders each month. His managers and trainers wished he’d move to California to get away from the violence, but he was adamant that he wanted to stay with the people who knew him growing up.

As the violence increased, he feared that his wife and family would be in danger and finally moved to a house in southern San Diego County with a view of Mexico.

Antonia Margarito’s hard, fast-paced style was well-suited to a champion. He had immense power in his fists and his knockout record is impressive by any standard.

As a Welterweight and  Super Light Middleweight fighter, he was never a fighter his opponents could take lightly.

Here are some of the more memorable moments from Antonio Margarito’s career:

Margarito became one of the richest boxers in the world through his sheer determination and iron fists.

His ability to overpower his opponents as well as his solid jaw meant that he could mix it up and take a punch to set himself up for the win.

How Does Antonio Margarito Spend His Money?

Antonio is not an ostentatious man and keeps a very low profile now that he is retired.

While he loves fast cars, you will not see him driving around in the most expensive cars in the world, but rather an ordinary, everyday runabout. He is also not a fan of motorbikes, having seen the devastation a crash caused the fighter who took his  welterweight championship title, Paul Williams.

He has also been a part of multiple charity events, such as a project organized by the Rezlife church. One of the organization’s aims is to help young adults achieve their educational and life goals. Margarito gives freely of his time, acting as a mentor and role model to the young members.

From the very first time Antonio entered the ring, he knew that he was destined to become a champion.

Turning professional at 15 and earning his reputation in the dingy hotel ballrooms of southern California and Mexico was just what he needed to toughen him up and prepare him for the big time.

Here are some of the best highlights of Antonio Margarito’s career:

Margarito has got a lot of flack for the controversy surrounding his “plaster of Paris” wraps debacle.

But his detractors cannot deny the awesome power that he was able to generate, knocking out more than half of his world-class opponents in his professional career.

Antonio Margarito is a true fighter in every sense of the word. His early introduction into the ring made him incredibly aggressive and his style of chasing down opponents worked wonderfully well.

Here are our favorite quotes from Antonio Margarito:

Every boxing fan enjoys watching a fighter who can dish out punishment to his opponent and then take one on the chin and remain standing.

That is what makes boxing so exciting; the changing fortunes in the ring, the comebacks, and the crushing defeats. That’s what makes Margarito such an entertaining fighter to watch.

1. Keep Your Eye On The Prize

Antonio always kept his eyes on the prize and did everything in his power to achieve crushing wins. Even when things went against him, he just kept on going, knowing that he would eventually triumph.

2. Appreciate What You Have

Margarito entered his professional boxing career in dire need of financial help. His family looked to him to find a way out of their financial problems and stepped up and made it happen.

That is what made it all worthwhile for him and he is eternally grateful for the opportunities that boxing has provided for him and his family.

3. When Things Get Tough, Keep On Fighting

Antonio went through real lows during his career and in his personal life, but this didn’t stop him from fighting for what he wanted and what he believed in.

He knew that the solutions to a lot of his problems lay in the ring. So he kept on fighting, even when it was extremely tough and his body was giving in.

Antonio is one of the greatest boxers of all time, winning several championships over the course of his professional career.

He earned the nickname “El Tornado de Tijuana” for his ferocious style of boxing, overwhelming his opponents with punches from every angle.

Margarito retired from boxing due to his physical condition, after noticing that his body could no longer absorb the abuse without pain.

Whatever some fans may think of him, young boxers look up to him for his commitment to the sport of boxing.

As of November 2022, Antonio Margarito’s net worth is estimated to be $15 Million.

What do you think about Antonio Margarito’s net worth? Leave a comment below.