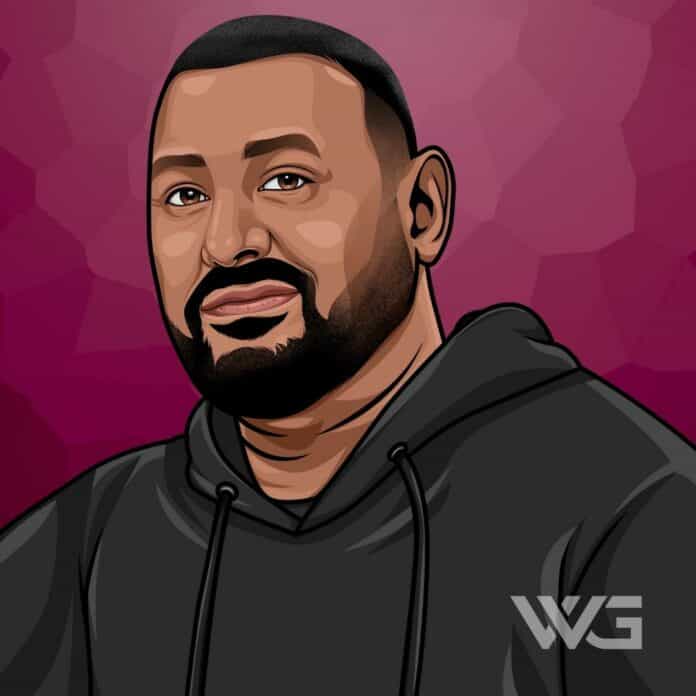 What is Naseem Hamed’s net worth?

Naseem Hamed, also known as Prince Naseem or Naz, is a former professional boxer who has held numerous titles over the course of his career.

When he retired in 2002, he was considered the second-richest British boxer in the world, and he’s maintained his wealth to live comfortably under the radar.

Growing up, Hamed became a protege at Brendan Ingle’s Wincobank gym and trained his southpaw style from an early age.

Hamed started attending the gym at the age of seven, and despite his young age, he was remarkably dedicated.

Training as often as he could, trainer Dominic Ingle was impressed that Hamed would often be the first to enter the gym and the last to leave.

This dedication would serve him well, as he entered the ring as a professional once he turned 18.

Naseem Hamed started his career in 1992 in the flyweight division, and in 1994 he won the European bantamweight title.

He would retain that title, and in 1995, when he won the WBO featherweight title against Steve Robinson.

In 1997, Hamed won the IBF featherweight title but vacated it months later after failing to negotiate with challenger Hector Lizarraga.

However, he continued to defend his WBO featherweight title until 2001, when he faced defeat for the first time against Marco Antonio Barrera.

Naseem then returned to the ring to win a match for the IBO featherweight title against Manuel Calvo, after which he retired due to chronic problems with his hands.

In total, Naseem Hamed took part in 37 fights, winning 36 and only losing one.

Naseem Hamed became one of the richest boxers in the world during his career and retired as the second-richest Brit in the sport.

While his full individual earnings have never been made public, we do have some information about his overall gains.

Although Hamed is still one of the wealthiest boxers in the world, he may very well lose his standing, like Mike Tyson did, if his wealth continues its steady decline.

Naseem Hamed has been married to Eleasha Hamed since 1998, and together they have two sons, Samir and Aadam.

Hamed’s sons have taken to following in their father’s footsteps, training at the same gym he did as a child, though neither have plans to enter the ring professionally.

On social media, Hamed is very active on his official Instagram account, where he posts photos of his past matches, his sons, and events he attends.

Considered one of the biggest stars in boxing by ESPN, Naseem Hamed has done well to make himself stand out from the crowd.

Throughout his career, Hamed has earned numerous awards and titles, some of which have been exceptionally noteworthy.

Here are some of Naseem Hamed’s most important victories and accomplishments:

While Naseem Hamed hasn’t achieved the same level of renown as Floyd Mayweather, he has done remarkably well during his career, earning many important accolades.

How Does Naseem Hamed Spend His Money?

While we don’t know where he lived after this, we do know that in early 2022, Hamed started renting a $1.5 million townhome next to Windsor Castle.

Although he isn’t personally living in one of the most expensive houses in the world, setting up shop next to the British Royal Family is pretty impressive.

We suppose Prince Naseem is really living up to his stage name.

Naseem Hamed’s career has been filled with memorable moments and remarkable achievements.

However, some points in his career have impacted his fame and fortune more than others, contributing greatly to his lasting legacy.

Here are some of the best highlights of Naseem Hamed’s career:

Like Manny Pacquiao, Naseem Hamed’s career was one of the most successful in boxing, and these are just a few of his most significant milestones.

Naseem Hamed takes pride in everything he has accomplished in the ring and his legacy in the sport.

He certainly doesn’t lack confidence, which is something that served him very well during his career.

Here are our favorite quotes from Naseem Hamed:

There is a lot we can learn from Naseem Hamed and his 10-year career as a professional boxer.

Now that you know all about Naseem Hamed’s net worth, we can take a look at what he can teach us about reaching our own goals.

Here are some of the best success lessons to learn from Naseem Hamed:

Confidence comes easier to some people than others, but it is important to have if you want to become successful.

If you’re lacking in confidence, you may never achieve your true potential and fail to put yourself out there to find beneficial opportunities.

Naseem Hamed was always thankful for the victories he earned, and that is something everyone can benefit from doing.

No matter how small your accomplishments may seem, be thankful for them and the opportunities that you’ve had, and build upon them to reach new heights.

Becoming successful is a challenge, but it is one that you can’t back down from if you want to achieve your goals.

Although it won’t be easy, it is worth all of the effort, and in the end, it will pay off when you accomplish things you would never have imagined.

Naseem Hamed has made a legacy as one of the best British professional boxers, and his fortune has swelled thanks to his talents.

Although he has been retired since 2002, the wealth he accumulated has ensured he can continue living comfortably for decades to come.

If you want to stay informed about Naseem’s finances and career, make sure to check back frequently so you won’t miss any updates!

What do you think about Naseem Hamed’s net worth? Leave a comment below.