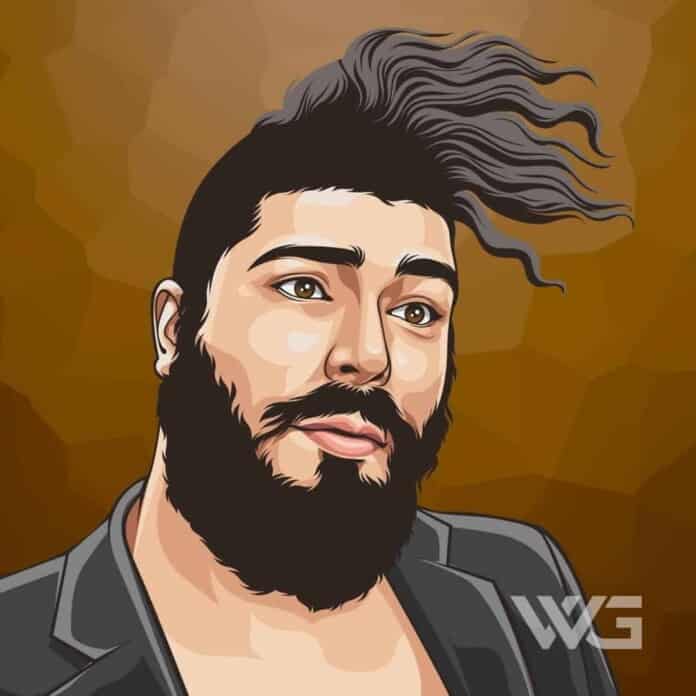 The Fat Jewish Net Worth

What is The Fat Jewish’s net worth?

The Fat Jewish is an American writer, actor, model, winemaker, and entrepreneur from New York. He is best known for being the founder of Swish Beverages.

Josh Ostrovsky was born on the 8th of February, 1982, in New York City. He attended several schools as a child, starting at the Packer school in Brooklyn, and then he also attended Trevor Day School and the Dwight School, both on the Upper West Side.

As a child actor, he appeared in several commercials, including one for Hershey’s. After attending New York University and Skidmore College and being expelled from both, he enrolled in State University of New York at Albany, graduating in 2006 with a bachelor of arts in journalism.

While still a student at SUNY Albany, Josh Ostrovsky formed the comedy group Team Facelift with two other MCs, Machine and Alden Fonda, and one producer, Tommy Mas.

During this period, he started to go by the name ‘The Fat Jew’. The group put out their only album ‘Mixed Emotions’ through their independent label Facelift Records in 2006.

In 2015, he was listed by Time magazine as one of the 30 most influential people on the internet as well as picked by Seamless as their spokesperson.

He served on ‘The Daily 10’ on E! as an entertainment reporter, conducting numerous celebrity interviews. He also hosted the popular web series ‘An Intimate Conversation’.

As an actor, he has appeared in the animated web series based on his life, titled ‘Story Time with Fat Jew’ and films ‘Zoolander 2’ and ‘Nerve’. He is set to appear in the action-comedy ‘The Peach Panther’ and comedy ‘Status Update’.

Here are some of the best highlights of The Fat Jewish’s career:

Favorite Quotes From The Fat Jewish

“It’s just based on the moment…Every second is the ultimate zeitgeist. So you narrow it down to those tiny moments. You just have to know the internet.” – The Fat Jewish

“People say go big or go home as if going home is a bad thing? Like hell yeah I wanna go home, and I’m gonna take a nap when I get there.” – The Fat Jewish

“I don’t know… boobs? Obviously, boobs do well, if you’re a woman… Then hashtag it, like #Syria, you know what I mean? #Oprah, #Iraq, #ISIS, just stuff that people are searching for. Then they’re going to find your boobs in those feeds and they’re going to follow you. Your follower count is going to go through the roof.” – The Fat Jewish

3 Life Lessons From The Fat Jewish

Now that you know all about The Fat Jewish’s net worth, and how he achieved success; let’s take a look at some of the lessons we can learn from him:

The essence of this life lesson — developing a growth mindset — for me means this: Hard work trumps talent every day of the week. The growth-minded swimmer who works hard, day in and day out, will surmount his naturally talented opponents.

No list of life lessons would be complete without mentioning words like “discipline” and “habit”. Though separate in meaning, disciplines, and habits ultimately intersect with one another to form the foundation for achievement — regularly working at something until it regularly works for you.

How much is The Fat Jewish worth?

The Fat Jewish’s net worth is estimated to be $80 Million.

How old is The Fat Jewish?

How tall is The Fat Jewish?

The Fat Jewish is an American social media personality, businessman, vintner, and writer. He is more popularly known by his social media moniker ‘The Fat Jew’.

A Manhattan native, he was a moderately active child actor and appeared in several television commercials. He founded the comedic hip-hop band Team Facelift with three others. The group carved a niche for itself with its bizarre theatrics and antics.

What do you think about The Fat Jewish’s net worth? Leave a comment below.