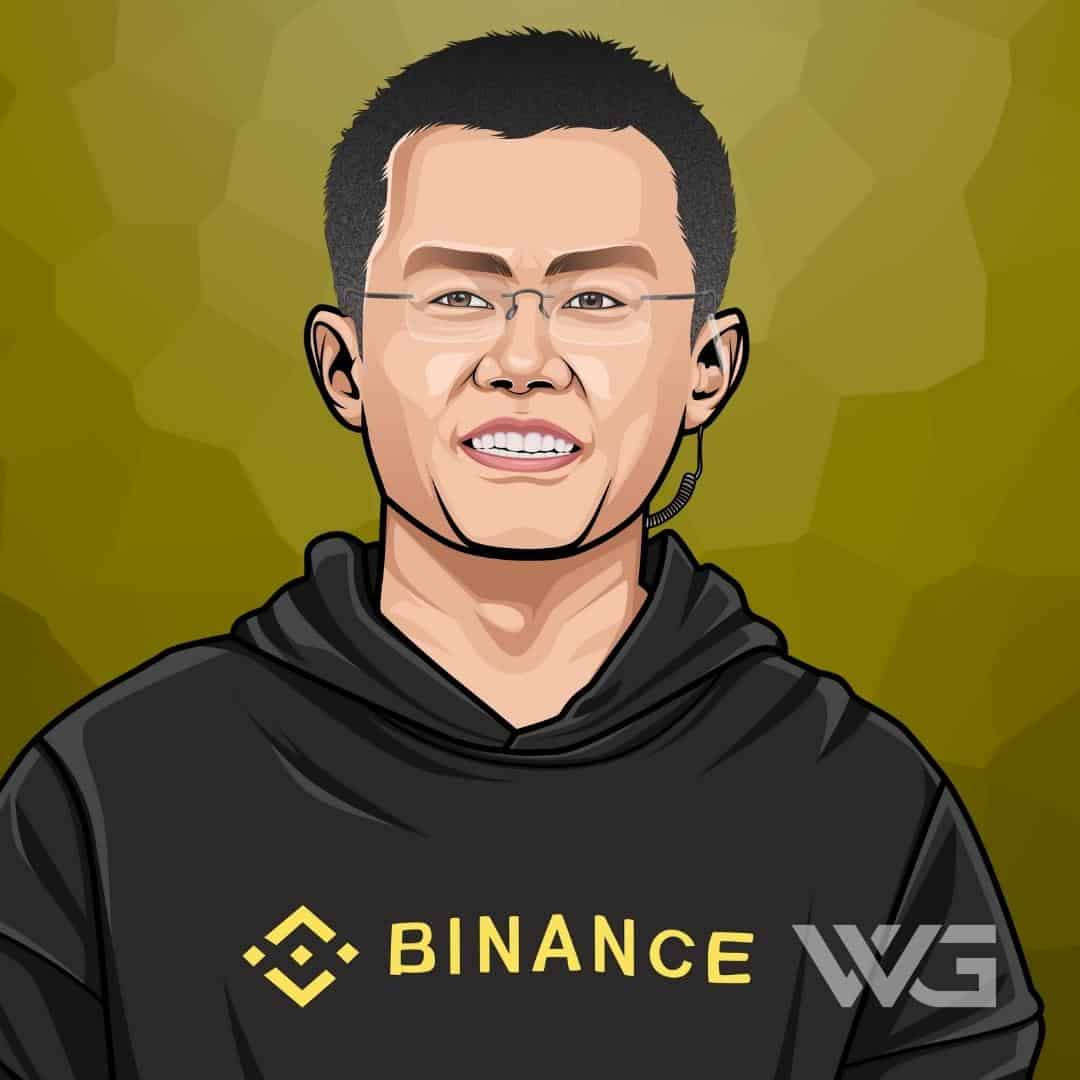 What is Changpeng Zhao’s net worth?

Often referred to as “CZ”, Zhao has helped to revolutionize digital currencies, while representing a true “rags to riches” life experience.

As of February 2023, Changpeng Zhao’s net worth is estimated to be $10 Billion.

Changpeng Zhao was born in China’s Jiangsu province on September 10, 1977, relocating to Vancouver in Canada with his parents when he was 12 years old.

To help support his family, Zhao held a variety of odd jobs during his teenage years, working at McDonald’s while studying at McGill University in Montreal.

After completing his computer science studies, he became a subcontractor at the Tokyo Stock Exchange, developing software for matching trade orders.

By 2013, Changpeng Zhao was becoming involved in cryptocurrency, working on Blockchain.info while also serving as Chief Technology Officer for OKCoin.

Zhao then established the company Binance, setting it up as a platform for spot trading between digital and assets and fiat currencies.

Beginning with a $15 million investment, the company skyrocketed in a short period, with the company moving its headquarters from China to Japan in 2017 following the Chinese government’s plan to ban cryptocurrency trading.

In 2018, Binance’s trading volume had become the largest in the world, placing Zhao on the Forbes list of The Richest People In Cryptocurrency for the first time.

By late 2021, he had a net worth rivaling some of the richest people in the world, with the media frequently comparing his rise in fortune to Mark Zuckerberg, founder of Facebook.

While this fortune quickly dropped off by mid-2022, he remains a billionaire several times over, investing $500 million in the attempt from Elon Musk to purchase Twitter.

While little is known about how much Changpeng Zhao has received as a regular income, as one of the richest people in Asia it’s assumed to be a considerable sum of money.

Some estimates have placed the figure at several million dollars per year when compared to the salaries of other billionaires such as Zuckerberg, who takes home an estimated annual salary of $20 million.

Zhao’s career earnings will include salaries from his various business ventures and other entrepreneurial activities.

Changpeng’s net worth has fluctuated wildly over the last few years, reaching its highest point of around $96 billion in late 2021 before plummeting to under $15 billion several months later.

Here’s a breakdown of Changpeng Zhao’s annual net worth:

Zhao faced controversy when he referred to people as “poor” in a tweet, which he has since deleted, facing public scrutiny for the comment.

In 2021, he stated that he plans to give away 99% of his wealth to charities, following in the footsteps of other notable entrepreneurs who have done the same.

How Does Changpeng Zhao Spend His Money?

While little is known about how Changpeng Zhao spends his money, he recently purchased an apartment in Dubai, home to some of the most expensive penthouses in the world, although details of his apartment aren’t known.

The investment was primarily to show his support for Dubai, where cryptocurrencies are valued while establishing a presence in the Middle East.

Zhao has previously stated that he avoids spending money on luxury goods such as the most expensive cars in the world as he views these as illiquid assets, preferring to avoid such indulgences.

Over a relatively short period, Changpend Zhao has gone from an aspiring entrepreneur to one of the most successful figures in the world of cryptocurrency trading.

Here are some of the best highlights of Changpeng Zhao’s career:

While Changpeng Zhao isn’t known for conducting interviews regularly, he has occasionally shared his insights into his life and fortune with the media.

Here are our favorite quotes from Changpeng Zhao:

Now that you know all about Changpeng Zhao’s net worth, what lessons can we learn from his entrepreneurial activities and huge success with cryptocurrencies?

Here are some of the best success lessons to learn from Changpeng Zhao:

1. A Change Of Scenery Is Often A Good Way To Find New Inspiration

Changpeng Zhao’s career has seen him moving around the world on more than one occasion, from Shanghai to Japan, as well as establishing a presence in Dubai.

If you want to get the best business opportunities, head to the places where entrepreneurs are welcomed with open arms.

2. In A Bear Market, Only The Strong Survive

When cryptocurrencies first entered the market, there was a mad rush for investors to get in on the action.

As we’re seeing now, many currencies have fallen by the wayside, with only the strongest remaining.

3. Cryptocurrencies Are Here To Stay.

Despite Zhao’s ups and downs, Binance is still going strong, with cryptocurrencies here to stay for the foreseeable future.

That wraps up this guide to Changpeng Zhao’s net worth, exploring his rapid rise to one of the richest people in the world with the huge success of Binance.

The cryptocurrency landscape continues to unfold, with Zhao’s position at the forefront all but guaranteed.

With Zhao’s net worth fluctuating over time it’s likely to change, so be sure to refer back to this article as we’ll update it with the most accurate figure.

As of February 2023, Changpeng Zhao’s net worth is estimated to be $10 Billion.

What do you think about Changpeng Zhao’s net worth? Leave a comment below.