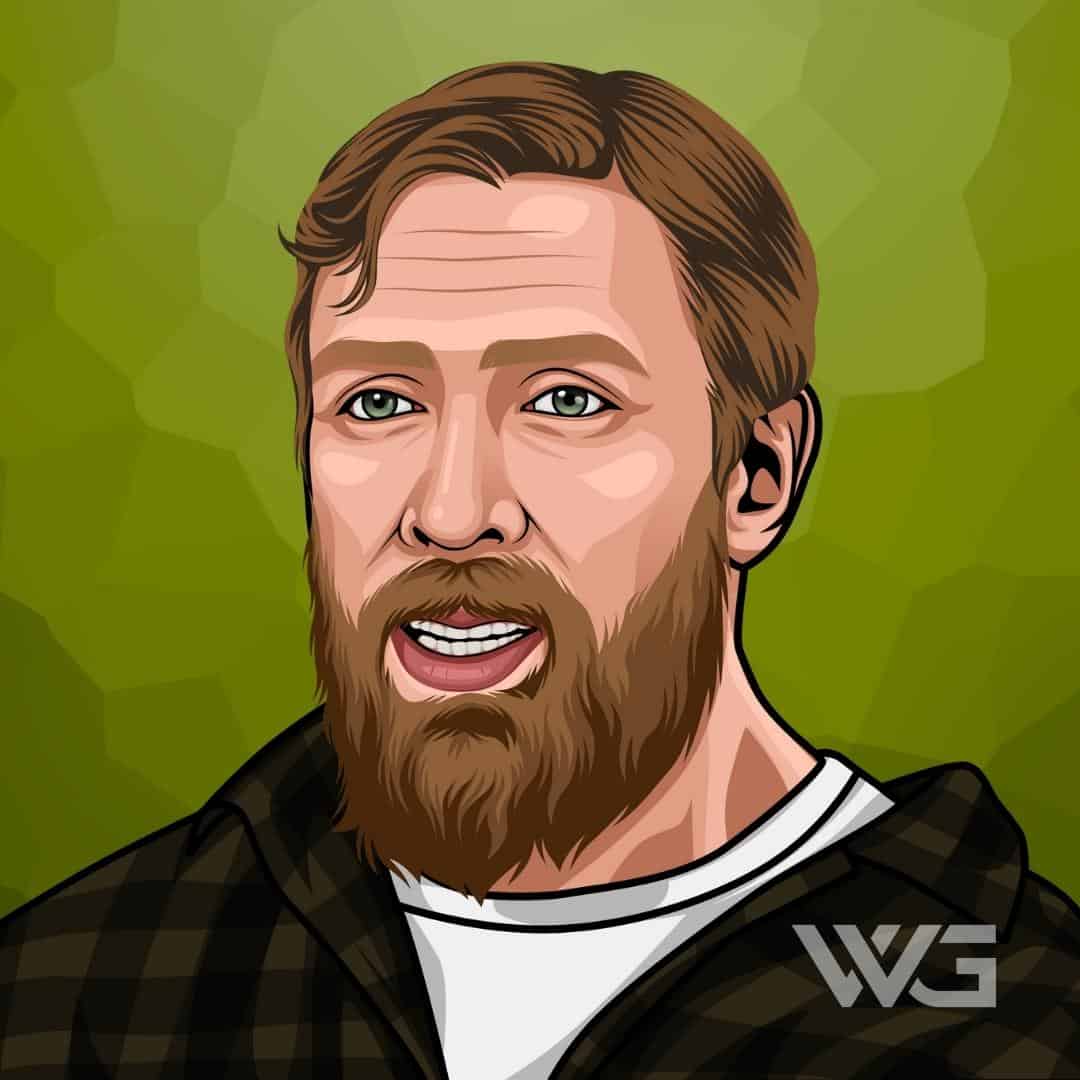 What is Daniel Bryan’s net worth?

Daniel is known as one of the best technical wrestlers in history. Despite being quite a bit smaller than his opponents, Daniel is extremely talented and makes up for his lack of size by being quicker and smarter in the ring.

He is currently signed with WWE and is one of their most famous and popular competitors.

Daniel is also known by his fans as the “Founding Father” of the Ring of Honor. The Ring of Honor is a promotion for the final of a film featuring multiple wrestlers.

As of February 2023, Daniel Bryan’s net worth is estimated to be $12 Million.

Bryan Lloyd Danielson was born on 22 May 1981, in Washington DC. His family was middle-class with his father working as a logger and his mom employed as a therapist. Daniel also has an older sister, Billie Sue.

While still a child, Daniels’s parents divorced. The emotional impact on Daniel was profound, but he soon emersed himself in football as a way to cope. Not letting it get him down, Daniel focused on athletics and became an excellent football player.

By the age of 18, Daniel was passionate about wrestling. He was all set to attend Dean Malenko’s Wrestling School at the end of his final year at school but it, unfortunately, closed down. Faced with an uncertain future, he was advised to join the Texas Wrestling Academy.

At the start of his career in 2000, Daniel signed with WWF for a development tour.

By the time his contract ended, Daniel had become an accomplished fighter, winning the Light Heavyweight Championship and earning the ring name, American Dragon. William Regal coached Daniel during his contract and has been credited with shaping him into the technical wrestler he is today.

Daniel then joined an independent promotion called the Ring of Honor, in 2002.

In 2005, Daniel defeated James Gibson, which earned him the ROH World Championship. After 15 months of constant wins, Daniel was defeated in a match against Homicide in 2006.

After the match, Daniel struggled emotionally and physically. He suffered from a bad shoulder injury and, because of this, took a break from wrestling.

In 2009, Daniel made his first major debut on television in a match against Austin Aries. With the unexpected popularity of the match, Daniel was signed by WWE.

Since the very beginning of his career with WWE, he has had many feuds with a host of different wrestlers. He’s squared off against some of the richest wrestlers in the world, including Brock Lesnar and Randy Orton,  so there’s no love lost between them.

With his violent behavior against the other wrestlers, WWE announced that if he didn’t stop, he was going to be fired. He went off to fight at the CHIKARA event and Westside Xtreme Wrestling, but made a comeback to WWE in 2010.

Daniel teamed up with Kane to form Hell No. They ended up winning their first tag team championship.

In 2014, Daniel got badly injured and had to be stretchered off, eventually undergoing neck surgery. After a lengthy rehab, he was soon back in the ring, appearing in 2015 for the Royal Rumble.

Currently, Daniel is the general manager of “Smackdown”. With this new position, you can find him on his official Twitter account, encouraging feuds with other wrestlers, but mainly keeping to commentary.

Daniel earns around $1 million each year and is said to have earned in excess of $14 million over the course of his wrestling career. His earnings comprise both his salary from wrestling, bonuses, endorsements, and commentary income.

As a crowd favorite, Daniel’s earnings are near the top of the rankings. Despite living frugally and following an austere lifestyle, Daniel is a very wealthy athlete who invested his money wisely.

Here’s a breakdown of Daniel Bryan’s annual net worth:

Daniel kept wrestling in the family by marrying a female competitor. He married Brie Bella, Nikki Bella’s sister, on the 11th of April 2014, after 3 years of being in a relationship. They have a daughter, Birdie, who was born on the 9th of May 2017.

Daniel has suffered from numerous injuries during his career and, due to a ruptured ear drum which he suffered in 2007, he can no longer swim. He struggles with hearing loss in his left ear and has surgery on his spine to relieve a compression injury.

For a wrestler as small as Daniel, it is impressive that he can take the fight to bigger men and win convincingly. By introducing Brazilian Jiu-Jitsu into his training regime, Daniel has consistently been able to outsmart his bigger opponents.

Here are some highlights from Daniel Bryan’s career:

How Does Daniel Bryan Spend His Money?

Daniel Bryan lives a hippy lifestyle along with his wife. He does not believe in living a luxurious existence, preferring to keep things simple. The couple shows off their resourceful way of life by posting videos of their gardens on Bella’s YouTube channel.

Daniel is an environmentalist, with his home equipped with solar panels and driving around in an electric car. The world’s most expensive cars certainly do not find a resting spot in his garage. Daniel and Bella live an understated life in a modest house in Seattle.

With Daniel being a natural athlete, wrestling came easily for him. He’s been lauded for his exceptional talent and ability, regularly amazing the crowd with his ability to handle larger men.

Here are some of the best highlights of Daniel Bryan’s career:

Daniel is extremely competitive. What he lacks in stature, he makes up for in skill and raw aggression.

He sees himself as a winner and goes into every fight with a positive mindset, knowing that he’ll give his all.

Here are our favorite quotes from Daniel Bryan:

While you might imagine that a wrestler as successful as Daniel Bryan is only concerned with himself and fighting, you’d be wrong.

He’s a thoughtful athlete, with a considerate outlook on life. He embodies the true warrior spirit, in that he is protective of those who cannot protect themselves.

Now that you know all about Daniel Bryan’s net worth, here are some of the best success lessons to learn from Daniel Bryan:

Even with Daniels’s aggression on stage, he lives a modest life. Which teaches us to not let money and fame go to our heads.

2. You Can Achieve Anything You Set Your Mind On

From starting with nothing, he has become one of the best wrestlers in the world. Daniel has proven that you can do whatever you can imagine, so long as you put your mind to it.

Knowing that he wasn’t built the way the audience might want him to be, he concentrated on being the best technical wrestler on the pro circuit. He firmly believes that big things come in small packages.

The fame that has found Daniel through his role in WWE has created more opportunities in TV entertainment. He was previously a popular contestant on the British reality show, Big Brother.

However, with multiple opportunities presented to him, Daniel finally decided to retire from the limelight.

Due to major concussions and the aftereffects of many matches, Daniel decided to focus on his family and take it easy on his body in the future.

As of February 2023, Daniel Bryan’s net worth is estimated to be $12 Million.

What do you think about Daniel Bryan’s net worth? Leave a comment below.