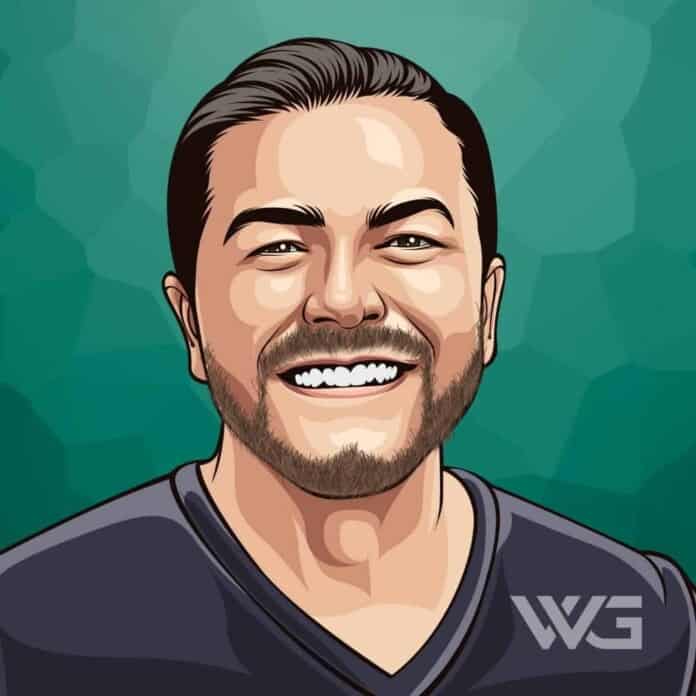 What is Ricky Gervais’ net worth?

Ricky Gervais is an English stand-up comedian and actor.

He began his career in stand-up during the late 90’s. His comedy performances included five multinational stand-up comedy tours. He is also the author of the Flanimals book series. Gervais’ acting roles include Muppets Most Wanted and the Netflix released Special Correspondents.

Ricky Gervais was born in Reading and raised in Whitley, along with his three siblings. His father emigrated from Canada to England during the Second World War.

His father worked labor jobs while his mom stayed home and raised him and his siblings. He often credits his wit and humor to his mother.

After high school, he worked as a gardener at the University of Reading before moving on to the University College of London. He originally intended to study biology but instead changed to philosophy where he graduated with a second-class honors degree.

During his time in university, he met Jane Fallon and they have been in a relationship since 1982.

Gervais is known for a variety of different endeavors through his career. This includes music, radio, stand up comedy, TV, animation, talk shows, books, and film.

In 1983, Gervais and college friend Bill Macrae were signed by London records for their band Seona Dancing. The duo only released two singles, which failed to rise to the charts in the UK.

He also worked as a manager for Suede before their band gained success in the 90’s.

He dabbled with radio some in university and after the first season of The Office returned to Xfm in 2011 for a radio show. In 2017 Ricky began hosting a weekly show on Sirius XM called “Ricky Gervais is Deadly Sirius.”

Gervais and his friend Stephen Merchant co-created the mockumentary The Office. The show was successful in the UK and has since been adapted for US television audiences. He has also done some writing for TV, including the BBC sketch Bruiser.

In 2005, Gervais took on a video podcast called “The Ricky Gervais Show”, which became one of the most popular downloads. This led to an animated series on HBO.

Various TV and movies have followed in recent years, and he shows no signs of slowing down. He has also created a children’s book series called Flanimals, which is being adapted for film.

Here are some of the best highlights of Ricky Gervais’ career:

“You won’t burn in hell. But be nice anyway.” – Ricky Gervais

“I see Atheists are fighting and killing each other again, over who doesn’t believe in any God the most. Oh, no..wait.. that never happens.” – Ricky Gervais

“If you can’t joke about the most horrendous things in the world, What’s the point of jokes? Whats the point in having humor? Humor is to get us over terrible things.” – Ricky Gervais

View our larger collection of the best Ricky Gervais quotes!

How much is Ricky Gervais worth?

Ricky Gervais’ net worth is estimated to be $140 Million.

How old is Ricky Gervais?

How tall is Ricky Gervais?

Ricky Gervais is a widely talented, one of the funniest stand up comedians and well-known celebrity. His ability to move between acting, comedy, and radio mediums, along with expressing his artistic abilities through writing and directing.

His net worth represents the hard work that Gervais puts into everything he does.

What do you think about Ricky Gervais’ net worth? Leave a comment below.

Julius Peppers earned a fortune as a linebacker, making millions by putting his body on the line and becoming very rich in the process.