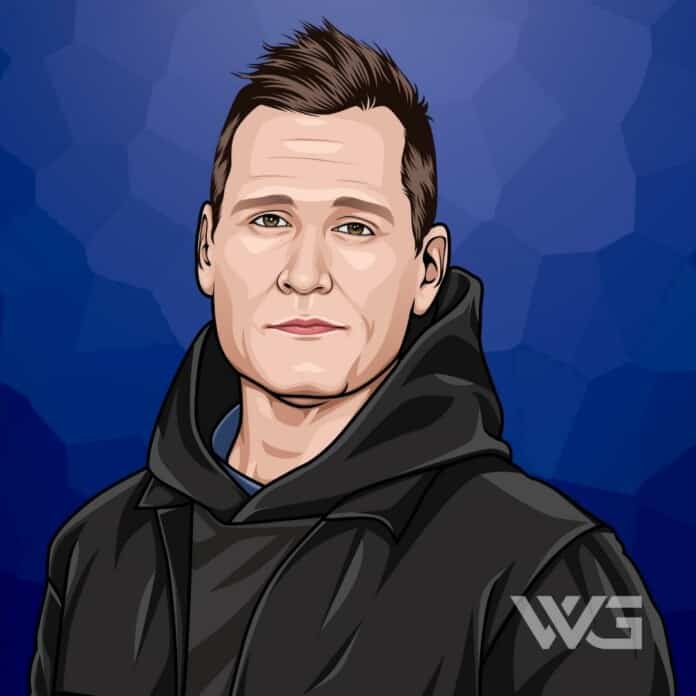 What is Kaskade’s net worth?

Ryan Gary Raddon, better known by his stage name Kaskade is a record producer, remixer, and DJ who has made a name for himself among fans of progressive house and electro house music.

Kaskade has been making music since 1995 and, in that time, has accumulated a huge net worth that makes him one of the richest DJs in the world.

Ryan Gary Raddon was born in 1971 in Chicago, Illinois, and he grew up near Northbrook, eventually attending Glenbrook North High School.

For college, Raddon moved to Utah to attend Brigham Young University, where he worked on his DJing skills while in his dorm room.

When he was 19, he had the opportunity to serve a two-year mission in Japan with the Church of Latter-Day Saints, and when he returned to America, he moved to Salt Lake City to attend the University of Utah.

Although he graduated with a degree in communications, his real passion was music, and he continued to pursue that after leaving the university.

In 1995 Raddon got his start in a basement music venue called Club Manhattan, and his income from this allowed him to purchase more DJ equipment.

In 2000, he moved to San Francisco, where he started working as an assistant to John Elkins at Om Records, a label specializing in electronic and house music.

While at Om Records, Raddon continued DJing and soon created his alter ego, Kaskade, which he has used ever since.

As Kaskade, Ryan was offered a three-album deal at Om, and his first record, It’s You It’s Me, was released to critical acclaim.

In 2001, his fourth single, “Everything,” was his first to reach the no. 1 spot on Billboard Magazine’s Hot Dance Club Play.

By 2006 Kaskade left Om Records and signed a deal with Ultra Records leading to his collaboration with deadmau5, which led to numerous tracks landing on charts across the globe.

At the Ultra Music Festival in 2012, he opened a set for Armin van Buuren and, by 2012, was playing a two-weekend set at Coachella.

For his 2013 single “Atmosphere” and its album Atmosphere, Kaskade was nominated for two Grammy Awards for Best Dance Recording and Best Dance Album.

As one of the richest DJs in the world, Kaskade has accumulated an impressive net worth using his creative skills as a musician.

While Calvin Harris remains the richest DJ in the world, Kaskade is slowly catching up and is poised to continue growing his net worth as his career progresses.

Kaskade is married to Naomi Raddon, and the couple has three children together.

While he is notoriously private about his personal life, he does sometimes post glimpses of his day-to-day on his Instagram account, as well as photos from his shows.

His official website is also frequently updated with information about concerts, albums, and new music, though aside from his work, he tends to be fairly tight-lipped.

As a prominent DJ, Kaskade has been nominated for many awards and received some fairly high praise from renowned institutions.

While he still hasn’t secured a Grammy Award, it’s only a matter of time at this point.

Here are some highlights from Kaskade’s career:

How Does Kaskade Spend His Money?

Kaskade’s net worth ensures that he can afford the best of the best, which is exactly what he has done.

His house in LA cost an estimated $2.6 million, and its open concept design is dotted with recording and DJing equipment.

While he doesn’t own one of the most expensive Ferraris in the world, he does own a gold Ferrari that cost $400,000.

Kaskade has enjoyed much success throughout his career, but some milestones are more significant than others.

Here are some of the best highlights of Kaskade’s career:

Kaskade may be known as a great American DJ for his sick beats, but he also has gone on the record with many great quotes.

While we can’t cover everything notable he’s said, we managed to round up some of the best.

Here are our favorite quotes from Kaskade:

Now that you know all about Kaskade’s net worth, we can take a look at some of the lessons that his amazing career can teach us about reaching our own goals.

Here are some of the best success lessons to learn from Kaskade:

When trying to become successful, it is tempting to put on a facade that you think will help you get ahead.

However, over time this can become tiring since your essentially maintaining a false personality.

When you are genuine, you can focus more on getting the job done than worrying about maintaining appearances.

No matter what you are doing, it’s important that you give it a 100%, even if that requires long nights and a lot of extra hard work.

Becoming successful is never easy, and you’re going to have to consistently give it your all in order to see your dreams come to fruition.

As a devout Mormon in the electronic music scene, Kaskade is an outlier, but he has never once compromised his personal values to make himself fit in more with the crowd.

Whatever you pursue, it’s important to remember that compromise can be important, so long as you stay true to yourself.

Suppose an opportunity requires you to betray something important to you. In that case, it may be worth looking elsewhere or trying to come to a better compromise that allows you to maintain your values.

Kaskade is one of the best DJs in the world, and his career as a record producer and remixer has also garnered him a lot of well-deserved attention.

Judging by just how much his net worth has grown in the past five years, we expect him to become even more wealthy in the future, so check back for updates!

What do you think about Kaskade’s net worth? Leave a comment below.

Matt Hughes is a member of the UFC Hall of Fame and is considered by many experts to be the best all-around fighter in mixed martial arts history.