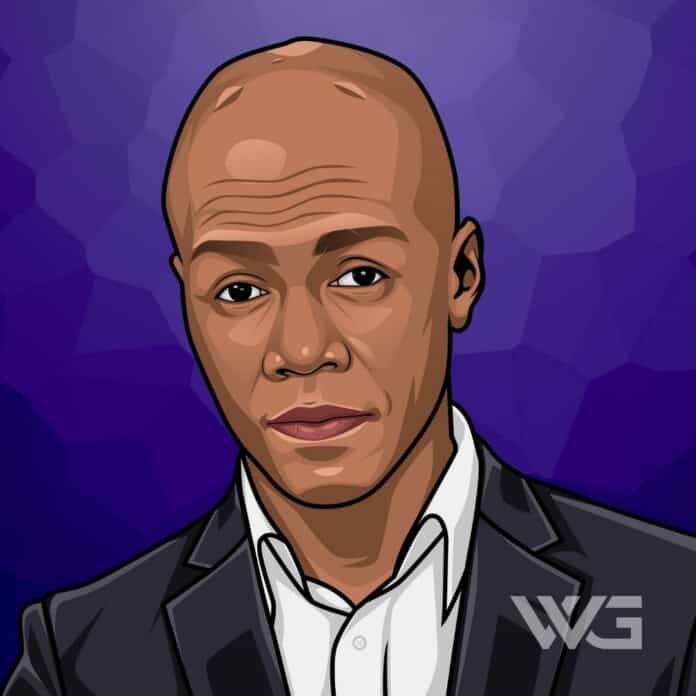 What is Zab Judah’s net worth?

He holds many world championships in two weight classes, including the IBF and WBO junior welterweight titles between 2000 and 2004; the undisputed welterweight title in 2005. His career ended in 2019 after he suffered a brain bleed in a stoppage loss to Cletus Seldin.

Zabdiel Judah was born on the 27th of October, 1977, in New York. Judah began boxing when he was 6 years old. He compiled an amateur record of 110 – 5. He was a two-time US national champion and three-time New York Golden Gloves Champion.

In 1996, Judah won the PAL National Championship. He beat Ishe Smith and Hector Camacho, Jr., but lost to David Díaz in the finals of the Olympic trials, thus failing to qualify for the Olympic boxing team.

Judah was born in New York, and he turned into a professional boxer in 1996. Four years later, he won the IBF junior welterweight title in 2000 by knocking out Jan Piet Bergman in the fourth round.

In 2000, he defeated Jan Piet Bergman to win the vacant IBF Light Welterweight title. Bergman went down twice in the first round but recovered in the second round, knocking Judah down.

The same year, Judah made his first title defense against Junior Witter in Glasgow, Scotland. It was an awkward fight for Judah, as Witter rarely engaged in an extended exchange of punches.

But with the 2003 win over DeMarcus, Corley Judah clinched the WBO Junior Welterweight title, which he defended only once before moving up to Welterweight.

The following year, he lost to Cory Spinks by a Unanimous decision, a defeat that he would later avenge by defeating Cory Spinks by 9th round knockout ten months later.

In 2017, Judah announced that he would have his first fight in over 3 years. As expected, Judah won the bout via 2nd-round TKO. Judah connected with power shots from the opening bell, landed a left hook to the head of Munguia in round 2, which dropped it on his back.

“I don’t understand why Floyd spent all this time trying to make a fight with Winky. I am the undisputed welterweight world champion, just seven pounds heavier than Floyd, and he wants to move to 154 and face a man with no titles? I don’t get it.” – Zab Judah

“I don’t understand why Floyd spent all this time trying to make a fight with Winky… I am the undisputed welterweight world champion – just seven pounds heavier than Floyd – and he wants to move to 154 and face a man with no titles? I don’t get it.” – Zab Judah

“Kendall should definitely be able to help us get ready for Mayweather. He’s got fast hands, and he’s a strong, tough kid. He reminds me a lot of myself when I was a little younger.” – Zab Judah

“Floyd says he’s never ducked anyone and never will. If he will not fight me, he’s going to have some explaining to do. Fighters know things other people don’t. By looking over me, he’s telling me he fears me.” – Zab Judah

“He’s trying to build hype around himself when he has no intention of fighting, … He was a great 130-pounder. But 147? He’s biting off more than he can chew, talking about fighting Winky Wright and me. He’s digging himself a hole he can’t get out of.” – Zab Judah

“The fight played out great. We prepared for the fight. Me, Pernell Whitaker, and my uncle Jimmy, I worked hard; we had a great plan and put it to work during the fight. I was there to be smart and to use my legs. We knew he was strong, we knew he would come, and he would fight tough.” – Zab Judah

Now that you know all about Zab Judah’s net worth and how he achieved success; let’s take a look at some of the lessons we can learn from him:

Self-trust is the first secret to success.

Dream big and dare to fail.”

Be yourself; everyone else is already taken.

How much is Zab Judah worth?

Zab Judah’s net worth is estimated to be $8 Million.

How old is Zab Judah?

How tall is Zab Judah?

Zab Judah is an American professional boxer who is a former Undisputed World Welterweight Champion. Judah earned five world titles between the light-welterweight and welterweight divisions.

What do you think about Zab Judah’s net worth? Leave a comment below.

What is Bryan Cranston's net worth? Introduction As of ,...