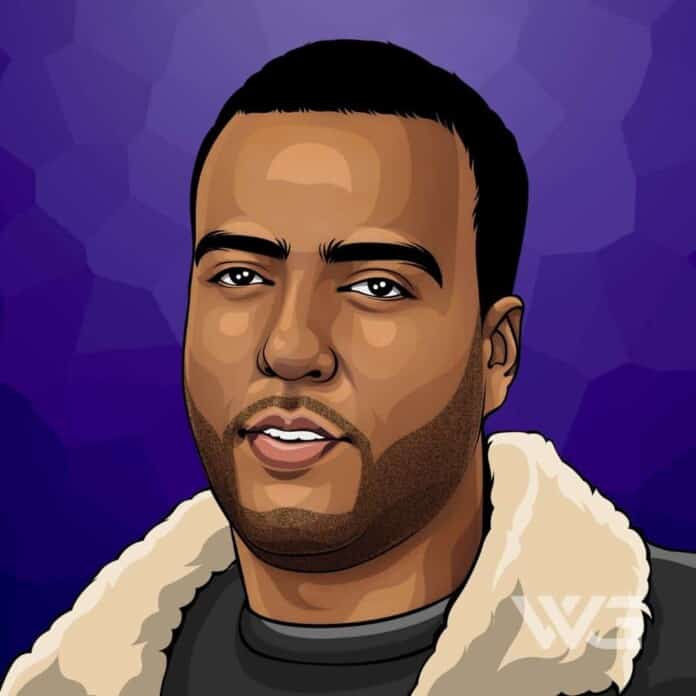 What is French Montana’s net worth?

As of February 2023, French Montana’s net worth is estimated to be roughly $22 Million.

Karim Kharbouch, better known by his stage name French Montana, is a Moroccan-American rapper, songwriter, and singer who was born and raised in Morocco.

Kharbouch is the founder of Coke Boys Records, and its predecessor Cocaine City Records.

Karim Kharbocun was born in Rabat, Morocco on the 9th of November, 1984. He used to be quite enthusiastic about soccer and rap music at an early age, which later continued in his teenage years.

He left for New York city in 1996 along with his parents and brother Zack. Later on, his father let the family and went back to Morocco. His mother had to depend on welfare in order to support herself and her children.

French Montana started his career as a battle rapper in 2002. He created a series of street DVD’s called ‘Cocaine City’ along with a close friend to him. The DVD’s focused a lot on street music and interviews with major rappers.

Montana used the DVDs to display his musical talent. However, his debut mixtape, ‘French Revolution’ was released in 2007, and included collaborations with rappers such as Jae Millz, Tony Yayo, and Uncle Murda.

The following year, he began to work on another mixtape, ‘Coke Wave’ with rapper Max B. The mixtape was released in 2009 and became really popular among other rappers and singers. His tenth mixtape ‘Coke Boys’ was released in 2010 and the track ‘Choppa Choppa Down’ turned out to be a hit in clubs as well as radio.

Along with Rick Ross, he began to work on his album ‘Self Made Vol. 1” alongside rappers such as Jeremih and J. Cole. In 2012, he released the song ‘Pop That’ which was supposed to be the first single from his debut studio album ‘Excuse my French’.

Montana’s debut studio album ‘Excuse My French’ was eventually released on 21st May 2013 and debuted at number 4 on the US Billboard 200, and also sold 56,000 copies in its first week of release, becoming one of the most successful works of his career.

As of February 2023, French Montana’s net worth is roughly $22 Million.

Here are some of the best highlights of French Montana’s career:

“Before I had a son, I used to look at my father’s example: he left me, he left my mother. When I had a son, I got caught in the same situation that his mother doesn’t want me to see him. I started looking at my father in a different light.” – French Montana

“I don’t judge my relationship with Puff or Bad Boy according to other people or past artists. At the end of the day, you are in charge of your career, and you can’t depend on no man to do anything for you. I’ve learned to judge relationships with a person on myself and that person, not what they have done with previous people.” – French Montana

“Coming from Morocco was just different, man. It’s a third-world country, and you are trying to make it happen. That’s all it is. And as far as Latinos, we are all the same.” – French Montana

“Besides buying a mansion or something, everything I wanted I always got. I’m just ready to invest it and save it. That’s why I always just be stacking.” – French Montana

View our larger collection of the best French Montana quotes!

Now that you know all about French Montana’s net worth, and how he achieved success; let’s take a look at some of the lessons we can learn from him:

1. Everyone Will Go Through Tough Times

2. Learn From Your Mistakes

How much is French Montana worth?

French Montana’s net worth is estimated to be $22 Million.

How old is French Montana?

How tall is French Montana?

French Montana has gained huge attention lately and has definitely made a name for himself. His first album ‘Excuse My French’ earned that much appreciation and popularity that it debuted at the fourth position on the US Billboard 200.

As of February 2023, French Montana’s net worth is approximately $22 Million.

What do you think about French Montana’s net worth? Leave a comment below.

What is Pavel Bure's net worth?  Introduction    Pavel Bure is...