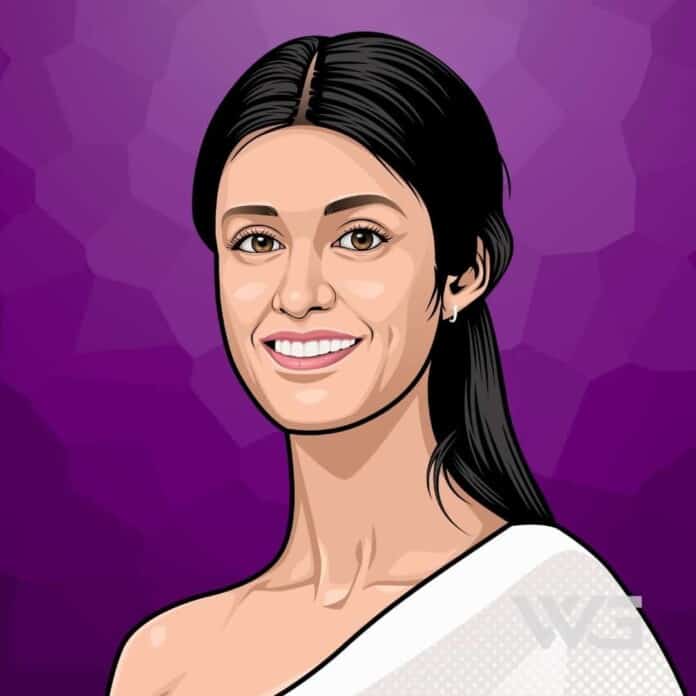 What is Anya Chalotra’s net worth?

Anya Chalotra is an English actress.

Chalotra is primarily known for her role as Yennefer of Vengerberg in the Netflix original series ‘The Witcher’ and it’s based on a book series that was later turned into a video game series.

Before that, she had a role in ‘Wanderlust’. She is also famous for portraying Lily in the thriller series ‘The ABC Murders’, based on Agatha Christie’s novel of the same name.

As of February 2023, Anya Chalotra’s net worth is estimated to be $4 Million.

Anya Chalotra was born on the 24th of July, 1996, in Wolverhampton.

Her father is of Indian descent while her mother is English. She grew up in Lower Penn village in South Staffordshire, England, where she lived with her parents and two siblings, an elder sister and a younger brother.

Chalotra completed her schooling at the St. Dominic’s Grammar School for Girls in Brewood and later trained at the London Academy of Music and Dramatic Art. She performed on stage in many of her school productions.

Chalotra learned the nuances of acting at the prestigious London Academy of Music and Dramatic Art.

At the Theater Royal Stratford East, she played in 2018 in ‘The Village’, the main role of Jyoti.

In October 2018, it was announced that she would take on the role of the sorceress Yennefer von Vengerberg in the Netflix series The Witcher with Henry Cavill as Geralt von Riva and Freya Allan as Princess Ciri.

She was at the National Theater in Peer Gynt by David Hare after the eponymous drama by Henrik Ibsen in a co-production with Edinburgh International Festival seen as Sabine in 2019.

In the three-part miniseries ‘The ABC Murders’, an adaptation of the detective novel of the same name by Agatha Christie for the BBC with John Malkovich as Hercule Poirot, she played the role of Lily Marbury.

For the animated YouTube premium series ‘Sherwood’, inspired by the legend of Robin Hood, she lent her voice to Robin Loxley.

Here are some of the best highlights of Anya Chalotra’s career:

“I didn’t know anything about The Witcher novels or the games before I auditioned. Originally, when I went for Yennefer, I did three rounds [of auditions], and then got the job. My final round was with Lauren and Alik, who directed the first few episodes. It was a really brilliant process.” – Anya Chalotra

“This series not only has all of the fantasy elements in it, but it also has a huge family thread, keeping it all together. That’s something that I related to. I wasn’t a huge fan of the fantasy genre.” – Anya Chalotra

“For Yennefer, she goes on this huge journey of self-discovery and discovering where her power actually lies. Her weaknesses become her strengths. All of the insecurities she had, as a child, and all of those fears, actually feed the chaos inside of her and the source of her power, and that’s something that she learns.” – Anya Chalotra

“All I can talk from is experience, and I didn’t have any knowledge of The Witcher before. I know that I’ve been through the whole process of filming, so now I’m very familiar with the story and I have an attachment to it, but for me, it was great not knowing.” – Anya Chalotra

Now that you know all about Anya Chalotra’s net worth, and how he achieved success; let’s take a look at some of the lessons we can learn from him:

1. You Have To Be The Change

Be the change that you wish to see in the world.

2. Small Groups Can Change The World

Never doubt that a small group of thoughtful, committed, citizens can change the world. Indeed, it is the only thing that ever has.

Don’t be upset when people reject you. Nice things are rejected all the time by people who can’t afford them.

How much is Anya Chalotra worth?

Anya Chalotra’s net worth is estimated to be $4 Million.

How old is Anya Chalotra?

How tall is Anya Chalotra?

Anya Chalotra moved on from theaters and got on the screen after following her lifelong dream of becoming an actress. Her big breakthrough came when she got the role of Yennefer Of Vengerberg on ‘The Witcher’.

As of February 2023, Anya Chalotra’s net worth is estimated to be $4 Million.

What do you think about Anya Chalotra’s net worth? Leave a comment below.