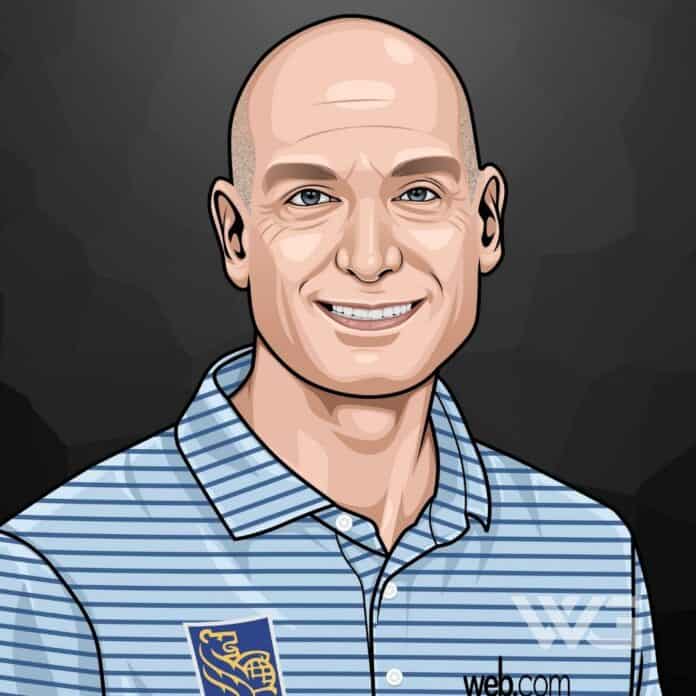 What is Jim Furyk’s net worth?

Jim Furyk is an American professional golfer who has competed in numerous golfing tournaments, including winning the U.S. Open in 2003.

His impressive net worth has increased thanks to his lucrative brand endorsements and corporate sponsorship deals.

James Michael Furyk was born May 12, 1970, in West Chester, Pennsylvania, where he began to learn golf from his father from an early age.

His father, Mike Furyk, worked as an assistant pro at the Edgemont Country Club and Hidden Springs Golf Course in Horsham.

He continued to play golf at college at the University of Arizona, becoming an all-American twice.

He enjoyed huge success early in his career, placing second behind Tiger Woods for winning streak seasons during the late 1990s and early 2000s.

This winning streak saw him ranked in the world’s top ten all-time players and was followed by his first major championship at the 2003 U.S. Open.

He continued to win tournaments following the 2003 Open victory, defeating Tiger Woods and Geoff Ogilvy at the 2003 Buick Open.

Furyk’s only Sunshine Tour contest also concluded in a victory, beating Henrik Stenson by two strokes at the Nedbank Golf Challenge in 2006.

The following year, he beat Vijay Singh to take home the trophy at the Canadian Open in 2007, marking his second win at this event.

Jim Furyk’s career earnings reached their peak in the late 1990s through to the mid-2000s during his newsworthy winning streak.

He worked with many leading brands during this time as an ambassador, including Cherry Bekaert and IFS.

Furyk continues to participate in professional golfing tournaments, so we can expect to see his career earnings remain high in the future.

As one of the richest golfers in the world, Jim Furyk has enjoyed considerable growth to his net worth since he began his career as a professional golfer.

His combined prize money and sponsorship deals have allowed him to continue to accumulate wealth over a long period of time.

Since Furyk has remained active since 2020 on the PGA Tour Champions, his net worth will likely grow as he enjoys additional successes.

Jim Furyk is married to his wife, Tabitha Furyk, with whom he lives in the Kapalua Resort and in Ponte Vedra Beach with their children.

The golf and beach resort is located in Hawaii and features two golf courses, historical buildings, and other luxurious amenities.

Furyk uses his official Facebook account to keep his fans updated on his upcoming PGA Tour events and other professional activities.

As one of the most successful golfers of the 1990s and 2000s, Jim Furyk is no stranger to awards and honors.

He has 26 professional wins to his credit so far, with potentially more to come through the PGA Tour Champions.

Here are some notable awards and honors from Jim Furyk’s career:

It’s an impressive list of awards and honors that only the very best professional golfers can hope to match.

We can anticipate even more awards as his career progresses and Furyk continues to play professional golf around the world.

How Does Jim Furyk Spend His Money?

While some world-class golfers invest in some of the most expensive houses in the world, Jim Furyk prefers to reside in a luxury golfing resort in Hawaii.

The residence features a large swimming pool and expansive views of the Pacific Ocean, the residence includes large wall windows that open onto the outdoor patio.

With a track record comparable to some of the richest athletes in the world, Jim Furyk has enjoyed many career highlights.

Here are some of the best highlights of Jim Furyk’s career:

This is just a short list of examples of his many career high points that have seen him join the ranks of the world’s best golfers.

His future performances playing with the PGA Tour Champions series could see this list of accomplishments continue to grow.

With many years of experience as a professional golfer, Jim Furyk has shared many insights into his performances with the media.

These insights range from how he deals with injuries to building up confidence and playing with icons such as Tiger Woods.

Here are our favorite quotes from Jim Furyk:

Now that you know all about Jim Furyk’s net worth, we’ll look at some ways his career can inspire us to improve our lives.

He’s overcome injuries and bounced back to deliver some of the best performances in his career, offering us valuable insight into how the pros operate.

Here are some of the best success lessons to learn from Jim Furyk:

1. Take Time Out For Recovery

While it can be frustrating to have to take a step back from activities when injured, Furyk understands the importance of recovery time.

He has suffered wrist injuries on several occasions, missing out on tournaments so that he can recover fully.

2. Don’t Be Afraid To Be Different

Furyk is well known for his unusual swing style and has been made fun of on several occasions for his unorthodox methods.

He’s taken it all in good humor, even when Gary McCord described his swing as “a one-armed golfer using an axe to kill a snake in a telephone booth.”

3. Work With The Best People You Can

Furyk has partnered with Tiger Woods on several occasions and took things to the next level when he hired Woods’ caddy Mike Cowan, one of the best in the business.

That concludes this article diving into the professional success, personal life, and net worth of American professional golfer Jim Furyk.

His track record in the PGA Tour and beyond inspired countless upcoming golfers and helped him establish an impressive fortune over the years.

With his net worth likely to change as he continues to play, we’ll be updating this article to cover the latest details, so make sure you check back in the future.

What do you think about Jim Furyk’s net worth? Leave a comment below.

What is Vanna White's net worth? Introduction As of ,...

Bill Guerin made millions as a professional ice hockey player and coach, becoming fabulously wealthy from his time in the NHL.