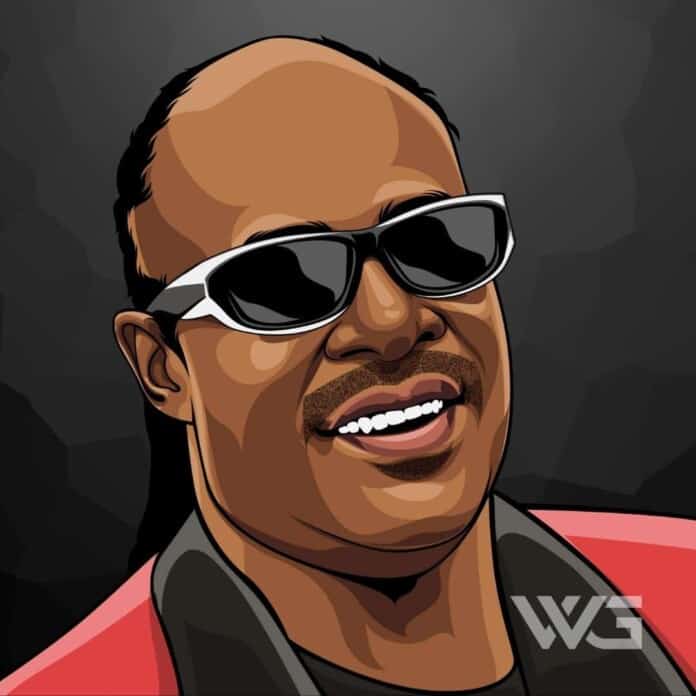 What is Stevie Wonder’s net worth?

Stevie Wonder is an American singer, songwriter, musician, record producer, and multi-instrumentalist from Saginaw, Michigan. Wonder is considered to be one of the most critically and commercially successful musical performers of the late 20th century.

Stevie Wonder was born on the 13th of May, 1950, in Saginaw, Michigan. Wonder is the son to Calvin Judkins and Lula Mae Hardaway.

From an early age, he started playing musical instruments and later formed a singing partnership with a friend. The duo played on street corners, occasionally at parties and dances, calling themselves Stevie and John.

In 1970, Wonder collaborated with his wife, Sylvia, and together they worked on his next album titled ‘Where I’m Coming From’. The album became a moderate success upon its release in the following year.

The same year, he also released the album ‘Talking Book’ which featured hits such as “Superstition” and “You Are the Sunshine of My Life”.

With the success of these albums, Wonder became the most acclaimed black musician by the end of the 1970s. In the 1980s, he achieved his biggest hits and the highest level of fame with albums including ‘Hotter Than July’ and ‘Stevie Wonder’s Original Musiquarium’.

In 1984, he recorded the soundtrack album for the movie ‘The Woman in Red’ which featured the Academy Award-winning song “I Just Called to Say I Love You”.

His album ‘Conversation Peace’ was released which consisted of hits such as “For Your Love” and “Tomorrow Robins Will Sing” in 1995.

Here are some of the best highlights of Stevie Wonder’s career:

“We’re stuck in fear and in not wanting to cross that most important bridge of understanding that we’re more alike or not. We all cry, we all laugh.” – Stevie Wonder

“People love to hear music on their personal devices, but the issue really becomes, if you’re able to download music, you should know this download and the quality of it is going to be of the highest, and that it has a value to it and on it.” – Stevie Wonder

“Different artists are talking about the laws that exist and how they need to be fixed so that compensation does happen to a far fairer level. And I agree with that.” – Stevie Wonder

“What I’m not confused about is the world needing much more love, no hate, no prejudice, no bigotry, and more unity, peace, and understanding. Period.” – Stevie Wonder

“I am all for anything that is going to better equip a person who is physically challenged in any way, to have an opportunity to be able to do what they are able to do.” – Stevie Wonder

“I can’t say that I’m always writing in my head but I do spend a lot of time in my head writing or coming up with ideas. And what I do usually is write the music and melody and then, you know, maybe the basic idea. But when I feel that I don’t have a song or just say, God, please give me another song. And I just am quiet and it happens.” – Stevie Wonder

Now that you know all about Stevie Wonder’s net worth, and how he achieved success; let’s take a look at some of the best lessons we can learn from him:

Not everything in life in a huge win or a massive goal achieved. Sometimes, the little things you get right, the small successes you have, are the most important. Baby steps to big goals.

Hard graft and 100% commitment is required to make anything work.

And you know what? Who cares. You cannot please everyone, and sometimes a steady truce is about all you can ask for. Business is cut throat. You cannot be friends with everyone. Don’t try to be.

How much is Stevie Wonder worth?

Stevie Wonder’s net worth is estimated to be $200 Million.

How old is Stevie Wonder?

How tall is Stevie Wonder?

Stevie Wonder is considered to be one of the most creative musical performers of the 20th century. Blind from birth, he was a child prodigy and became a skilled musician by the age of eight. He has 25 Grammy Awards to his name —the most ever won by a solo artist – and is considered to be among the best selling artists of all time.

What do you think about Stevie Wonder’s net worth? Leave a comment below.