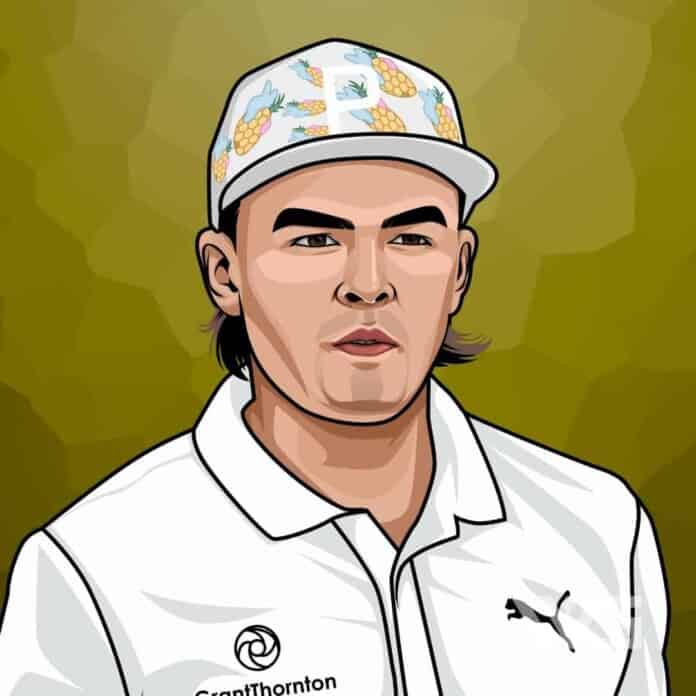 What is Rickie Fowler’s net worth?

As of December 2022, Rickie Fowler’s net worth is estimated to be $40 Million.

Rickie Fowler is an American professional golfer who plays on the PGA Tour. He was the number one ranked amateur golfer in the world for 36 weeks in 2007 and 2008.

Rick Yutaka Fowler was born on the 13th of December, 1988 in Murrieta, California. Fowler is the son of Rod Fowler, owner of a trucking company, and Lynn Fowler.

He followed his father to be a dirt racer, but following an accident while in high school, he gave up riding and learned golf from his grandfather.

Fowler made his professional debut in August 2009, playing in the Albertsons Boise Open on the Nationwide Tour. That month, he finished runner up in the Nationwide Children’s Hospital Invitational.

In November 2009, he got another T2 finish during an unofficial money event on the PGA Tour, the Pebble Beach Invitational, in which he was two shots behind the winner.

He finished tied for second at the Open Championship at Royal Liverpool Golf Club in Hoylake, England in July 2014, followed by a tied for the third finish at the PGA Championship in August.

Fowler won The Honda Classic, his fourth PGA Tour win, on February 26, 2017, and regained his position in the world top 10 rankings. He secured his sixth top-5 finish in a major with a tie for fifth place in the 2017 U.S.

In 2018, he finished T11 with three birdies during the third round of the Waste Management Phoenix Open and finished runner-up at the Masters Tournament with a 72-hole score of −14.

Here are some of the best highlights of Rickie Fowler’s career:

” I don’t just want to be, ‘He dresses cool’ or ‘He dresses crazy.’ You’re going to have lovers and haters. I want my golf game to be the main thing.” – Rickie Fowler

“Obviously, signing on with Puma right when I turned pro, it’s been a great fit for me to show off my colorful lifestyle as far as where I grew up and how I grew up, growing up on a public driving range and growing up around action sports my whole life. Not exactly the normal road that guys take to get to the PGA Tour.” – Rickie Fowler

“When I was a kid, dressing right and looking good was a priority. As I grew up, I just wanted to stay that way, stick out a bit and have my own thing. That’s where white belts and wearing some colors started. So signing with Puma was a great fit for me. I usually travel with nine pairs of golf shoes and 10 belts.” – Rickie Fowler

Now that you know all about Rickie Fowler’s net worth, and how he achieved success; let’s take a look at some of the strongest lessons we can learn from him:

Even though you’re growing up, you should never stop having fun.

For, after all, you do grow up, you do outgrow your ideals, which turn to dust and ashes, which are shattered into fragments; and if you have no other life, you just have to build one up out of these fragments.

You can’t live your life for other people. You’ve got to do what’s right for you, even if it hurts some people you love.

How much is Rickie Fowler worth?

Rickie Fowler’s net worth is estimated to be $40 Million.

How old is Rickie Fowler?

How tall is Rickie Fowler?

Rickie Fowler is an American professional golfer with four PGA Tour wins and two European Tour wins under his belt.

During his amateur career, he had attained the top ranking in the world and retained the spot for 37 weeks straight. He also won the Western Junior once and the Sunnehanna Amateur twice, and helped the US claim the Walker Cup twice.

What do you think about Rickie Fowler’s net worth? Leave a comment below.