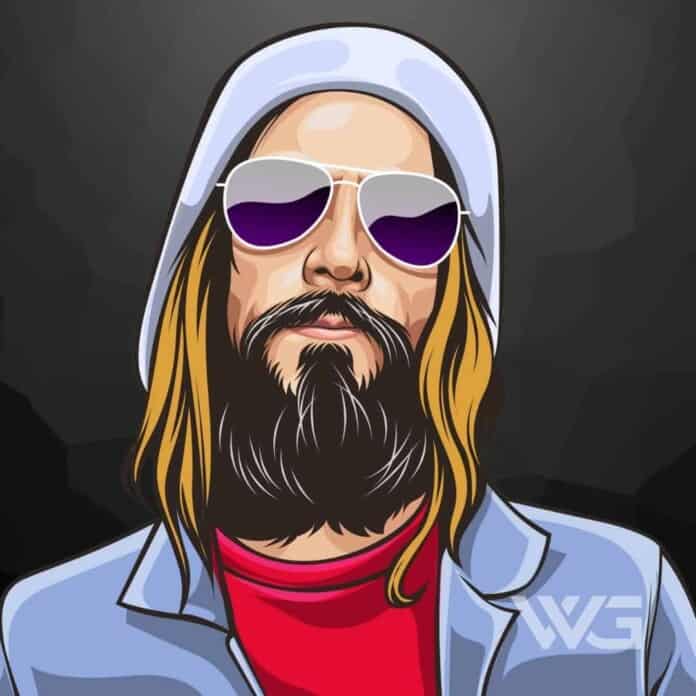 What is Rob Zombie’s net worth?

As of February 2023, Rob Zombie’s net worth is approximately $50 Million.

Rob Zombie is an American musician and filmmaker from Massachusetts. He is a founding member of the heavy metal band White Zombie, releasing four studio albums with the band.

He is the older brother of Spider One, lead vocalist for American rock band Powerman 5000.

Robert Bartleh Cummings was born on the 12th of January, 1965 in Haverhill, Massachusetts. His brother, Michael David Cummings is the lead singer of the band, ‘Powerman 5000’.

In 1983, he graduated from the Haverhill High School, Haverhill, Massachusetts. He later moved to New York to attend the Parsons School of Design.

In 1985, he co-founded the American heavy metal rock band, ‘White Zombie’. They initially came out with extended plays, which did not receive any commercial success. In November 1987, he was part of the production and composing team of the ‘White Zombie’ debut album titled, ‘Soul-Crusher’.

In 1989, ‘White Zombie’ came out with their second studio album titled, ‘Make Them Die Slowly’, which failed commercially. That year the group also released the extended play, ‘God of Thunder’.

‘White Zombie’ came out with one of their first remix albums titled, ‘Super Sexy Swingin’ Sounds’ in 1996. After two years, the band dissolved. Meanwhile, he started working on his solo venture in 1997.

On February 2, 2010, he came out with his fourth album, ‘Hellbilly Deluxe 2: Noble Jackals, Penny Dreadfuls and the Systematic Dehumanization of Cool’. The same year, he directed season 8, episode 16 of the TV series, ‘CSI: Miami’.

He came out with his fifth studio album titled, ‘Venomous Rat Regeneration Vendor’ in 2013. The album featured the tracks, ‘Teenage Nosferatu Pussy’ and ‘Dead City Radio and the New Gods of Supertown’.

Here are some of the best highlights of Rob Zombie’s career:

“White Zombie was a bunch of kids with the worst equipment playing in a basement. But that is what is so great about it. There is no reason to think that you can’t do it.” – Rob Zombie

“You just have to do the thing that you feel is true to your vision, and then the audience will make the decision. But as soon as you feel like you’re creating a product to just cater to what you think they want, it never works. It always feels phony. And the audience can tell immediately.” – Rob Zombie

“I understand why some kid in his bedroom in Wisconsin thinks downloading songs couldn’t hurt anyone. True fans will buy the CD or go see the movie after downloading, but to say it doesn’t affect anyone – come on.” – Rob Zombie

“Sometimes things just aren’t of their time, and they take a minute to catch on, or they find an audience later. Sometimes bizarre little films are the ones that everyone remembers later. With most big major blockbusters, people will have already forgotten about it two weeks after it came out.” – Rob Zombie

“On the first feature, everything’s new. No matter what you’re doing, it’s a new experience, and you don’t really have control over it, in a way, because you just don’t know how things work.” – Rob Zombie

Now that you know all about Rob Zombie’s net worth, and how he achieved success; let’s take a look at some of the strongest lessons we can learn from him:

1. No One is Born With an Instruction Manual

Although there are over 7.057 billion people on the planet, everyone is an individual. Because of the unique nature of each person, there is not a right answer of how to raise a child, communicate or react to anyone. Who the person is, what they value and how they perceive the world all play into what is “right” for that person.

2. Communication is the Key

3. Make Sure Your Partner is Your Friend

In order to keep the relationship fresh, you need to have your partner be your buddy and friend.

How much is Rob Zombie worth?

Rob Zombie’s net worth is estimated to be $50 Million.

How old is Rob Zombie?

How tall is Rob Zombie?

One of the most acclaimed figures in the genre of heavy metal, Rob Zombie was the frontman of the Grammy Award-nominated band, ‘White Zombie’, which he co-founded.

As of February 2023, Rob Zombie’s net worth is approximately $50 Million.

What do you think about Rob Zombie’s net worth? Leave a comment below.