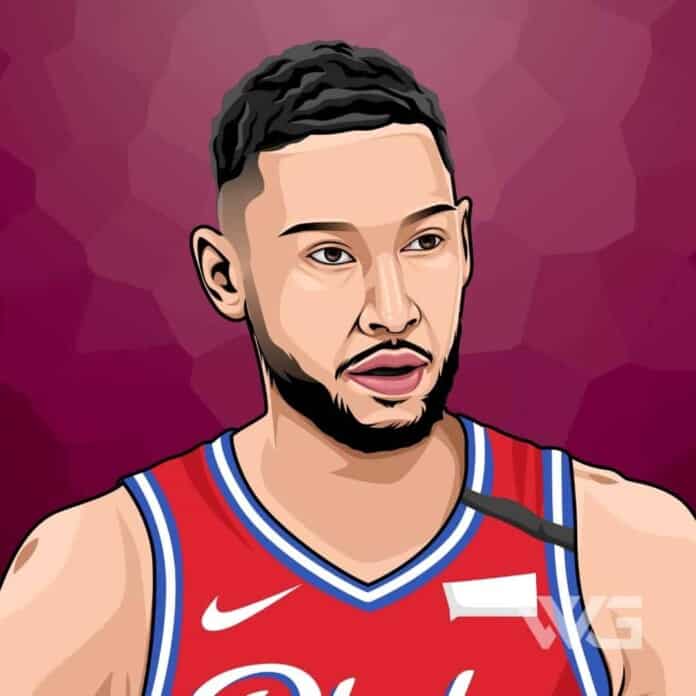 What is Ben Simmons’ net worth?

Ben Simmons is an Australian professional basketball player for the Philadelphia 76ers of the NBA.

Simmons played college basketball for one season with the Louisiana State University Tigers, after which he was named a consensus first-team All-American and the USBWA National Freshman of the Year.

Benjamin David Simmons was born on July 20, 1996, in Fitzroy, a suburb of Melbourne, Australia. In 1989, his father Dave turned professional and played 13 seasons with ‘Melbourne Tigers’ in Australia’s ‘NBL’.

Simmons joined ‘Montverde Academy’ in Montverde, Florida, US, in January 2013. In the ‘High School National Tournament’ in April 2013, he helped the team win over New Jersey’s ‘St. Benedicts.’

For the 2013-2014 junior year season, he was back in the ‘Montverde academy.’ In the ‘High School National Tournament’ his Academy won 71-62 over ‘Oak Hill Academy,’ and Simmons was named MVP.

Soon after ‘McDonald Game,’ he led the ‘Montverde Academy’ to win third consecutive ‘High School National Tournament’ title and was named MVP for this 3-day tournament. He was a part of the ‘World Team’ in the ‘2015 Nike Hoop Summit’ and won 103-101 over the ‘Team USA.’

As LSU could not earn a berth in the ‘NCAA Tournament,’ their head coach Johnny Jones decided that ‘LSU Tigers’ would not participate in any post-season games.

Simmons withdrew from the university in March 2016, giving up his 3 more years of college, and announced his name for the ‘2016 NBA Draft.’

Here are some of the best highlights of Ben Simmons’ career:

“I look at the N.B.A. as a job, a great job to have, so I think, for me, I would have loved the opportunity to go to the N.B.A. out of high school. If you’re not ready, you’re not ready. If you are ready, I think you should be able to go.” – Ben Simmons

“I was in school to play basketball; I wasn’t trying to be a doctor. It’s hard to talk about the NCAA rules and everything that happened in the past because I’ve just been focused on practicing and getting ready… I was trying to reach my dreams, and that’s to play in the NBA.” – Ben Simmons

“It’s great to be compared to a great player like Tracy McGrady, but I think I’m my own type of player. I’m 6’10” and a bit bigger than he is as a player. I also think I’m a bit different and play a different position. He’s more of a guard, and I can play all around through five.” – Ben Simmons

“Growing up in Australia and the way I was raised, my dad told me to play as a team and to be a team player. You have five guys on the court. It’s easy for five guys to defend one guy. It’s just a natural thing to do.” – Ben Simmons

Now that you know all about Ben Simmons net worth, and how he achieved success; let’s take a look at some of the lessons we can learn from him:

You’ve got to get up every morning with determination if you’re going to go to bed with satisfaction.

2. Never Judge A Book By Its Cover

Don’t judge each day by the harvest you reap but by the seeds that you plant.

Just one small positive thought in the morning can change your whole day.

How much is Ben Simmons worth?

Ben Simmons’ net worth is estimated to be $6 Million.

How old is Ben Simmons?

How tall is Ben Simmons?

Ben Simmons has won some prestigious awards for basketball. He played for Australia in the ‘2013 FIBA Oceania Championship’ and helped win a gold medal. He was invited to some of the prominent basketball camps in the USA that present the best high school players in the world.

As of February 2023, Ben Simmons’ net worth is approximately $6 Million.

What do you think about Ben Simmons’ net worth? Leave a comment below.