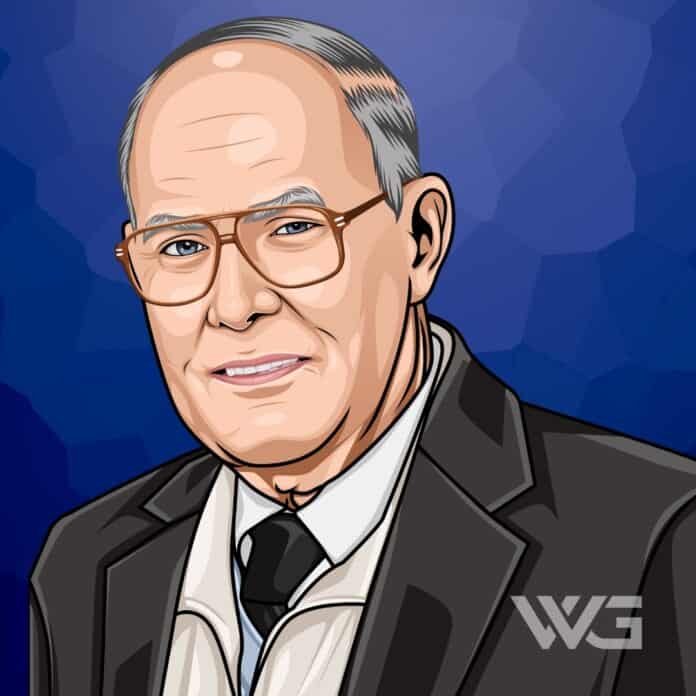 What is Pete Dye’s net worth?

Paul “Pete” Dye Jr came from a family of golf course designers, and he carried on this tradition to become one of the best in the world.

Before his death in 2020, Pete designed more than 100 courses across the world, earning himself a lasting reputation that is likely never to fade.

Although he has passed away, his legacy lives on, both in his work and his design company which is now run by his children.

Shortly after his birth, his father became involved with professional golf, building a nine-hole course that he named the Urbana Country Club.

When he turned 18, he joined the U.S. Army in 1944 during World War II, and after he was discharged, he moved to Floria and enrolled at Rollins College.

After graduating, Pete moved back to Indiana and became a million-dollar salesman for an insurance company.

In 1958 he won the Indiana Amateur championship, but instead of pursuing a professional golfing career, Pete decided to become a course designer.

In 1961, Pete Dye started his design career with his wife, with their first project being the nine-hole El Dorado course south of Indianapolis.

His first 18-hole course was designed in 1962, also in Indianapolis, at the Maple Creek Golf and Country Club.

For the University of Michigan, Dye designed the Radrick Farms Golf Course in 1962, but it didn’t open until ’65.

In 1986, Dye designed a course in the Italian province of Brescia, the Franciacorta Golf Club, which has now become a wine golf course.

Dye is also credited with creating the world’s most terrifying tee shot at the Sawgrass in Ponte Vedra Beach, Florida.

Known as Island Green, this hole gained recognition in 1982 during the Player’s Championship.

Throughout his career, Dye achieved a lot and created the company Dye Designs, which is now run by his children.

Pete Dye has designed many courses where some of the richest golfers in the world have played.

While he never became as wealthy as Tiger Woods, Dye made quite a bit of money during his career.

Pete Dye certainly earned a substantial fortune during his career as one of the best golf course designers in the world.

Pete Dye married his wife Alice Holliday O’Neal in 1950, and together they had two sons, Perry and P.B.

During the last years of his life, Dye began suffering from Alzheimer’s disease and ultimately passed away on January 9, 2020.

He spent a great deal of his life designing incredible courses, and today his name lives on through his company that continues to create designs.

There is also the Pete Dye Golf Trail, a series of golf courses he designed in Indiana that avid golfers can visit as part of the trail challenge.

His legacy is also celebrated at the Pete Dye Golf Club in West Virginia, which functions as a private course and wedding venue.

During his career as a golf course designer, Pete Dye earned numerous honors for his work.

While all of his achievements have been noteworthy, some stand out more than others.

Here are some of Pete Dye’s greatest awards and accomplishments:

Pete Dye has earned many distinguishments during his lifetime for his visionary design skills.

His work has also benefited many professional golfers, who have gotten to take advantage of his magnificent courses.

How Does Pete Dye Spend His Money?

Before he passed, Pete Dye lived a life of luxury in an Oklahoma mansion that cost $1.19 million.

The main living area opens to a large outdoor patio with views of the golf course that runs right along the backyard of the home.

Despite not being located in one of the most expensive cities in the US, this luxurious home is extremely extravagant.

Though I suppose we shouldn’t expect any less from one of the world’s best golf course designers.

Pete Dye has accomplished a lot during his life as a professional golf course designer. However, some moments stand out more than others for their impact on his renown.

Here are some of the best highlights of Pete Dye’s career:

Pete Dye has created some of the world’s best courses where many famous golfers like David Toms have earned their titles.

His work has also inspired amateur tours that anyone can participate in to enjoy his meticulously created courses.

Pete Dye spoke often during his life about how he approached designing his courses and the process he went through.

His life was completely dedicated to his work, and every course he helped create remains a lasting reminder of his creativity.

Here are our favorite quotes from Pete Dye:

There is a lot that we can learn from Pete Dye and his impressive career as a golf course designer.

Now that you know all about Pete Dye’s net worth, we can take a closer look at what he can teach us about reaching our own goals.

Here are some of the best success lessons to learn from Pete Dye:

1. Be Prepared To Improvise

Improvisation is an important skill if you want to be successful, because sometimes things just won’t go to plan.

Being able to improvise quickly can help you make progress quickly and get you out of some difficult situations.

Being inspired can help keep you motivated and more likely to achieve your goals.

Inspiration can often be found in surprising places, so always be on the lookout.

Many people make the mistake of thinking that hard work will automatically bring them success.

However, things are seldom fair, so you’ll have to remember to stay dedicated even if it takes a while to make progress.

Pete Dye created a lasting legacy as one of the most prolific golf course designers in the world.

During his career, he created numerous courses that have since hosted some of the most prestigious golf tournaments in the world.

While he passed away in 2020, his children are continuing his legacy, running his design company and keeping his name alive.

What do you think about Pete Dye’s net worth? Leave a comment below.

What is Zach Ertz's net worth? Introduction  As of ,...

Charles Oliveira is one of the best submission artists in mixed martial arts history, and the Brazilian has multiple championships and millions of dollars because of his skills.