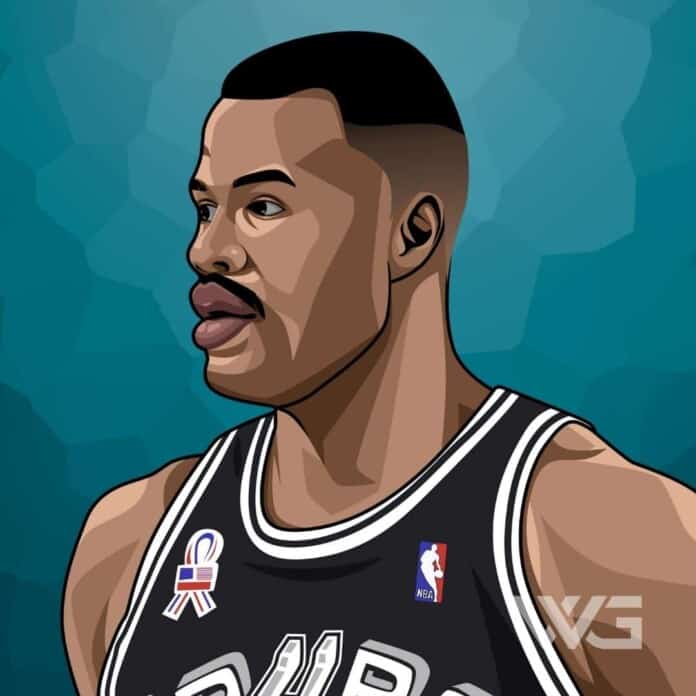 What is David Robinson’s net worth?

As of November 2022, David Robinson’s net worth is approximately $200 Million.

Robinson played center for the San Antonio Spurs in the NBA. Based on his prior service as an officer in the United States Navy, Robinson earned the nickname “The Admiral”.

David Maurice Robinson was born on the 6th of August, 1965, in Key West, Florida. His father, Ambrose, was a naval officer, and his mother, Freda, a nurse.

He attended schools for gifted children since the age of six and, as a high school senior, scored among the top five percent nationally on the Scholastic Aptitude Test.

After growing from five-feet-nine-inches as a freshman to six-feet-seven-inches as a senior, Robinson decided to give basketball another try.

Robinson, who was more concerned with getting good grades, wasn’t worried about a future in basketball and enrolled at the U.S. Naval Academy. Robinson joined the Naval Academy team as a freshman, but played little.

As a junior Robinson led his team to the Elite Eight of the National Collegiate Athletic Association (NCAA) tournament. During the year Robinson averaged 22.7 points and thirteen rebounds per game.

Robinson’s game continued to improve, and he was named to the Associated Press All-American Team in both 1986 and 1987. In his senior year he also received the Naismith Award as the College Player of the Year.

For the next two years, the future NBA star worked as an engineer at the Kings Bay Naval Submarine Base in Georgia.

Here are some of the best highlights of David Robinson’s career:

“Dream big; at least you will have the joy of reaching for the stars instead of living in a box filled with unopened gifts.” – David

“Basketball is just something else to do, another facet of life. I’m going to be a success at whatever I choose because of my preparation. By the time the game starts, the outcome has been decided. I never think about having a bad game because I have prepared.” – David Robinson

“I think any player will tell you that individual accomplishments help your ego, but if you don’t win, it makes for a very, very long season. It counts more than the team has played well.” – David Robinson

Now that you know all about David Robinson’s net worth, and how he achieved success; let’s take a look at some of the lessons we can learn from him:

Who cares if everyone will like you or not? You can’t please everyone and sometimes a steady truce is about all you can ask for. You can’t be friends with everyone. Don’t try to be.

Taste is personal, and everyone’s is different. Keep your clients happy and worry less about the general reaction to your work.

3. Stop Worrying About Being Perfect

How much is David Robinson worth?

David Robinson’s net worth is estimated to be $200 Million.

How old is David Robinson?

How tall is David Robinson?

David Robinson is a retired American professional basketball player who is considered one of the most successful centers in basketball history. He was a ten-time NBA All-Star and was inducted into the Basketball Hall of Fame in 2009.

As of November 2022, David Robinson’s net worth is estimated to be roughly $200 Million.

What do you think about David Robinson’s net worth? Leave a comment below.