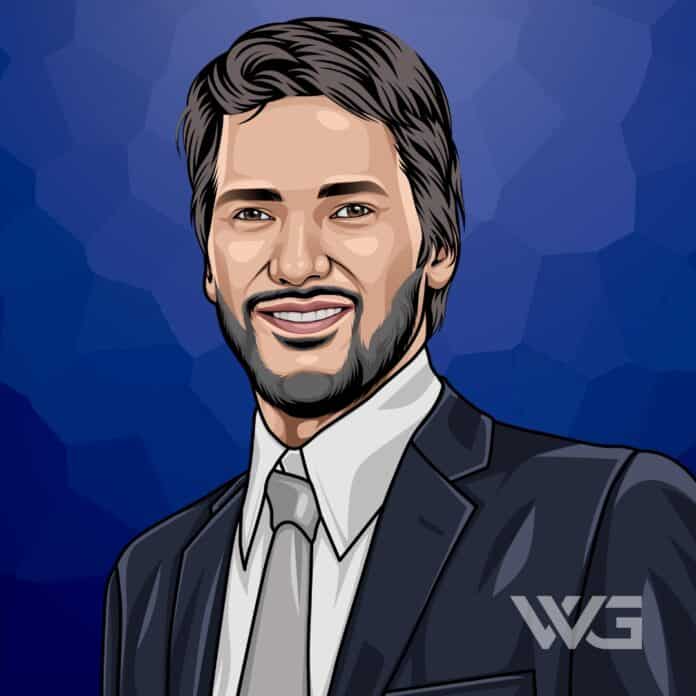 What is José Théodore’s net worth?

José Théodore is a former hockey star whose position as a goaltender made him one of the most valuable players on the team.

He’s an Olympic ice hockey team member and played for the top NHL franchises such as the Florida Panthers, New York Islanders, and the Montreal Canadiens.

As of November 2022, José Théodore’s net worth is estimated to be $41 Million.

He was born to a Greek father and a Spanish mother, experiencing a turbulent youth due to the family’s unorthodox business practices.

Both his father and half-brother admitted guilt to charges of loan sharking and possessing a banned weapon in 2004. His father received a $30 000 fine but, due to his age, 71 at the time of his conviction, he did not have to go to jail.

José realized his dream of playing professional ice hockey despite his small stature, becoming a professional goalie like Patrick Roy, his idol.

He caught the interest of his home team, the Montreal Canadiens, by adopting the butterfly technique that would later make Quebec goalies legendary.

José moved one step closer to his destiny when GM Serge Savard and the Habs’ top brass made a play for him with their second pick, 44th overall, in the 1994 NHL Entry Draft.

José prepared to make the transition to the NHL in 1997 after helping Team Canada capture the gold medal at the 1996 World Junior Hockey Championship in Boston.

In 2001, Théodore became the first goalie for the Habs’ to score a goal, shooting the puck the length of the ice to seal a victory over the Islanders.

He accompanied the Canadiens in the 2003 Heritage Classic, the NHL’s first-ever outdoor hockey game, during the season.

José then left the country to play for Djurgrdens IF of the Swedish Elitserien because of the 2004–05 NHL lockout.

He signed a two-year deal with the Washington Capitals worth $9 million, a good deal given his performance in the prior seasons.

José decided to take his talents elsewhere and signed a contract with the Minnesota Wild for a year in 2010. After a stellar performance with his new team, he was able to earn the 250th victory of his career in 2011.

Despite the team’s impressive performances, he moved on to sign a two-year contract with the Florida Panthers worth $3 million in 2011. He had major success with them, as did Dan Boyle, the All-Star honors winner.

Unfortunately, José suffered an injury after playing with the Florida Panthers. This resulted in his not being able to return to the team and he retired from hockey in 2013.

Since the end of his athletic career, José has worked as an analyst for TVA Sports, where he covered the NHL 2014 to 2015 season.

He also became a hockey columnist for the Journal de Montreal in 2014, covering the NHL.

Having competed internationally for Canada, José won a gold medal at the 1996 World Junior Championships.

This was an early indication of his skill and ability that would make him a household name in his country and help him earn a fortune from hockey.

José Théodore’s salary in 2013 was over $1.5 million when he retired and there is no indication of what he earned as a sports presenter and columnist.

However, we do know that he earned over $43 million in salary and signing bonuses over the course of his career. This figure excludes his endorsements and other fees he earned on the back of his fame in ice hockey.

José was extremely careful with his money, making sure that he set aside a sizable sum each year for his eventual retirement.

Unlike many professional athletes, José ended his career with an impressive investment portfolio and his net worth in 2022 is estimated to have reached more than $41 million.

José was married to Stephanie Cloutier, with whom he had a child, Romy, in 2006. He knew that she was the woman for him after their first date, as he said, it felt like he’d known her for years.

Unfortunately, José went through an unfortunate event when his second son, Chace, was born prematurely and died at only two months old, in 2009.

Rumor has it that José is believed to have dated Paris Hilton for a short period in 2006, but nothing came of their relationship.

José’s ice hockey career was full of ups and downs, but he always managed to bounce back, especially when his country needed him.

He is, unfortunately, not yet a member of the Ice Hockey Hall of Fame and could be one of the few Olympic medal winners not to receive this honor.

Here are some of the more memorable moments from José Théodore’s career:

From his earliest games, José was marked as a player who could be depended on to put his life on the line for club and country.

Never one to put on a half-hearted performance, Théodore left a piece of himself on the ice after every game.

How Does José Théodore Spend His Money?

There is very little information about how José spends his money, as he guards his privacy extremely closely.

José founded a charity called Saves the Kids which helps the Children’s National Medical center shortly after the passing of his son Chace.

He loves cars but detests being stuck in traffic, and for him, it’s all about the speed and excitement. While he’s driven some of the most expensive cars in the world, he is a little more careful about how he drives now that he has a family.

José turned pro as a teenager and hasn’t looked back after a blistering start at the Montreal Canadiens in 1994. He joined the likes of Alexei Kovalev and Sidney Crosby who had played at the famous club.

From then and up until his retirement in 2013, José’s career was one of epic highs and nightmarish lows.

Here are some of the best highlights of José Théodore’s career:

The one constant in José’s career was his commitment to doing his absolute best every time he skated out on the ice.

Even when his career seemed to be bottoming out in 2011, José kept his head down and worked hard. Were it not for an unfortunate injury, he would most probably have spent another couple of years in the league.

Coming from a rough childhood, José knew what it would take to make it to the top and he was prepared to do what it took.

He is quick to admit that the outcome of a game is never certain and all one can do is play one’s best and hope that it is enough.

Here are our favorite quotes from José Théodore:

José inherited his stubbornness and single-minded focus from his father, who was a dominant force in his early life.

He knew that no matter what the obstacles in his path, if put in enough hard work, he could overcome anything.

Now that you know all about José Théodore’s net worth, here are some of the best success lessons to learn from José Théodore:

1. You Can Achieve Anything You Put Your Mind To

With no way to cheat his way into the hockey elites, José had to work hard and earn his place.

He was able to accomplish his dreams by always working to the best of his abilities and training extremely hard.

2. It Is Always Greener On The Other Side

José went through a tragic family event that not everyone can even comprehend. He took this event and turned it into something positive to help others avoid experiencing what he and his wife had to go through.

Even now, José puts in a huge amount of time assisting charities that assist children and their parents who face medical emergencies.

Being a goaltender, you must rely on your teammates, for the most part, to back you up.

When José played, he always made sure that he trusted them to defend to the best of their abilities, as there was no place for prima donnas out on the ice.

José is a record-breaking hockey champion who uses his knowledge of the sport to help young players achieve their athletic dreams.

He has taken his obvious talents on the ice and produced some amazing saves that will be remembered by hockey fans for years to come.

José Théodore will always be remembered amongst hockey players and fans for his impressive accomplishments and unique style of tending goal.

As of November 2022, José Théodore’s net worth is estimated to be $41 Million.

What do you think about José Théodore’s net worth? Leave a comment below.