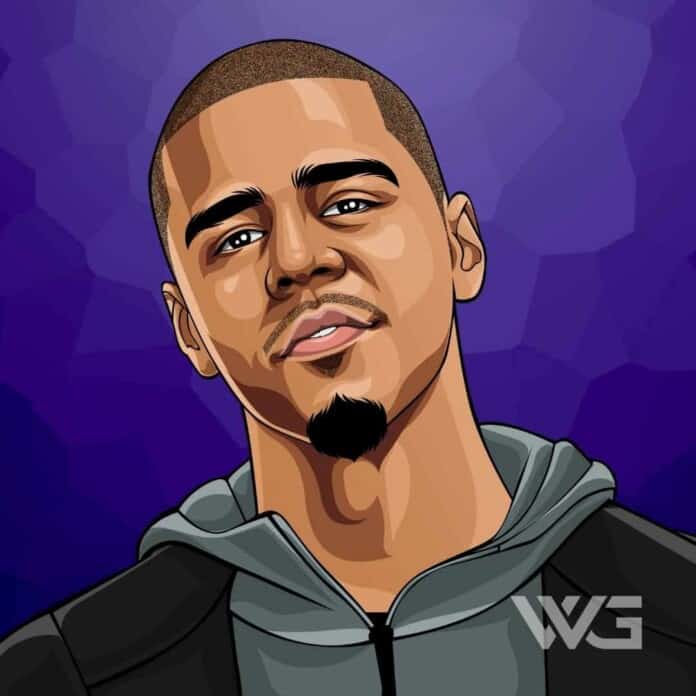 What is J Cole’s net worth?

Jermaine Cole, known by a mainstream audience as J. Cole, is an American rapper, singer, and producer. Cole first gained recognition in 2007 upon the release of his debut mixtape, named ‘The Come Up’.

From there, he went on to become a superstar, and has earned his fair share of money within the past decade or so.

Let’s take a look at the story of Jermaine Cole, and how he was able to achieve such success…

When Cole was 12 years old, he began rapping. His mother also bought him a music sampler for Christmas, which inspired him to also start producing.

J Cole graduated from St. John’s University in 2007 with a degree in communications and business; however, he didn’t receive his degree until 2015.

By 14 years old, Cole had notebooks filled with songs, lyrics and ideas. He was also heavily into the producing side of things, but only had enough equipment to make sample beats.

His mother purchased more equipment for him, to help him become better at producing; and a couple of years later he was posting songs on forums online.

Jermaine released his debut mixtape in 2007, titled ‘The Come Up’, followed up by ‘The Warm Up’ two years later. This time, his work was noticed by many, and he got an opportunity to collaborate on a track with Jay-Z.

In 2010, he started popping up on many artist’s songs, such as the likes of Drake and Wale, and was then signed to Jay-Z’s record label, Roc Nation.

From there, J Cole went on to release multiple albums, perform at his own shows, and start making a lot of money.

Here are some of the best highlights of J Cole’s career:

“To appreciate the sun, you gotta know what rain is.” – J Cole

“Take a chance, because you never know how perfect something can turn out.” – J Cole

“Keep grinding boy, your life can change in one year, and even when it’s dark out, the sun is shining somewhere.” – J Cole

“I’d rather be happy being myself than sad trying to please everyone else.” – J Cole

View our larger collection of the best J Cole quotes!

3 Keys to Success from J Cole

Now that you know all about J Cole’s net worth, and how he achieved success; here are a few success lessons we can all learn from J Cole’s music career:

1. Take A Chance on What You Love

Cole was originally rejected by Jay-Z when he presented a selection of his songs to the star. A while later, he was signed to Jay-Z’s company. You can’t shy away from what you love. Take a chance on it, and don’t look back.

Jermaine was only 12 when he first became interested in music, and he didn’t wait. He began improving his producing skills, and writing songs. By 14, he had a notebook filled with them.

In an effort to improve, J Cole was also focused on learning more about producing. He took the equipment he had to the limit, until he was able to get more advanced tech.

How much is J Cole worth?

J Cole’s net worth is estimated to be $60 Million.

How old is J Cole?

How tall is J Cole?

Jermaine Cole is a successful recording artist, and his quotes are also some of the most popular on Wealthy Gorilla.

What do you think about J Cole’s net worth? Leave a comment below.